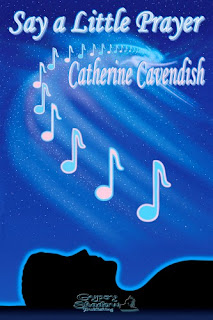 Today I am delighted to announce the publication of my lighthearted short story 'Say A Little Prayer':
Every night, Jane Furnival prays for the souls of the dead celebrities she most admires. Somewhere, in a parallel dimension, those she prays for must gather and it’s an odd assortment of stars – from Jim Morrison, John Lennon and Marilyn Monroe to Agatha Christie who’s still writing plotlines in her notebook. But can they help her resolve the biggest crisis in her life? Her formidable, long-dead Aunt Margaret decides if anyone can, Jim Morrison’s her man, so accompanied by Marilyn Monroe in a skin-tight gown, the two set off on a mission to find $5000 before breakfast.
Here's an excerpt:


Jim Morrison leaned back and stared out at the young woman as she knelt in prayer. It was early and she had only just begun, so the small room was quiet and still. Soon, if this was a typical night, others would join him. He sighed. God, some nights you could hardly breathe in here there were so many of them.

Suddenly the irony of his last thought struck him, and he laughed. Breathe; yeah man, that’s a good one. Haven’t drawn a decent breath since 1971!

Why did she do it anyway? I mean, it wasn’t as if she had ever met him. Sure, she loved his music, although she wasn’t even born when he had joined Jimi and Janis on the other side. Come to think of it, where were they hanging out these days? Jim shrugged. Maybe the girl would pray for them tonight. Hell, she pretty much went through the whole back catalog of music legends—not to mention Marilyn Monroe—and Jim was sure he had caught a fleeting glimpse of a rather bemused JFK the other night. Probably couldn’t understand why he was rubbing shoulders with a sexually frustrated Mama Cass. Jim shivered as he remembered his last encounter with her. Even in her current state she was a big force to be reckoned with and didn’t take rebuttal graciously.
He shifted position and heard sounds behind him.

“Evening Jim.” The familiar nasal Liverpool twang of John Lennon greeted him. “Has she got to George yet?”

“Forgotten him tonight, I think.”

“He won’t be very chuffed.”

“Thought you and her had a bit of a thing going.”

“Too much like hard work. She throws things, and I tell you man, those bottles still hurt—even here.”

“Shouldn’t do. This is supposed to be heaven. It only hurts in the other place.”

“I’m telling you man, if Janis Joplin throws a bottle of Southern Comfort at your head, you’re gonna know about it.”

“You two boys arguing again? Honestly, what does a girl have to do to get a little bit of attention around here? Move up, sugar.”

Jim did as he was bid. He had never managed to get the hang of saying no to Marilyn Monroe and, anyway, what man in his right mind would want to?

“She looks so lonely out there,” the honeyed voice of his Chanel-scented neighbor washed over him. Behind him, John Lennon was chatting to some new arrivals. Two deceased Beach Boys, three-quarters of the Mamas and the Papas, Freddie Mercury and, for some unfathomable reason, Agatha Christie joined some bemused members of Jane Furnival’s family.

“Later, sugar, and not here,” she whispered as she gave his hand a squeeze and returned it to his own knee.

“Isn’t there something we can do to help her?” An elderly woman with a determined air tapped Jim on the shoulder. He turned his head. “Young man, you seem to have a bit about you. Can’t you do something for her? After all, she prays for you every night.”

“Okay, Aunt Margaret, what can I do? What can any of us do? We’re all dead.”
'Say A Little Prayer' is available now from the publishers, Gypsy Shadow Publishing
http://www.gypsyshadow.com/CatherineCavendish.html#Prayer

STOP PRESS: Now available from  Amazon on Kindle and from Smashwords, AllRomance/Omnilit, Book Strand, Books on Board