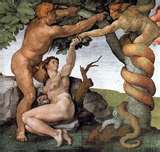 As any writer of paranormal/horror stories knows, nothing beats a good demon. And there are plenty to choose from, drawn from every religious tradition known to mankind. Of course, picking your demon carries with it a responsibility of a similar nature to that held by a writer of historical fiction. While you can bend history, distort it and use a modicum of poetic licence, no historical fiction writer worthy of the name would create a Vlad the Impaler who was a sweet, socially reforming angel, kind to small furry animals.
So it is with demons. Readers of the genre don’t want them to be the sort of beings they could take for tea at Claridge’s or even down to their local pub for a pint of Guinness.
Worse than that though, would be to commit the grievous sin of taking a famous demon and having them behave contrary to widely held myth. Take Harpies, for example. There are three of them – no more, no less. Introduce a fourth one and you are entering the Zone of Disbelief. We even know their names (Aello, Celaeno and Ocypete) As far as their characteristics are concerned, you have a couple of options. At one time, they were described as beautiful, winged maidens. Later they became winged monsters with the faces of ugly old women and equipped with crooked, sharp talons. They carried people off to the underworld and tormented them. Those persons were never seen again. You can write a great story featuring Harpies but change any of the known details at your peril.

If you want to play safe, you can always create your own demon because the rules are then pretty much what you make them. I have done this and I know many others have too.
And then there’s Lilith.
Lilith features in practically every ancient tradition from the Hebrew, to the Babylonian, Sumerian, Assyrian and ancient Greek. Her name is thought to mean ‘female demon’ or ‘wind spirit’ or more particularly, ‘female night demon’ and she is probably best known for her role as Adam’s first wife. Unlike Eve, it is said,  she was created out of the dirt, as Adam was, and was intended to be his equal. She refused to lie with him because she would not take the expected recumbent position. Yes, move over Jennifer Lopez, if you want a real diva, Lilith’s your woman.
And, if you want plenty of variety in your demon’s story, she is also well worth  a  closer look.

In some traditions, far from being created after Adam, she is portrayed as having been created before him, or at the same time, or indeed to have been created within Adam. Another states that she was attached to his side and when God separated them, she flew off to the Cities of the Sea and began to attack humankind. She is also said to have been the first of the four wives of the demonic archangel Samael. There are any number of permutations and that is just a small selection.

A commonly held tradition is that she and the serpent in the Garden of Eden were firmly linked (maybe even one and the same) and pictures of Lilith often show her entwined with a snake. As a result, she is said to have tempted Adam into evil by whispering words of encouragement to Eve about the beneficial effects of a certain apple.  When Adam separated from Eve for 130 years, Lilith lay with him each night.
She was said to visit men sleeping on their own at night and have her wicked way with them. She was also said to steal and kill babies. Another tradition has it that she gave birth to thousands of her own little demons. Yet another, that she was the handmaiden to the Goddess Ishtar. The Kabbalah says that she could transform herself into a beautiful blue butterfly. She was even purported in some traditions to have vampiric tendencies. And, by others, to be able to enter women’s bodies through mirrors.
King Solomon even suspected the Queen of Sheba to be Lilith – because she had hairy legs!
So there you have it, a versatile demon diva who can enchant, possess, tempt, corrupt, steal, kill and possess. Just pick your tradition – or even mix them up a bit – and away you go.
Just don’t make her subservient to any male – demon or otherwise. That is likely to make her angry.
And all the traditions agree about one thing. An angry Lilith is never a good thing…
Posted by Catherine Cavendish at 14:39