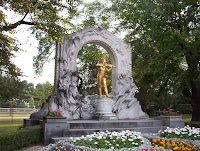 Vienna. Its name alone conjures up images of the golden statue of Johann Strauss in the Stadtpark, eternally playing his violin; the Blue Danube (which is more a muddy grey colour actually) and Sachertorte accompanied by lashings of whipped cream.

It is, without a doubt, one of the most culturally endowed, beautiful cities in the world.

It is also renowned as one of the safest.
Ironic then, that it should possess one of the goriest museums I have ever visited in my life.
Vienna is a city well populated by museums. Not just the many situated in the MuseumsQuartier on the Ring, but down side streets, off the beaten track and down mysterious alleyways. There is a separate museum for practically everything. From tobacco to trams, Sigmund Freud to theatre, as well as military, art, science, social and natural history. In total, there are well over 100, but perhaps the most curious is a little building, tucked away down a side street in the 2nd District (Leopoldstadt).

You are highly unlikely to stumble upon it by accident, but a determined effort and a tram ride and there you are.
Although not intended to be exclusively concerned with the city’s grisliest murders, the lasting impression it leaves you with is that of skulls (of executed murderers)and images of mutilated bodies.
One such example of a skull belonged to a deceptively charming looking gentleman by the name of Hugo Schenk. He was a serial killer par excellence, preferring his victims to be female, young and attractive. In his hands, they wouldn’t stay that way for long. Rape and drowning awaited them, after he had wooed them, convincing them he was a Polish Count. Sometimes, he was even assisted in his evil crimes by his brother. 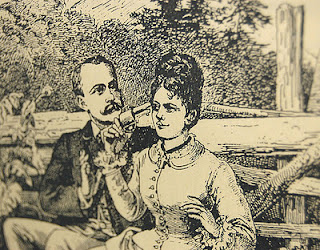 Having apparently tired of his usual method of killing, he taught one unsuspecting victim to play Russian Roulette (with an empty gun, of course!). Sad to say, the young woman paid for her naivete with her life when she shot herself, saving him the trouble of tying a boulder to her feet and chucking her into the Danube.
When he was finally caught, Schenk was reported as having been in correspondence with at least 50 women – no doubt all of whom were destined to share the fate of their many predecessors.
This and many other stories await you within the dark and rambling confines of the Vienna Crime Museum.
Although I saw children there, I personally would not recommend it for anyone below the age of 13 or 14 or if you are of a particularly nervous or squeamish disposition.
But for everyone else, next time you find yourself in Vienna on a rainy afternoon and fancy a trip to the dark side, get yourself along to:
Kriminalmuseum
Große Sperlgasse 24, A-1020 Wien
(If you don't read German, you may need your dictionary as all the descriptions are in German but as the objects and images are graphic, you may find you don't need it as often as you may anticipate.)
Posted by Catherine Cavendish at 12:16