Want To Know A Secret? 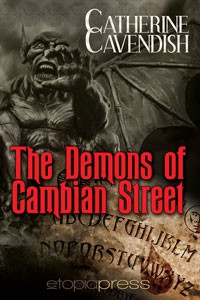 Yes, it's time for me to come clean. Readers have been asking me after all. The Cambian Street of my latest short novel is based on a real location, although in true writerly tradition, I have changed it a bit. Widened it actually and made it busier.
The pretty town of Priory St Michael is also real, complete with the old bridge over the river and its idyllic scenery.

The steep High Street, mentioned in the story, exists and is pretty much as you would see it if you visited (although the traffic can be far more treacherous than the photos below depict). The Club is up there. On the corner of the street that became Cambian. 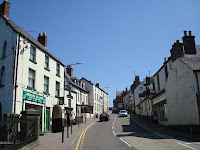 More particularly, the infamous cupboard also exists - wherein lies so much evil.
OK, I'm not going to show you any pictures of that - believe me, it's not for the fainthearted! So, instead of that, here are a couple more scenes of the real locations behind the settings for The Demons of Cambian Street:

All that remains, of course, is for me to tell you where this particular location lies, but that would be too easy, wouldn't it? I won't tell you whether it's a town, city or village but I will tell you that it is in North Wales.
Any guesses?
Posted by Catherine Cavendish at 14:25