Today, I am delighted to hand my blog over to PETER GIGLIO, whose novella, A Spark In The Darkness is published with my story, Cold Revenge in the two author anthology, Cold Sparks.

Peter is a bestselling Horror writer and active member of the prestigious Horror Writers' Association. Here he shares his thoughts and experiences concerning the rocky, often fraught road to publishing success. Over to you, Peter:
You’ve probably heard it said, “Good things come to those who wait.” But, especially for writers who are looking to get published, that platitude often rings false. Fact is, one voice seeking the same literary real estate that hundreds and thousands of others are is more likely to meet with rejection than acceptance. It’s easy to let that rejection get you down, scar you, make you prone to impulse: self-publishing or giving up your dream. But don’t give in. Regardless of the changing marketplace, everyone needs to be edited, and—this isn’t going to be popular—everyone needs to be rejected.

About a year ago, I brushed off old manuscripts that were passed over for various reasons. At the time they were given the dreaded “No thanks,” I was mad, certain that politics had kept my little masterpieces from print, suspicious that they hadn’t even been read. With detachment, I read them. And I was shocked. They were terrible! Not bad ideas, but the execution was all wrong. It became clear that I had been rushing, trying too hard to hammer out all of my ideas, sure that publishing was a simple numbers game: submit often enough and you’re bound to hit the occasional acceptance. As someone who has now edited two anthologies, I ask myself, “Would I have accepted these stories?” The answer in each case is not only no, it’s a resounding “Hell no!”

Whether waiting in line at the grocery store or for a package I’ve ordered or for money I’m owed, one thing is always true: Waiting is hell! For some of these stories I waited upwards of eight months just to get bad news. But here’s what I was missing, and what, I suspect, so many others commonly overlook. I hated waiting so much that I didn’t exercise patience with myself. I rushed to the bank, then waited for the teller. I rushed to the grocery store, then waited on the cashier. And I was rushing my words, then waiting for praise. Doesn’t make much sense, does it?

So I made an active effort to change my outlook last year, became more patient with myself, took my time, not only with writing but with all aspects of my life, and the results have been astounding. In the last year, I’ve sold three novels, two novellas, and a slew of short stories, some of them to pro-paying markets. I’ve never been happier or more productive.

People often ask me what advice I have for other authors, particularly those who are starting out. I’ve shared a lot of the old chestnuts: read widely, write often, and get people you don’t know to read your work. I stand by all those tidbits of conventional wisdom, but the most important thing anyone can do, even those who don’t write, is take your time, smell the roses, and don’t be in such a hurry to get where you’re going. More conventional wisdom? Perhaps. This nugget of truth, however, granted me a level of self-awareness that has expedited my dreams. As always, results may vary. 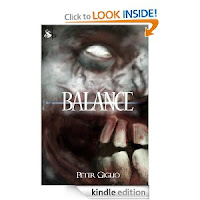 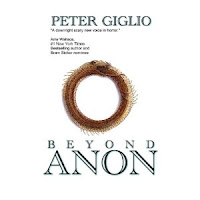 Peter Giglio lives in Lincoln Nebraska and is Senior Editor of Evil Jester Press. He is the author of three novels (Anon, Beyond Anon, and, with Scott Bradley, The Dark) and two novellas (Balance and A Spark in the Darkness). Peter and Scott have also written a currently unproduced feature-length screen adaptation of Joe R. Lansdale's classic short story "The Night They Missed the Horror Show."

(Cold Sparks is available in paperback and e-book formats)


Peter is delighted to welcome readers to his website: http://www.petergiglio.com

Posted by Catherine Cavendish at 16:36