You Can Bank On Dave! 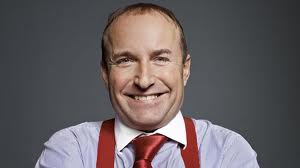 'You can't open a Bank!' they told him and that was probably the most important single factor in ensuring that Dave Fishwick did just that. You see, never tell this man he can't do something because he will fight with every last breath to prove you wrong and he'll do it in spectacular style.

In a week when the NatWest and the Nationwide have managed to create yet more grief and mayhem for their customers, I thought I'd turn my attention to a larger than life personality who decided to take on the cosy cartel of the big banks and their obscenely self-serving bonus culture. 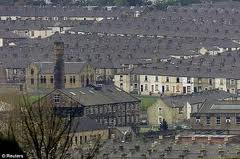 41 year old Dave Fishwick hails from Burnley in Lancashire - a former mill town - whose inhabitants, in common with so many in the UK, have been hit by recession and the banking crisis. Dave is a self-made millionnaire who left school with 3 CSEs and big dreams. Through hard work, Northern grit and sheer ballsiness, he started with nothing and created a business that is now the UK's largest supplier of new and used minibuses and minicoaches. He is passionately committed to high standards of customer service and he could see that no such standards were reflected in the banking system. In fact, their outright refusal to invest in small and medium sized enterprises was (and is) stunting economic growth and even starting to affect his own business.

His concept was to establish a tiny independent bank, lending money to small local businesses that were being refused by the High Street banks and paying 5% interest to people who saved with him. There would be no fat cats. No bonuses. Just straightforward, simple, old fashioned banking.

Everywhere he turned, they told him he couldn't do it. He couldn't call himself a bank because he didn't meet the criteria, so he couldn't have a license. The Financial Services Authority refused to even meet with him. So Dave set out to prove them all wrong - and succeeded. 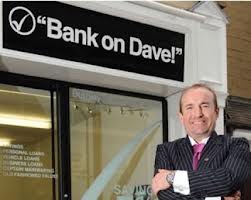 He lobbied MPs, got his solicitors and accountants working on finding ways around the red tape. When they told him he couldn't call himself a Bank (as in 'Bank of Dave'), he called himself officially Burnley Savings and Loan - but the signage screamed 'Bank On Dave'. Do I see any vertically raised digits there?

Dave has written a book and Channel 4 recently aired a two part documentary about him which makes fascinating viewing. You can see from this that his forceful personality significantly helped his cause and this, combined with his determination and refusal to take 'no' for an answer, meant he was earning himself a lot of publicity.

Eventually certain politicians decided they had better listen to him as his entrepreneurial spirit was supposed to be something they espoused. Cue Vince Cable, Ken Clarke and others. 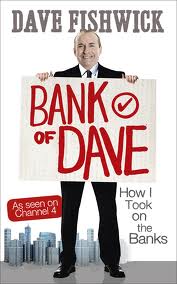 To cut a long story short, Dave managed to find a perfectly legal, if slightly uncoventional, method of achieving his objectives. Now hundreds of Burnley people are banking on Dave and small local businesses he has invested in are thriving. Not that he throws money away. Dave carefully vets each applicant, but it is his personal involvement which makes all the difference.

One of his customers, Garlands, a florist, had had their loan application turned down by one of the fat cat banks even though the business was in profit and the owner, Rachel McClure, had a good credit record. She needed just £7500 to revamp the shop front. Dave looked carefully at the business, saw her as a good risk and lent her the money. Her business has now increased and she has never missed a repayment.

In fact, 98% of his customers pay on time, equalling the best the major banks can boast. Rachel's High Street Bank meanwhile have informed her that any future enquiries about loans should be directed to their Head Office. Presumably they don't intend to send their Manager to talk to her personally. Their Head Office is in Glasgow. 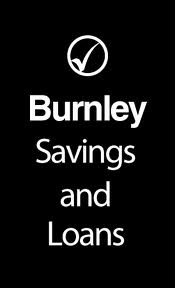 Dave's mission continues. He wants to see his unique model of 'peer-to-peer lending' rolled out in every town and city in the country. He has proved it can be done and he will continue to lobby politicians and be a constant thorn in the side of anyone who stands in his way. He intends to take his 'Battle Bus' to Strasbourg to the heart of the European parliament and he won't give up until they listen to him and take action. He has proved there is ' another way' - an alternative to the big, greedy banks - and I, for one, wish him well.

For a limited time, you can watch Channel 4's 'Bank of Dave' here: Bank of Dave
and here's the link to Burnley Savings and Loans

Posted by Catherine Cavendish at 12:54