There's A Moth In The Kitchen And Other Terrifying Encounters

I have a phobia. Nothing unusual in that of course, but mine is a completely irrational fear of anything fluttering around me - especially if it happens to be in the house. 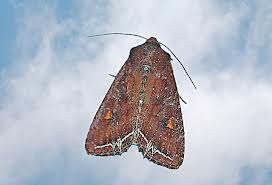 In the normal course of events, this boils down to a horror of moths and, when added to my equally irrational fear of insects, you can imagine what kind of meltdown occurs when I am confronted by something that not only wiggles its antennae at me but also has the audacity to flutter its wings and dance about insanely before crash landing on my shoulder.

This morning my Nemesis was lurking behind the cooker. There I was, minding my own business, cleaning away, when I spied something brown on the floor. Thinking it was maybe a stray piece of toast, I approached it with my brush. It moved. Of its own volition. Toast doesn't do that. I screamed. 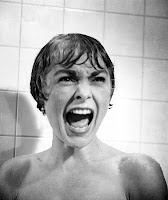 At this point, I retreated to the far side of the kitchen, shivering and shaking. At that moment, my tortoiseshell cat, Mimi, ambled in and decided to investigate the, now static, creature on the floor. She sniffed it. It flew up. I then did my Janet Leigh impression. If the neighbours had been at home, they would have sworn Norman Bates was advancing towards me armed with a kitchen knife.
'Kill it, Mimi!' I yelled.

Now I used to have a tabby tomcat called Jennie (I know, female name. Long story). Jennie understood and took pity on me for my phobias, making it his life's work to keep all things crawly and fluttery away from me. All I had to do, when I spied anything nasty was say, 'Jennie. Kill' and off he'd pounce. Many's the time I have shut him in the hall with something terrifying and after a lot of banging and crashing, a muffled miaou would indicate that it was safe to open the door and in he'd trot, tail aloft, licking his lips. On investigation, only a spindly spider leg or stray moth wing would evidence the momentous battle that had been waged.
Mimi isn't like that. She has a different perspective. It's called DIY, as in, 'If you want that moth killed, do it yourself'. In response to my naked terror, she stared at me and then blinked her emerald eyes before licking her right front paw and sauntering off. Leaving me alone with the gigantic winged beast which by now had settled on the kitchen windowsill. I stood, frozen to the spot, hardly daring to breathe. The only window I could open was a small transom affair, far too close to the moth for me to approach.

I waited.The creature didn't move.I made a run for it and escaped upstairs into my office, where I now sit, typing this up. I'm delaying the inevitable, of course. The monster can't get outside without my assistance, so I'll have to return. Just not yet. 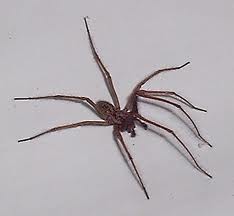 I've always been like this. And I'm not alone. Years ago, I shared a flat with Cindy, a  friend of mine, in Bedford. Now Bedford is noted for the enormous dimensions of both its spiders and its moths. I have never seen such big ones. One, never-to-be-forgotten Friday night, she and I discovered a massive arachnid in the corner of our living room. She screamed and grabbed a long handled - very long handled - American broom and thrust it at me.

'I'll open the door and you sweep it out,' she said and, much against my better judgement I prepared to do as she suggested, but first I walloped it on the head.

'What did you do that for?' she asked, wide-eyed.

'I thought if I stunned it, there would be less chance of it escaping. They move really fast, you know.'

'I know,' she said, eyes blinking rapidly in her blanched face.

Whether due to being bashed on the head or not, the spider did seem a little dopey as I swept it out into the hall, along the tiled floor towards the front door.

'I'll count to three, open the door and you sweep it out and down the steps so it doesn't find its way back,' Cindy said.

I nodded and kept my eye on the spider, bits of which were wriggling through the fibres of the broom.

'One-two-THREE!' In one swift movement, my friend yanked the door open and I swept the creature out onto the top step whereupon it became very angry indeed. It must have done. It's the only explanation for the furious way in which it spun around and attempted to re-enter the building.

Cindy and I both screamed and then I started trying to bash the spider, but it kept on escaping.  It was dark and passersby gave us some very odd looks as again and again we attempted to repel the invader. Finally, with enormous courage, Cindy grabbed the broom off me and took a swing Tiger Woods would have been proud of. With tangible relief, we watched the spider launch into space, never to be seen again.Then we returned to the living room for a well-earned brandy. 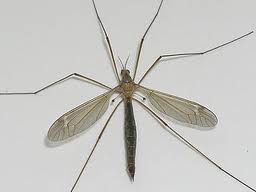 I could tell you of many more scary encounters - such as the apocalyptic Invasion of the Crane Flies and the nerve-shredding Revenge of the Flying Ants. But the time has come. I have to go back down to The Kitchen. I can hear the music from Jaws playing in my head. A cold sweat has broken out on my palms and goosebumps are rising on my arms. The hairs on the back of my neck are twitching.

Wish me luck.
Posted by Catherine Cavendish at 17:24