Today I am delighted to hand over the reins to author, Alan S. Blood, who, like me, has found considerable inspiration in the wilds of Northumberland...Over to you, Alan: 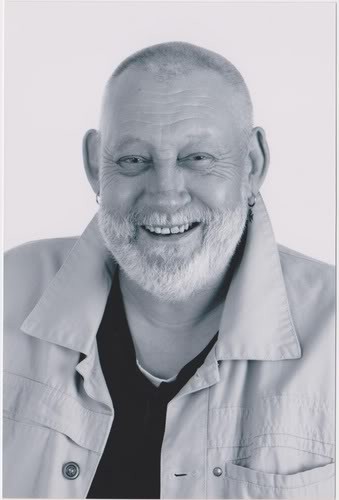 Capturing the Castle (How “Once Upon a Castle” was born)

On a bitterly cold, November afternoon, I found myself stranded near Bamburgh Castle on the wild Northumberland coast whilst the local, old fashioned garage, with tall petrol pumps, repaired my broken-down car.

The delicate, somewhat bright, late autumn sunlight created an eerie, pastel coloured scene, albeit tempered by a biting breeze, yet quite magical, certainly ancient, and almost ethereal.
Vikings have landed here,’ I told myself scanning the unique white beaches below the hazy castle ramparts. It was one of those strange experiences that triggered the imagination and I could see a Scandinavian longship coming ashore, disgorging horned-helmeted warriors seizing the beach before storming inland to ravage the sparse Saxon populace. I could feel that there was a tale to be told.

With the genesis of a story in my mind, I conducted research into Northumbrian castles and was intrigued to discover there was another ruined castle along the coast. This gave me a plot basis involving two castles, one of which was real and the other a phantom! Ideas built as I thought this was an area to where children were evacuated during World War II.

Things shaped towards an exciting novel for young adolescents involving twelve-year-old twins, Tom and Mary (to appeal to both sexes) who dread being sent from southern England to Aunt Victoria’s Northumberland farm. Yet she proves to be young, and fun, until lessons are arranged with a terrible private tutor, Miss Urquart. Their London Uncle Toby had said: “There will be castles to explore with ghosts and things.”

Teenage rebelliousness ensues as the twins escape and riotous, scary adventures involving castles, Vikings and even the Royal Navy begin.

Once Upon a Castle is republished by USA publisher GMTA Publishing under their imprint, Mythos Press. 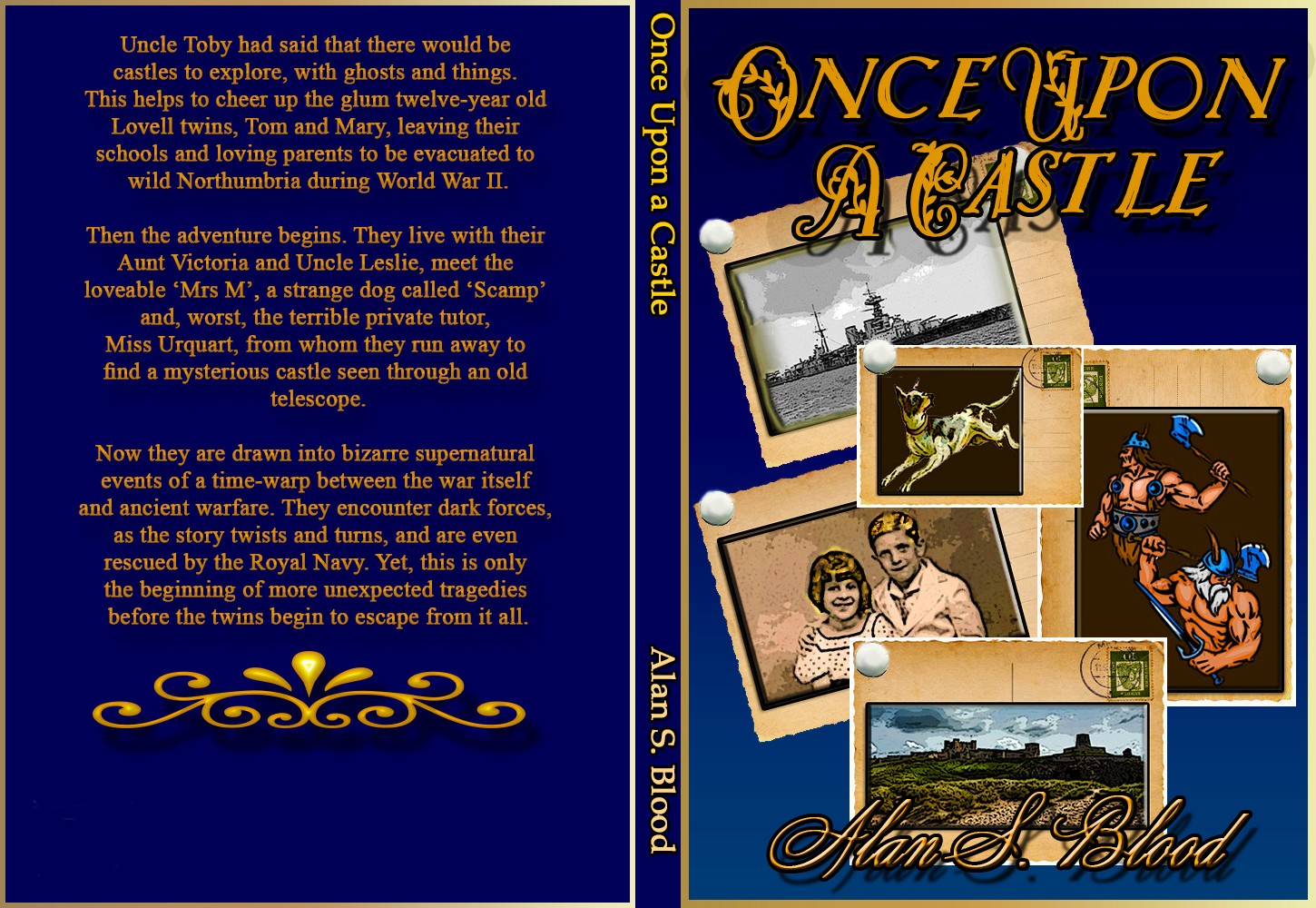 Uncle Toby had said that there would be castles to explore, with ghosts and things. This helps to cheer up the glum twelve-year old Lovell twins, Tom and Mary, leaving their schools and loving parents to be evacuated to wild Northumbria during World War II. Then the adventure begins.

They live with their Aunt Victoria and Uncle Leslie, meet the loveable ‘Mrs M’, a strange dog called ‘Scamp’ and, worst, the terrible private tutor, Miss Urquart, from whom they run away to find a mysterious castle seen through an old telescope.

Now they are drawn into bizarre supernatural events of a time-warp between the war itself and ancient warfare. They encounter dark forces, as the story twists and turns, and are even rescued by the Royal Navy. Yet, this is only the beginning of more unexpected tragedies before the twins begin to escape from it all. 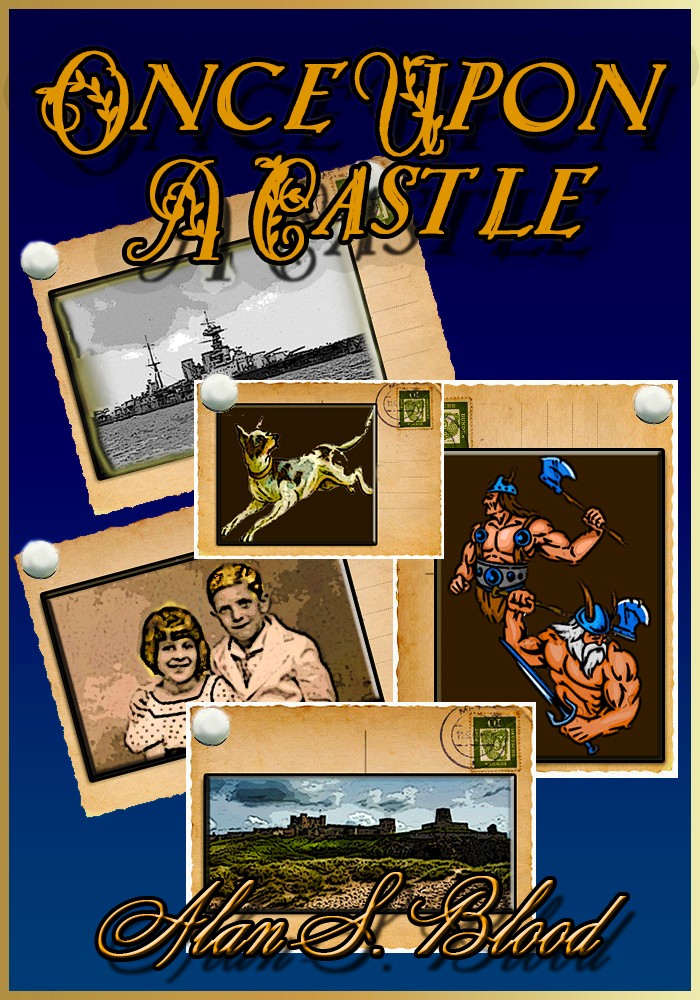 Alan S. Blood worked in the British Civil Service, Advertising and journalism (edited three publications) before qualifying as a Teacher from the University of Reading, England. He enjoyed a long, distinguished career in the Teaching Profession, in both Primary and Secondary levels of education, in several parts of the UK - which eventually led to Senior Management. His main subject area was English and, at one time, he was Head of English and Drama. Throughout, he gained considerable knowledge of literature that children and adolescents enjoy.

Alan now devotes his time to writing novels, plays, screenplays and poetry. He won top award in the ‘Hastings International Poetry Festival’ (2003) with his controversial ‘litter’ poem ‘CONTRITE CAN CANNOT’. The paranormal genre features in much of his prose work.

‘ONCE UPON A CASTLE’ is a ghost story written for young people (but also enjoyed by adults) set in World War II. It concerns both a real and a phantom castle based upon Alan’s experience of strange castles on the wild Northumbrian coast of England on cold, dark wintry afternoon.

Alan Blood has widely travelled the world and undertook research in Chile where some of his supernatural crime thriller ‘CRY OF THE MACHI - A Suffolk Murder Mystery’ is set. He was previously a Cotswold Morris Dancer and the novel is a conflict between the forces of good and evil linking a Chilean ‘Machi’ and ‘organised crime’ to murders in a Suffolk Morris Men side.

Alan enjoys wildlife photography in the Welsh countryside, painting and scraperboard engraving. He lives in a Victorian (1873) house below the Cambrian Mountains of Mid-Wales.

Thank you for joining me today, Alan. I wish you every success with Once Upon A Castle

Posted by Catherine Cavendish at 13:17