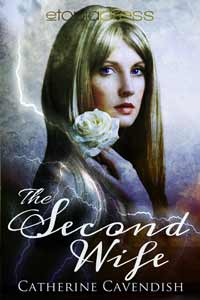 At some stage, a wall had been knocked down and two sizeable rooms had become one. Through a simple archway, the second half of the room was dominated by a framed photograph of a beautiful blonde woman, which hung above another marble fireplace. I was drawn to the photograph and moved closer, until I stood within a few feet.

Joe sighed and ran his hand through his hair. “Emily. My late wife. I told you about her.”

I nodded. I had only known Joe for a short time, but I felt as if I had known Emily for years. I knew her nickname had been Willow, and could now see why. The face that stared back at me was undeniably beautiful, with high, aristocratic cheekbones and thick golden blonde hair that cascaded way below her shoulders. Her eyes were a vivid violet and her mouth, shaded a delicate pinky apricot, perfectly complemented her peaches-and-cream complexion. If the portrait had been full figure, I know I would have been looking at a slender, graceful woman with perfect poise.

Damn her! I thought to myself. I was keenly aware of what a contrast I must have been with my short dark hair, olive skin, and penchant for wearing jeans and T-shirts. After such perfection, what on earth did Joe see in me?

Maybe the photographer had used an airbrush, but I couldn’t see one blemish on that beautiful face. The shot had been taken from an angle so that she wasn’t quite full face. She was unsmiling. The set of her mouth and the way her eyes stared out at me gave her an enigmatic air. One hand was raised to her cheek, its long, perfectly manicured fingers clasping an exquisite cream-colored rose.

I stared long and hard at that photograph, taking in every detail, hardly aware of Joe telling me about the furniture and where Emily had found it all, who had decorated for them and the dinner parties she had hosted to raise money for all the worthy charities within a fifty mile radius.

Perfect Emily. Saint Emily, I thought, as she gazed lifelessly down at me.

I stared, unblinking, sure I must have imagined it. Had that been a flicker of recognition? But this was a photograph. Emily was in her coffin six feet under St Matthew’s churchyard. By now she was hardly more than a moldy skeleton.

So why was I certain—just for a fleeting second—that she had looked back at me?

The Second Wife is available now from:

Posted by Catherine Cavendish at 09:38