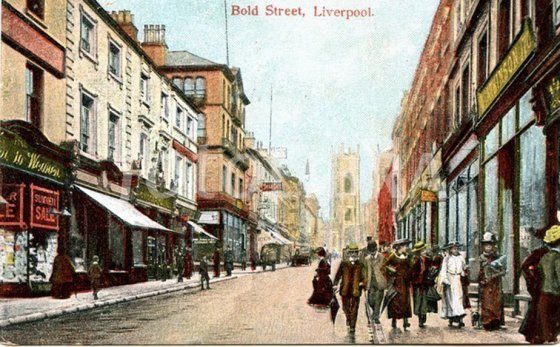 In times gone by, Bold Street  was known as 'the Bond Street of the north' - the place to see and be seen  for Liverpool's polite society. Both sides of the street featured fashionable shops, furriers, tailors and milliners, whose merchandise were strictly for the well-heeled. If you shopped in Bold Street, you were someone.

A stroll up the busy partly pedestrianised street now gives a very different impression. There is little to distinguish it from any other shopping street in the city - except for a rather strange phenomenon. It seems that, now and again, Bold Street can spring a surprise on unwary shoppers and transport them back to a bygone age. 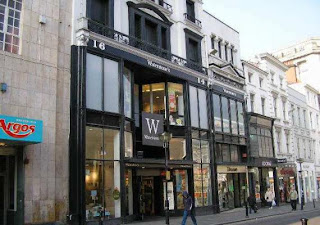 In 1996, a husband and wife decided to go to Waterstones the bookseller in Bold Street. The wife walked on ahead while her husband went into another shop. When her husband was ready to join her, he looked over at Waterstones. Or, to be more accurate, he looked over at where he expected to see Waterstones. But where their name should have been, he saw the name 'Cripps'. Puzzled, he was about to cross the street when the honking of an old fashioned motor horn stopped him. To his amazement, a van with the name 'Caplin's' on the side, sped past him. He was even more suprised when he looked around at the few other vehicles in the street - all of which seemed old fashioned. The pedestrians too were dressed in Forties/Fifties style clothes - the men in raincoats and hats and the women in full skirts, with permed hair or head scarves. 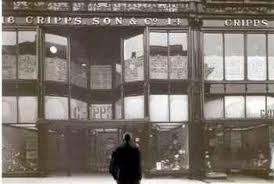 In the shop that should have been Waterstones book shop, he saw handbags, women's shoes, umbrellas - but no books. Then he realised he wasn't alone. A woman standing next to him, dressed in modern clothes, was staring in equal disbelief.

'I thought they sold books here,' she said.

The woman turned and went on her way and the man entered the shop, where normality was resumed. His wife stood there surrounded by books.
It transpires that this was by no means the only occurrence. Frequent accounts of people slipping back minutes, years or decades began in the 1950s. The epicentre of this paranormal activity appears to be around Central Station in the area around Waterstones and the Lyceum.

In the 1980s, in the same location, a woman sat down to eat her lunchtime sandwich at 12.30p.m. The sun was shining but then seemed to dim, as in a partial solar eclipse. She looked around and noticed that the street - which had been crowded with lunchtime shoppers - was suddenly much less busy.


Next to her sat a smartly dressed man dressed in Fifties style fashion, who then engaged her in conversation. He asked her a question and, as she was answering him, she took her eyes off him, while she threw her sandwich wrapper in the waste bin. Not even a second later, she looked back and he had vanished. Also the sunshine was back and people thronged the street once more. There had been no time for him to simply get up and walk away. 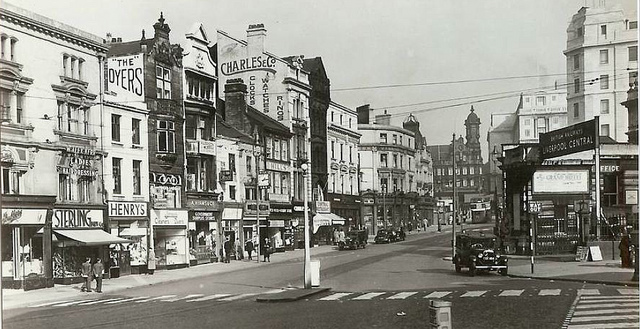 There have been so many occurrences that Para.Science - an organisation dedicated to the serious study, research and investigation into all types of paranormal phenomena - have been conducting an ongoing investigation for some years.

People have individually described such similar accounts in such detail that the theory that mass hysteria could be behind the phenomena is unlikely. One man reported seeing himself and others reported seeing mothers or brothers walking past, when they couldn't possibly have been there as they were in another location at that time.

So why Bold Street?

Liverpool is built on sandstone which contains quartz and creates a strong magnetic field which, it is said, can affect the human mind and indeed time itself. Einstein himself reported that time is dependent on the viewer and can go in any direction. The railway also plays a part as Central Station is right there, at the heart of the most affected area, giving off a very powerful electrical force.

Lots of visitors to Liverpool find it a city in a time warp. Punching well above its weight in terms of history, cultural, musical and artistic heritage, it seems in many ways happiest in the past (while not afraid to confront some of its darkest days). At least that's my opinion. In recent years, there has been extensive remodelling of the city centre with the building of the massive Liverpool One shopping centre and a host of modern style buildings, which now live somewhat uncomfortably alongside the magnificent 'Three Graces'. But it is to the real Liverpool that the traveller wisely turns his/her face and a chance to slip back to the Bold Street of the past - even for a minute - is an opportunity I shall certainly be seeking out next time I'm there.

Tom Slemen has produced a range of books on Haunted Liverpool. Here's a short film where he discusses timeslips in Liverpool's Rodney Street and Bold Street:

Posted by Catherine Cavendish at 12:05