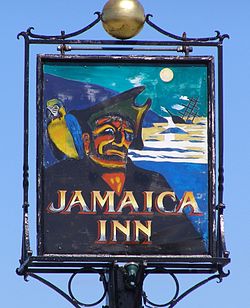 As you journey through the windswept and desolate Bodmin Moor in Cornwall, it takes little imagination to picture desperate smugglers, carting their illegal booty, ever watchful for any sign of the revenue men. How relieved they must have felt when they caught sight of the welcoming lights of Jamaica Inn. Here they would find sanctuary of a sort...


Jamaica Inn is most famous for inspiring Daphne du Maurier to write one of her most famous novels, about Cornish Wreckers and, if it's atmosphere you seek, you'll find it here aplenty. First built in 1750, the Inn was most probably named in honour of the local landowning Trelawny family, who provided Jamaica with two of its governors during the 18th century. Since then, ownership has changed hands many times, and many of the owners have never lived there. One of the most famous is the writer Alistair Maclean, who bought it for £27,500 in 1964, but only actually stayed there for three days! In 1973, disappointed at the lack of return on his investment, he sold it. 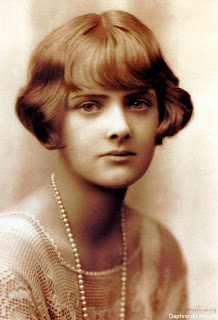 Daphne du Maurier first visited there in 1930. She fell in love both with the Inn and with Cornwall and there is a supposedly true story which may have triggered the story which would become her first bestseller.

One afternoon, she and a close female friend set off on horseback to cross the Moor to visit an elderly lady. Suddenly, as happens in this area, bad weather closed in. Rain, mist and poor visibility left them hopelessly lost and they took temporary shelter in a derelict cottage. They then decided to try again - this time allowing the horses to go where they pleased, in the hope they would guide them back home. It worked and, tired, soaking wet and cold, they saw the Inn's tall chimneys and knew they were safe. By now, it was dark and the poor landlord was out, looking for them with lanterns. He, of course, knew just how treacherous the Moor can be, after dark, in poor weather.

So, did her frightening experience, coupled with relief at the welcome sight of the Inn provide the seed which eventually blossomed into Jamaic Inn? I would say, it certainly contributed.

But what of the ghosts of Jamaica Inn? 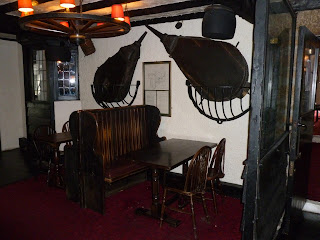 There are a number regularly reported. One of the most famous concerns a stranger, who was drinking his mug of ale at the bar when he was called outside. He left his beer on the counter and was never seen alive again. The next morning, his murdered corpse was found on the moor. No one was ever caught and the stranger's name, murder and identity of his murderer remain a mystery to this day. But in 1911, there were a number of reports in the local press of people seeing a strange man sitting on the wall outside the Inn. He neither spoke, nor moved - but his description was remarkably similar to that of the murder victim.

Over the ensuing years, landlords have reported hearing footsteps tramping back to the bar. Maybe the thirsty stranger returns to finish his drink...

As for the others: Successive managers have reported hearing voices speaking in a strange tongue. Could they be speaking in Cornish? Some people believe so.

Then there is the sound of horses' hooves and the clunking of metal rimmed coach wheels on the rough cobbles of the courtyard; always heard at night, but when you pull back the curtains to investigate, there's nothing there. 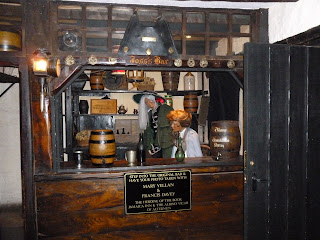 Should you stay overnight and dare to venture outside your room, don't be surprised to see a man in a tricorn hat and cloak disappear through a solid door.


In Room 5, you may be in for more than the good night's sleep you were expecting. When the lights go out, it can get a little noisy with knocks, bangings, orbs and a strong sense of the presence of someone you haven't invited. Beware when you look in the mirror, you may just find your face has changed!

There's a lot going on at Jamaica Inn and with a Smugglers' Museum containing all manner of ingenious methods of smuggling contraband, and the fascinating Daphne du Maurier Room, I recommend a visit.

You can find out more by visiting Jamaica Inn - website

And, lastly, I couldn't possibly finish without some classic screaming from Yvette Fielding. So here is Most Haunted's investigation of Jamaica Inn:

Posted by Catherine Cavendish at 13:57