Conceiving A Story. Where Did That Idea Come From? 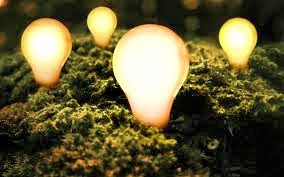 I'm always being asked this question and the truth is, ideas can come from anywhere. A chance comment, a phrase that slips into your mind, a dream (or a nightmare!).

I've just been rambling through a collection of short stories and flash fiction, written when I was a member of an online writing community called Litopia. Sadly, except for Radio Litopia, the site is now defunct. But in its heyday, a lively community of published, unpublished, longing to be published and determined to be published, writers mingled with editors and other publishing professionals and advised, critiqued and supported each other. Real, lasting friendships were formed - ones which I am proud to have to this day.

Every month, Litopia held a Flash Fiction contest on aparticular theme. I've already shared Sarah's Cat and Jamie's Dream from those days. But I had completely forgotten that the idea for one of my favourite novellas was born there too. Then, it was called Dark Shadow, but many moons later, it blossomed into my Gothic Paranormal Horror, Miss Abigail's Room.

The contest that month was to produce an opening paragraph. Here, for the first time outside the echoing halls of Litopia, is the original: 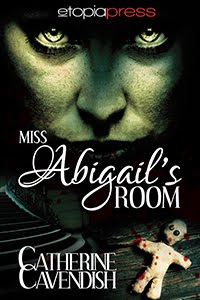 It wasn’t so much the blood on the floor that Becky minded, it was the way it kept reappearing. The tower clock struck nine as she heaved herself, her mop and her bucket up the narrow stone stairs. Turning the handle of the heavy oak door, she pushed its unwilling hinges open. As she peered into the darkened bedroom, she prayed that, just for once, she wouldn’t have to get down on her hands and knees and scrub away the gruesome stain. But there it was again. There was an air of inevitability about it that had long since pushed the fear to the back of her mind. Staring at it, she sighed deeply, before hitching up her skirts and lowering herself onto her aching knees. Soaking a rag in her bucket, she began to scrub, oblivious to the dark shadow in the corner that watched her every move. 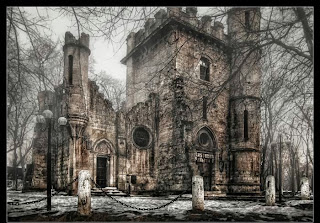 Becky waited for a few months before I let her out again and told her story - a scary tale that one reviewer described (wisely in my view) as, 'not for bedtime reading'. At any rate, not on your own, on a stormy night, with the windows rattling and a power outage...
Miss Abigail's Room is available here:
Amazon.com
Amazon.co.uk
Omnilit
Barnes and Noble
Kobo
And, please, don't have nightmares...leave that to me
Posted by Catherine Cavendish at 10:00