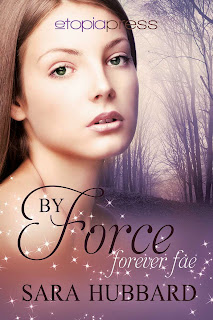 YA author, Sara Hubbard follows hot on the heels of her successful debut novel, Blood She Read with another compulsive romantic adventure - By Force - the first in an exciting new series, Forever Fae. You've seen the stunning cover, now here's a little taster of what to expect:
Getting kidnapped would set her free…


Isame doesn’t want to marry the man her parents chose for her. She wants more: the freedom to travel, the freedom to explore, but most of all, the freedom to choose the life she wants instead of the one her parents expect. When Isame leaves her home to accept a man's proposal, she encounters five fierce, handsome warriors. She wonders why they’ve travelled so far from home. She never imagines their purpose might have something to do with her, not even after they’ve kidnapped her.


Remmie is a fiercely loyal man who is true to his word. When his king commands him to find a young woman on the island of Copaxa, he doesn’t expect the puny woman to hold his attention or to make him consider turning his back on his brothers in arms and his king. But Isame is special and he can see it from the start. Soon he must decide if she is worth losing all he knows and loves for the girl that's worked her way under his skin and into his heart. 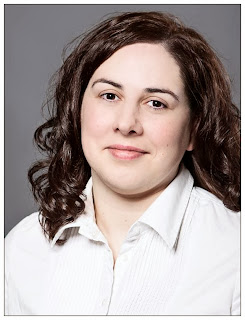 Sara Hubbard is the author of young adult books. Her debut novel BLOOD, SHE READ released fall 2012 and was a NEORWA Cleveland Rocks winner and a RCRW Duel on the Delta finalist.


Sara lives in Nova Scotia, Canada with her two children (four if you count her husband and her needy labradoodle) and works as a registered nurse with the military.

Find more about Sara and her books here:

Posted by Catherine Cavendish at 10:27