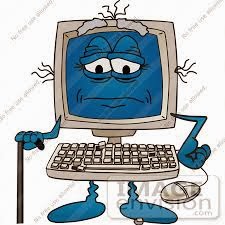 As I have reported elsewhere, on a social networking site near you (probably), my peripatetic lifestyle means I have historically owned two PCs. Lovely towers, one in each major location, built with precision and care by a great friend who knows about such things. Installed with user friendly, 'I can handle anything you care to throw at me', Windows XP.

For half a dozen years, and more (in one case), we have explored strange new worlds of horror, witchcraft, the paranormal in its many incarnations. We have discovered Twitter and other social media, the wonders of itunes and YouTube. And, most importantly, we have resisted every persuasion to upgrade. Windows 7, Vista, all have been waved off with a knowing wink and a 'they'll be back'. Even that young upstart, Windows 8, has been given the brush off. On more than one occasion. 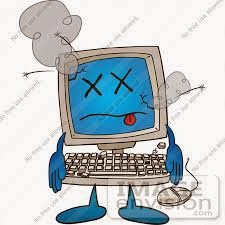 For some time, the older of the two PCs - a sort of elderly, wise statesman who always booted up efficiently, properly and never crashed - has developed a PC version of arthritis. Possibly even osteoporosis. Creaking, ailing, memory almost full. Even tweaking, uninstalling redundant programs and all the other remedial treatments have been insufficient. I had to acknowledge my old friend was slipping into the winter of its life. Coupled with Microsoft ceasing support of XP from April this year, a decision had to be made.

Life support will soon have to be switched off. I will have to let the dear old workhorse cross the rainbow bridge of chips and microprocessors and join its kind in that great Motherboard of the virtual world.

So I now have my first laptop. Oh, I've used one before. Many times. My husband has a collection of them (don't ask). This one is deep purple (did you know I like heavy metal?), possesses 1TB (I'm reliably informed not to worry. This isn't tubercolosis. It's actually the memory of a small planet) and is installed with (cue hysterical screams and ominous organ music) WINDOWS 8. 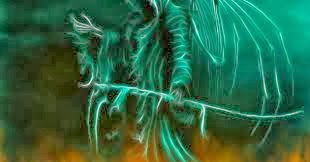 "Aaaargh", I hear you cry. "Run for the hills. Save yourself!"

Yep. Windows 8, with the infernal pop-ups that slide up even when you've specifically ordered your web browser to deny any of them access to you - no matter how much you allegedly need their wonderful offer. Not now, not ever. NEVER. I even uninstalled the program that was initiating them. So, up pops another one. And I can't even find THAT program!

Windows 8, with built in Nanny that smacks your wrists if you dare to try and install itunes (latest version), large files or anything that doesn't take its fancy today (such as Adobe Flash, when used with Firefox, and vital for YouTube). Come back tomorrow and things might be different. Don't hold your breath though.

Windows 8, with its uncanny ability to play hide and seek when you look for things that were perfectly obvious on good old XP. 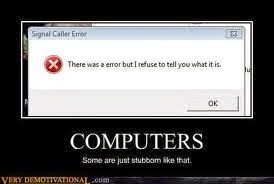 Not that there aren't things to like about Windows 8. Honestly. And when I find them, I'll let you know. Of course, I'll have to write down where I found them because, with no instruction booklet, it's all a bit hit and miss.

"Go to the Microsoft Online help website," I hear (some of you) cry.

Yeah, right. This is Microsoft remember. The Help is less than helpful and is written in a language designed for people who don't need the help in the first place.

Ah well, progress was never designed to be easy, was it? And at least, after two days of trying, I now have itunes (albeit an earlier version). And I can watch YouTube (but only if I use Internet Explorer - other browsers ARE available, of course and I much prefer them, but never mind, eh?)

So, I remain a novice at Windows 8. Happy enough with Office 2013 though. I'm sure it has 101 gadgets that weren't on Office 2003 and I'm still trying to find the ones I actually use (almost there though). As with all technology, I won't let it beat me and I will insist it learns that it is there to serve me and not the other way around. I just keep pressing buttons 'til I beat it into submission and it finally gives up and lets me have the function I want.

As for nostalgia for the good old days of XP, I am also reminded of my very first foray into computers. It was 1989 (or thereabouts) and a couple of years ago, I wrote about my very first PC. Here's a reprise:


Ah those heady days!  OK, if you were born after 1990 you won’t know what on earth I’m on about but if you were born a little (well, let’s face it, quite a while) before then and you were writing anything more than the odd shopping list, you probably remember the revolutionary Amstrad 9512. 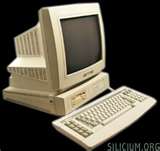 Yes, in the days when Lord Sugar was merely Mr Alan, this incredible, labour saving PCW (that’s Wordprocessor to you and I), launched onto the market to a hail of instantly discarded manual portables and Imperial office typewriters.

It came with a floppy disk drive (well, it didn’t have a hard disk so until you loaded that when you switched on, all you would get is a blank screen) and it had its own printer. This printer took daisywheels and you could buy different ones. So, if you were tired of looking at boring old Courier, you could buy a more interesting looking font – even an attractive joined-up writing one!

And oh the bliss of relegating the box of carbon paper to the back of the shelf ‘just in case’ and the rapidly hardening Tipp Ex to the waste bin.

The printer made a wonderful duh duh duh duh, duh duh duh, duh sound, except when it was drawing a header or footer line whereupon a noise like a rapid machine gun would set the house shaking. Only seven hours and twelve expensive ribbon cartridges later, your six hundred page manuscript was ready. Imagine that! And, if your by now throbbing head (and rapidly dwindling finances) could stand it, you could print off another copy! Wow, the days of saving your precious original in the freezer (it's the last thing to go if your house burns down) were over.

Then, of course, there was the magical spellchecker. Here was a complete novelty. Every time the Amstrad failed to recognise a word you had typed, it would highlight it and give you an alternative – or sometimes, if you were really lucky, more than one. 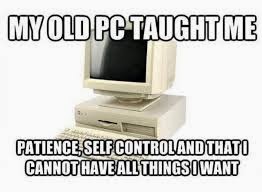 The problem was that its dictionary was quaint to say the least. It was wonderful with medical terms (were doctors part of their market research focus group?) but when it came to common names, it hadn’t a clue. For ‘Anthony’, it offered ‘Anchovy’ and if you didn’t refuse, it would insert it anyway. Try and type ‘Cleopatra’ and it was sure you meant ‘Claptrap’ and, when you weren't looking, would sneak up and insert it. Every. Single. Time. 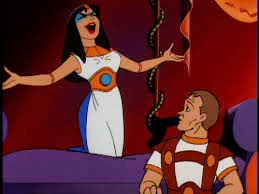 Still, despite its shortcomings, I loved my Amstrad, we wrote six books together and numerous articles, a play and some short stories, until one sad day, I switched it on and nothing good happened. It had finally given up and surrendered to the inexorable march of time and the fully functioning full colour, versatile PC. I now have a quiet, unobtrusive laser printer but, you know, now and again I still hanker for the deafening racket of a fast-moving daisywheel…

So, there we have it. I shall learn to love my new Windows, and I'm already quite at home with my shiny new laptop.

If only I could rid myself of those damn pop ups...
Posted by Catherine Cavendish at 12:00