And The Winner Is...The Nightmare of Zbigniew Rybczynski 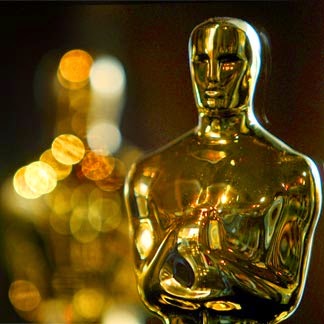 I was having lunch earlier this week with a couple of friends of mine. It was a great chance for a catch-up, and, at some point, the subject turned to my writing. One friend had recently read and (thank goodness) enjoyed, Saving Grace Devine. The other friend asked if there might be a film in the offing? Would I even like that?

Would I? Just wrap me up in brown cardboard and post me to Hollywood. Yes! Yes! Yes! I suspect most novel writers would have a similar (if not quite so manic) reaction. If that genuine offer came up, I’d be standing there, pen poised, ready to sign the contract – after I’d consulted a specialist lawyer of course! 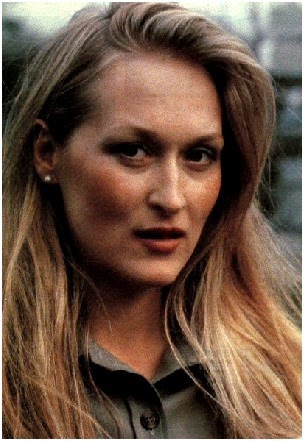 Through all my years of writing, I’ve often mused on what it would be like to see my characters up there on the big screen. I’ve frequently ‘cast’ my stories. Suffice it to say that, if my dreams had come to fruition, Meryl Streep wouldn’t have had a minute to call her own for the past twenty-five to thirty years. Inevitably, I suppose, my fantasies have then wandered off into the stratosphere. You now the sort of thing. I have written the screenplay of my novel. It has been a critical and box office success. Now it’s Oscar night.

Picture it. The auditorium is packed with the great and good of the film industry. The award is for Best Writing Adapted Screenplay. Liam Neeson (it has to be, don’t ask me why), opens that shiny gold envelope. In his soft Irish brogue, he announces:

“And the winner is…Catherine Cavendish for…”

The audience goes wild. They clap. Stamp their feet. I cannot believe it. People I don’t know are hugging me. Gosh, is that really Robert de Niro? Then I’m up on stage, holding that naked gold statue, and vowing to never wash the cheek Liam Neeson has just kissed. Ah, such is the stuff dreams are made of (or something like that). I finish my gracious acceptance speech without a stumble or a flood of tears. More applause as I exit the stage.

Of course, my fantasy is of the perfect Oscar night. As many people will attest, it is not always such plain sailing. Even if you are a winner. 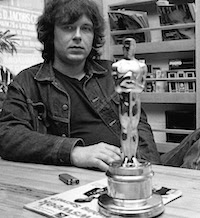 Take the case of Zbigniew Rybczynski.

You know, the winner of the Oscar for Best Animated Short Film in 1983 for his groundbreaking eight minute film, Tango.

The presenter that night – Kristy McNichol – must have been praying his name wouldn’t come up. It did. She did her valiant best to pronounce it. She finally gave up with ““Zbigniewski Sky.” If only that was the worst of it. But the Law Unto Sod took over and it was downhill fast from there.

Up onto stage, came the, somewhat impoverished, Zbigniewski, dressed in poor quality Tuxedo and sneakers, and accompanied by a translator. He started his speech. The translator translated from his native Polish. “Distinguished members of the Academy, ladies and gentlemen, I made this short film so I will speak very short. I feel honoured to receive this award. I am dreaming that someday I will speak longer from this place…”

At that moment the orchestra started to play the Looney Tunes theme.

“No, no,” the hapless animator pleaded, as McNichol, assisted by Matt Dillon, tried to escort him off stage.

“He has important message,” said his translator.

Rybczynski kissed an astonished McNichol, who backed away from him. He then continued with his “important message”.

“And on the occasion of the film like Gandhi, which will portray Lech Walesa in solidarity.”

Well, that should have been the end of it. But it wasn’t. Rybczynski went outside to have a smoke, still clutching his Oscar. When he tried to get back in, the guard blocked his way. He simply wouldn’t believe that this poorly dressed man could be an Academy Award winner, even though Zbig brandished his Oscar at him. A scuffle ensued and the police were called. According to one report, the director said, “American pig! I have the Oscar!” although whether that was before or after he tried to kick the police officer in the groin is unclear. 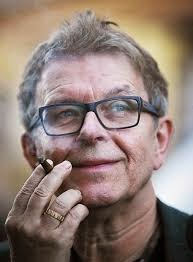 These days, Rybczynski can afford better suits – and probably shoes too. He has gone on to make a catalogue of experimental short films and music videos for such luminaries as The Pet Shop Boys, Art of Noise, Mick Jagger and Yoko Ono among many others.

He has also learned to speak English.

Posted by Catherine Cavendish at 14:02