The House That Moved - And The Ghost That Stayed 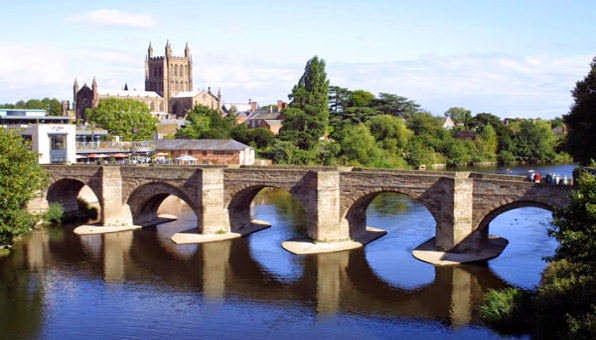 Back in the Sixties, when I was a child, many family holidays were spent visiting my grandparents in Hereford. This ancient city has seen its fair share of upheaval over the years. Parts of its Roman wall can still be seen, despite the best efforts of unscrupulous 1960s developers seemingly hellbent on demolishing it! During the English Civil War, the city backed the wrong side and ended up besieged. Yes, Hereford has certainly had its ups and downs. A river runs through it - the enchanting River Wye. But this picturesque waterway can be anything but enchanting when it's lapping at your front doorstep, which is precisely what happened to my grandmother in 1965.


There are plenty of ghost stories and reports of paranormal events at various locations throughout the city and two of the least surprising locations are also two of the most interesting.

The Old House was built in 1621 and you simply cannot miss it. It stands there, all by itself these days, although it used to be part of a block of houses and shops known as Butcher's Row. In 1816, a number of neighbouring properties were demolished and this continued until, by 1862,  this was the only house left. Maybe the residents just refused to move until, eventually, whoever wanted to demolish just gave up.

It almost certainly started its life as a Butcher's shop, but has variously been occupied by a Saddler, Grocer and a couple of banks. In 1928, Lloyds Bank  moved out and the house was given over to the City of Hereford. These days it houses a museum, where each room has been faithfully recreated in 17th century style, although it isn't known what each room was actually used for.

It would appear that the resident ghost can mostly be found on the second floor. In one of the bedrooms up there is a four poster bed, dated 1625. The curtains on this bed regularly close all by themselves. In another room on the same floor, the bed has been found unmade - even though no one has been up there. Doors close by themselves, objects move and shadows walk...

So, who is the ghost of the Old House? Some people believe his name was John Payne and he dates from around 1712. If anyone knows any more about this gentleman, I'd be delighted if they would comment, as he seems to have faded from history. Also, The Old House Museum does not allow paranormal events, so further investigation seems unlikely. 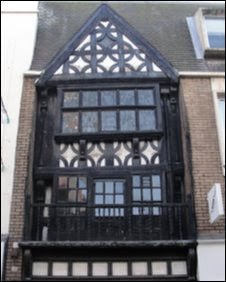 But, there is another building with an (arguably) more fascinating history. In the High Town, you will see New Look's modern store. Crane your neck upwards. There you will see an 17th century timber framed building nestling among typical Sixties architecture. This is the extraordinary House That Moved.

In 1965, at a time when so much of the city was undergoing transformation (and not all good either!), the local council insisted that builders of a new Littlewoods store must incorporate the ancient, former apothecary shop into the facade. To do this, a civil engineer called John Pryke devised a method whereby the building was put onto a chassis of steel girders and hydraulics and moved along a track to a temporary location. There it remained, until building work on the new store reached the point where it could be returned. You can see film of this here:  The House That Moved 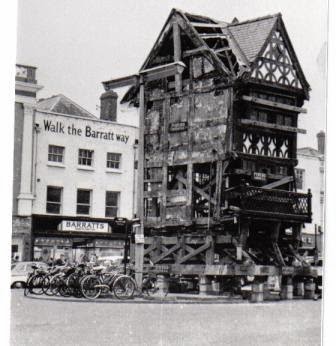 Its ghostly presence appears to have begun in 1886, when this old building was a chemist's shop. The owner employed an assistant who complained of a severe toothache late one evening. The kindly chemist made up a potion, but, in the dim light, mixed the wrong ingredients. The boy took the medicine and it poisoned him. He died, and his employer was so full of remorse, he hanged himself from one of the wooden beams in the building.

The sorrowful chemist found no lasting peace though. He was said to return, time and again, to the place where he had unwittingly handed the poor apprentice a glass of poison. And his guilt is so strong, it even survived the move of the building. He is still there now.


There is now no public access to this old shop, but the chemist's spirit may not remain locked in one place. Littlewoods' staff reported poltergeist activity - especially upstairs - strange noises, unexplained shadows and other ghostly phenomena. The store is now occupied by New Look, and the stories continue...

But these are just two of the many haunted locations in the city centre alone. Pubs, shops, the magnificent Norman cathedral - none seem to escape the spirits that continue to walk amongst us. Even a hairdresser's - The Best Little Hair House in Hereford - has more than its fair share of hair-raising (sorry!) activity. Customers and staff have witnessed chairs spinning all by themselves, cups sliding off shelves and smashing on the floor, cold spots, the smell of pipe smoke - even a ghostly cat!

When I was a child, visiting my grandmother, I was unaware of the ghostly goings-on so close at hand. In fact, with so many ghosts around, Hereford can rightly lay claim to being one of the most haunted cities in Britain.

It is perhaps no coincidence that Alfred Watkins, the discoverer of the alleged 'ley lines' was born here - in the Imperial Hotel, Widemarsh Street, in the centre of the city.  He is said to have had a spiritual awakening, or vision, while out riding one day. The results can be read in The Old Straight Track. Maybe, he was inspired by so much paranormal activity going on around him. 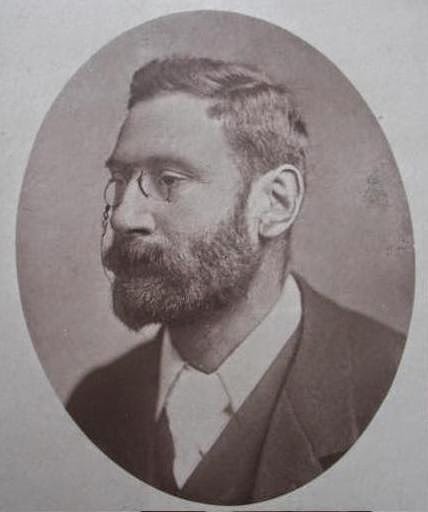 You can find out more about haunted Hereford here:

Posted by Catherine Cavendish at 11:00