Rod Labbe is one of my stablemates at Samhain Horror and he has (bravely, in my opinion!) agreed to share his experiences of the bumpy and winding road that we call Becoming Published. The stage is yours, Rod... 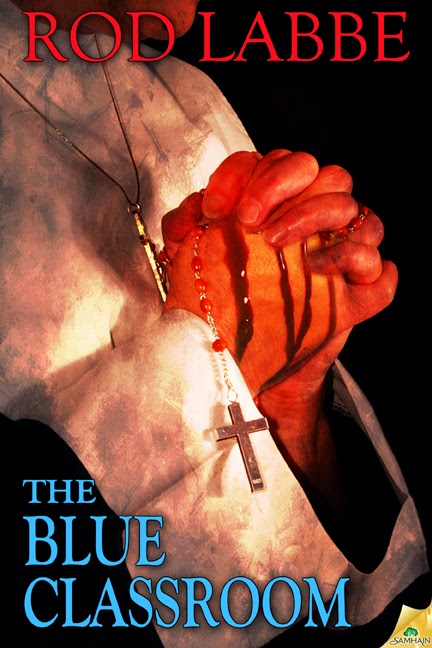 In May 2014, a long-dreamed wish of mine was finally granted: Samhain Horror published The Blue Classroom, my very first novel.
This life-altering event came after years and years (and years) spent writing (starting with a short story, an outline, and reams of yellow legal pads--yes, I actually jotted down the manuscript by hand), mentally going over minutiae while at the beach, grocery-shopping or about to nod off, and even on an airplane headed for Orlando, Florida and Disney World.
I saved that congratulatory e-mail, dated January 2013, from Samhain’s esteemed horror editor, Don D’Auria, who complimented my work ethic and asked, “Do you have another book inside you, Rod?”  That was the 64,000 dollar question!
As luck would have it, I did, a ghost story (in draft form) entitled The Quarry. A little polishing here and there--the ending was especially sketchy--and I’d be done by summer. Watch out world!
Ah, the plans of mice and men, or however that very apropos saying goes. What I naively hadn’t counted on were more edits (Don and his astute copy editors go over every Samhain release with a magnifying glass, I swear) and a sizeable section of my second book that descended into near-lunacy--characters were introduced, expounded upon, and promptly discarded. Well, that certainly wouldn’t do! I quickly finished the required edits of The Blue Classroom, submitted them, and turned all of my attentions to polishing up The Quarry. 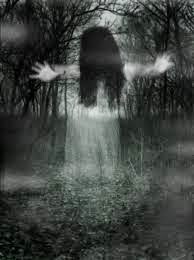 The Quarry is no small potatoes; word count has reached well over 100K, and I’m a meticulous proofreader. Each paragraph and phrase has been scrutinized multiple times. I’ve spoken the dialogue aloud, to hear the nuance, the shadings and cadence of real conversation. I bounced plot ideas off friends, researched at libraries and the Internet, and have pretty much exhausted myself in the name of Art. Sigh.
One major adjustment involved my title. Apparently, “The Quarry” is overused! Aaargh! I want my follow-up novel to stand apart from the crowd, not be swept under by it. Sooo, once more, I activated the ol’ thinking cap and spent an evening jotting down new, intriguing titles. The one I eventually settled on summed up the plot and “feel” beautifully: Silent, Dark, and Deep.
Oh, how mysterious, how ominous! What is Silent, Dark, and Deep? Hmmm. I’ll leave that to your fevered imaginings!
Not long ago, an old friend asked why I decided to undertake such a project, at this late stage of the game (late, meaning age 60+). He knew I’ve been a freelance writer for over 30 years, contributing articles to sundry magazines and newspapers. “Why not just stick with your comfort zone? You’ve been happy, and the turnaround is way quicker.”
Why not, indeed? 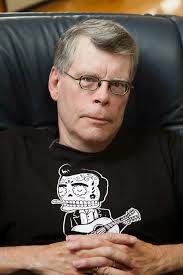 Truth is, I’d been wanting to write a novel ever since graduating from the University of Maine in 1985--inspired by (cue trumpets) none other than Stephen King, fellow alumnus and Maine boy. What I didn’t expect was my swift success as a freelancer. I’d sent out an interview and a short story on a whim two months prior to graduation, and they were accepted. That came as an unqualified shock; everything I’d read about freelance writing made it sound like a tough market to crack. A sign from above?
Such immediate gratification left me feeling a bit punch-drunk, like I’d gone a few rounds with Mike Tyson! I struck while the proverbial iron was hot, scurrying about securing interviews (for future articles) and examining markets that might be a proper fit.
My number one professional goal was to write for Fangoria magazine, but with no connections and no clout, I might as well have been wishing to be the first man on Mars.
Then, the summer of 1988 happened. A customer casually mentioned that Stephen King’s Pet Sematary had begun filming in Bangor, Maine.  I’d been operating a comic book store, which allowed me freedom to pursue freelance writing opportunities, and Bangor was an hour north of me. The gears were grinding! I sent a query to Fango editor, Tony Timpone, explained that I had an “in” with the production office (a big, fat lie), and waited for his reply. 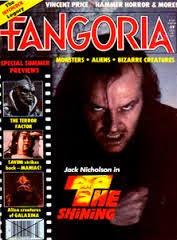 Weeks passed before I heard. And yay, it was good news! Tony gave me a five-article assignment, including two set visits. Wow!
A heady time, but my mind was still screaming: write that novel! What the hell are you waiting for?
As I stated in my inaugural post (Yes, I Survived the Blue Classroom) on Cat’s page, I explored several concepts--from vampires to zombies to werewolves, and nothing clicked. It wasn’t until turning inward that I found true inspiration: a childhood event both haunting and horrifying.
The Blue Classroom actually started out as a short story entitled Don’t Tell. Expanding it from 10 compact pages to almost 500 would prove the greatest hurdle of my writing career! Armed with drive, determination, and discipline, I stayed focused and fantasized about grabbing the brass ring. If I wanted to be a “real writer,” this was the way to go, I instinctively knew and felt it.
Writers are like Dr. Frankenstein--we sew together bits and pieces, and voila! Suddenly, we have something vaguely resembling a book. It’s never as handsome as we’d envisioned, despite the many lonely hours stitching and trimming. You hold your breath--can this patchwork monstrosity get up off the slab?  When it does, you’re thrilled.  If your creation lurches out the door unaided, you’re ecstatic! 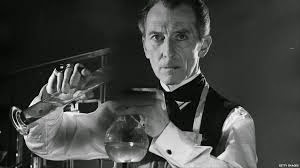 After The Blue Classroom hit the streets in May of 2014, I naively thought sales would soar. Reviews were positive; heck, some even qualified as glowing! I had a cover blurb from Fangoria editor, Chris Alexander, guaranteed to turn heads. Diabolique magazine gave me five whopping stars. Amazon’s buyers and website bloggers lauded the plot, my “sense of style,” my “poetry with words.” Yep, everything was set for a fantastic debut.
May arrived, flowers bloomed, balmy spring breezes blew, and my novel imploded with all the impact of a wet firecracker. I couldn’t believe it! Instead of enjoying a dizzying sense of pride and accomplishment, I slowly sank into depression. 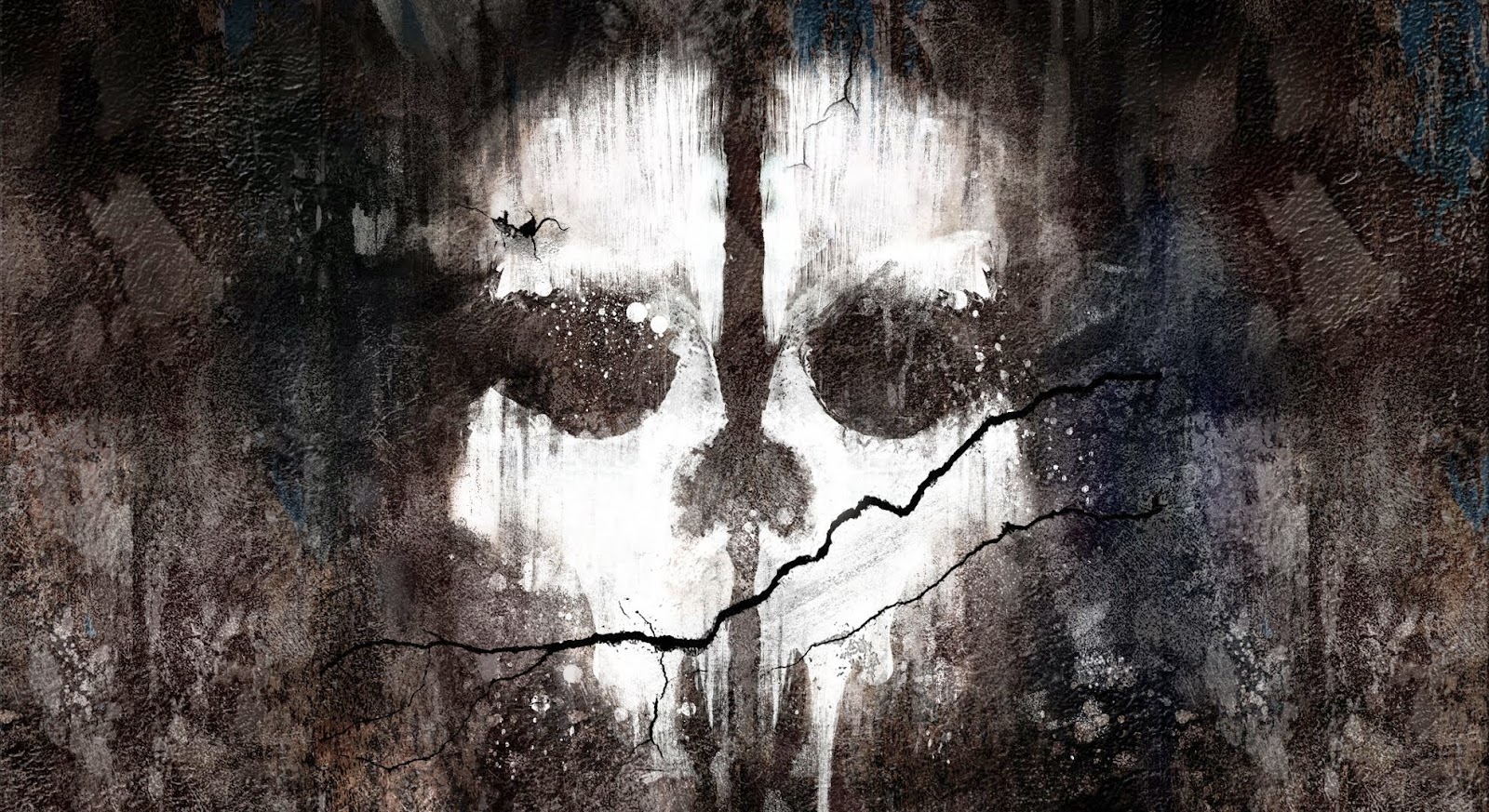 I’d overlooked one important fact: thousands of horror/mystery books enter the marketplace daily, written by hopefuls just like me. The releasing companies can only do so much to spread the word. Therefore, Dr. Frankenstein must be hands-on and proactive and do everything humanly possible to push, cajole and encourage potential buyers. Networking is an essential. Influential friends go without saying.  It’s also imperative to soothe the hurt ego of the sobbing monster by whispering these four words in his ear: “brighter days are ahead.”
Alas, when you’re a writer who works alone, the burden is felt more keenly. I’m stuck up here in New England, far from horror cons and writer’s get-togethers. There’s no one to discuss my writing travails with, unless I utilize message boards and Facebook.  Strange, this isolation…considering Maine’s the home of Stephen King, our genre’s acknowledged giant and a veritable literary god. I really have no explanation for it. 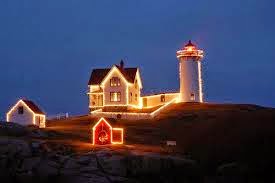 Oh, well. Them’s the breaks.
Thankfully, Silent, Dark and Deep has had a shorter genesis. The draft was generated in 2004, while I taught writing courses at a local community college (I’d closed my store four years earlier). Somewhere down the pike, I rationalized, I would probably need a “second novel,” but with The Blue Classroom yet to be contracted by anyone, I worked on Silent, Dark and Deep when I felt like it. Dan’s request for a follow-up lit a fire under my rump; I got really, really busy, and 2014 became a whirlwind of activity!
2015 is about to begin, and I have one book under my belt and another thiiiiis far from completion. Like Dr. Frankenstein, I’m compelled to continue experimenting, hoping that one day my creation will jump off the slab and run a marathon. Until then, I’ll be in the lab, conducting heinous experiments…knock at your own risk! 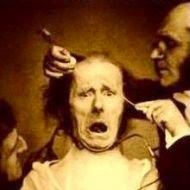 Thank you, Rod. So much of what you have written here sounds all too familiar!   I'm sure I wasn't the only one recalling my own similar experiences as I read this.
As for The Blue Classroom. If you haven't read it, you are in for a treat. Just click on your favourite publisher below and in a few minutes, you could be curling up with a deliciously dark tale...
Samhain Publishing