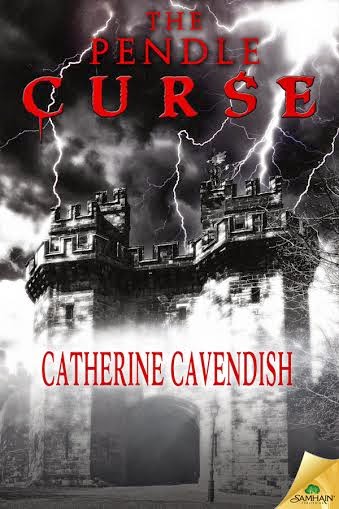 My new novel – The Pendle Curse – has some of its roots in a true story. In August 1612, ten men and women were convicted, in Lancaster, England, of crimes related to witchcraft and subsequently hanged on Gallows Hill. They became known to history as the Pendle Witches. The trial was faithfully and uniquely (for the time) recorded by clerk of the court, Thomas Potts and then published in his book, The Wonderfull Discoverie of Witches in the Countie of Lancaster.
One factor of the case has resonated down the years for reasons which could not have been foreseen at the time. Eighty years later – in 1692 – in a town thousands of miles from the wild, rugged Lancashire countryside, another trial took place. In Salem, Massachusetts.

Here, between June and September, nineteen men and women were carted off to be hanged at a location also known as Gallows Hill, but the name of their place of execution wasn’t the only thing the two sets of trials had in common.
In both trials, the testimony of a child was crucial to the success of the prosecution. The Lancashire Witch trials broke new ground in allowing and conducting testimony from an under- age minor. In Salem, they had Mr Potts’s handbook on how to do it.

It is not certain how old Jennet Device was when she testified against her mother, brother and sister, as well as their friends and their bitter rivals. She is variously recorded as having been nine, eleven or thirteen but, by all accounts, she was under the age of fourteen - until then seen as the youngest permissible age at which reliable testimony could be allowed in court.

So, who was she and why did she do it?

The women in her family were the local ‘wise women’ of the area. Their knowledge of herbs and ability to fashion ‘cures’ for ailments of both animals and humans, made them a meagre income, which they supplemented with begging, but their bitter rivals were another family – Anne Whittle (known as Chattox, for her chattering teeth) and her daughter Anne Redferne. Each family had their own set of clients and woe betide anyone if they stole one of them. Whether these families had special powers or not, they certainly seem to have believed they did. Under the witch-hating King James I, they laid themselves wide open to accusations of witchcraft, but none could have suspected their chief accuser would come from within their own ranks. 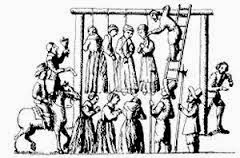 When questioned by the judge as to Jennet’s age, Roger Nowell responded that she was “old enough”.

At the trial, Jennet could not be heard over the rowdy audience. Nor could she be seen, as she was so small. A table was brought in and she stood on it before pointing her finger, as directed by the chief prosecutor - the ambitious local magistrate, Roger Nowell. When prompted, Jennet said, "My mother is a witch and that I know to be true. I have seen her spirit in the likeness of a brown dog, which she called Ball. The dog did ask what she would have him do and she answered that she would have him help her to kill.” 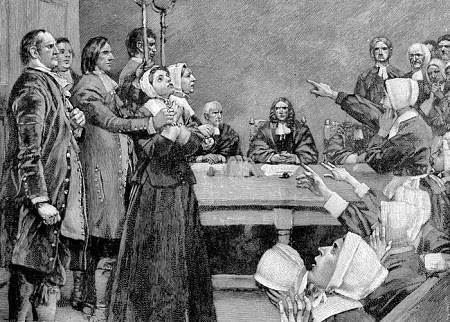 She then went on to give evidence of a witches’ sabbat, allegedly held on Good Friday of 1612. “At 12 noon about 20 people came to our house - my mother told me they were all witches."

Her mother screamed out that the child didn’t know what she was saying and then rounded on Jennet herself. The child demanded her mother be removed from the court. Then Jennet continued with her testimony and condemned all her remaining family – with the exception of little William – to the gallows.

Why would she do such a thing? We will never know for sure of course. She may have been the only illegitimate child in the family (although she did have a younger brother) and something of an outcast. Maybe she was exacting revenge. We cannot discount the influence of Roger Nowell who may have persuaded her that this was the only way to save herself from a similar fate to that of her family.

Whatever her motivation, Jennet disappeared from history - only to reappear in 1633 when she herself stood accused of crimes relating to witchcraft. In a bitter twist of fate, she was accused at her trial (along with sixteen others) by a ten year old boy - Edmund Robinson. The precedent she had unwittingly set came back to haunt her. 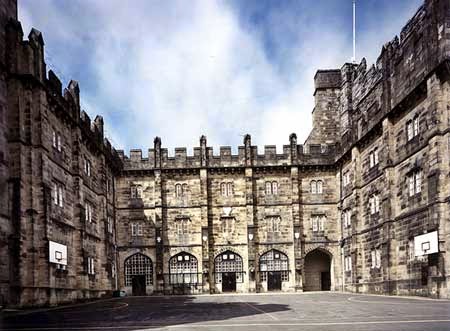 Jennet was found guilty and imprisoned in Lancaster Castle, where her family had been. But times had changed and the verdict was overturned by the Privy Council some time later. Edmund Robinson admitted her had lied, saying he had been influenced by accounts of the Pendle Witch trials. Jennet was free to leave prison – except for one overriding problem. Guilty or innocent, prisoners had to pay for their board, or must remain incarcerated until they could. For Jennet this would have been impossible. She was last heard of in 1636. Still in prison. 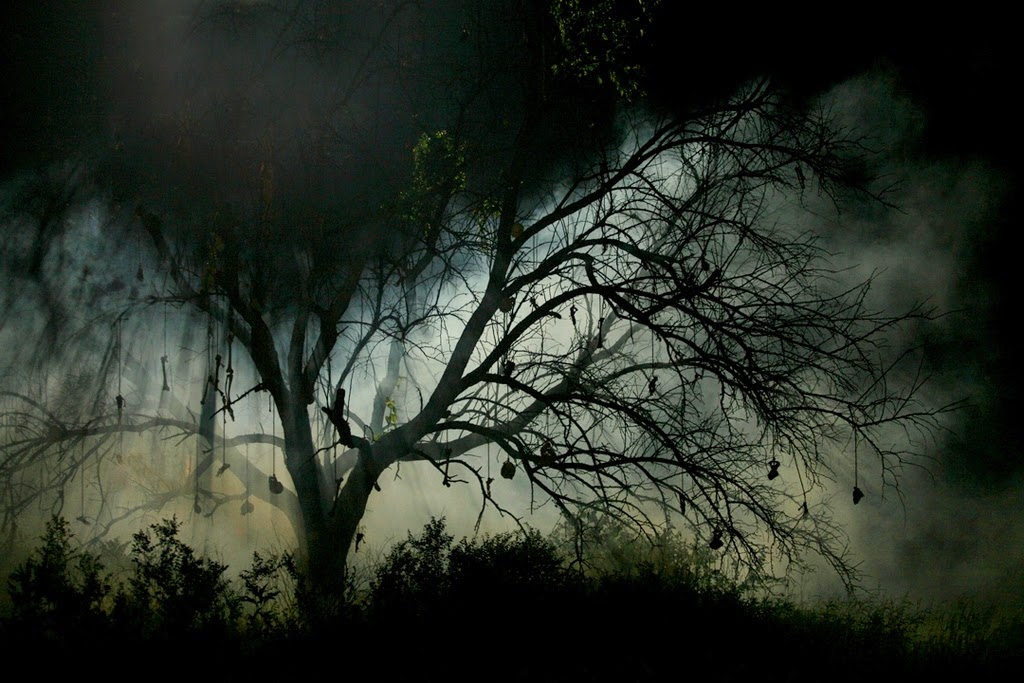 Now, here’s the blurb for The Pendle Curse:

Here’s a short extract from the beginning:

His spirit soared within him and flew up into the storm-clad sky as blackness descended and the rain became a tempest.

He flew. Lost in a maelstrom of swirling mists. Somewhere a baby cried until its sobs became distorted, tortured roars. Beyond, a black void loomed. He saw Alizon’s spirit just ahead and tried to call out to her, but his voice couldn’t reach her.

Beside him, another spirit cried out. His mother. He flinched at her screams before they were drowned in the mass—that terrible parody of some hideous child.

The blackness metamorphosed. An amorphous shape formed as his eyes struggled to see with their new vision—the gift of death. Small baby limbs flailed towards him. Eyes of fire flashed as a toothless mouth opened. Screeching, roaring and demanding to be fed. Demanding its mother.

His spirit reached out for his lover. Tried to pull her back. “Alizon!”

She turned anguished eyes to him. “It calls to me.”

He recognized it instantly. The blazing fire. The devil child. That cursed infant had come for them.

Again he reached out with arms that no longer felt connected to him, but he was powerless to stop Alizon being swept away, deep into the abomination’s maw.

“No!” His cry reverberated around him—a wail of anguish in a sea of torment.

Then…silence. Only he remained, drifting in swirling gray mists of time.

From somewhere, he heard an echo… 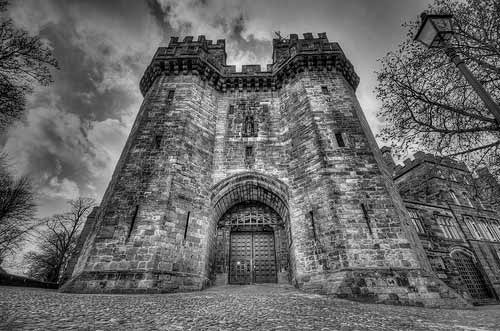 You can buy The Pendle Curse here: