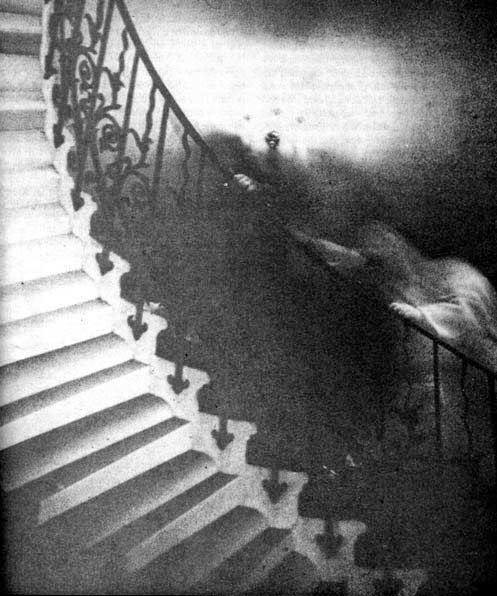 We’ve all seen those photos that regularly do the rounds on Facebook and other social media. You know the ones, the dead airman who mysteriously turns up on a group photo, the unknown guest whose legs appear in a wedding picture. There are shedloads of them. Most are faked – some quite obviously so. Some, especially in the old days before digital cameras, were simply created by forgetting to manually wind the film on, so that one photo was superimposed on top of another. Instant ghost! 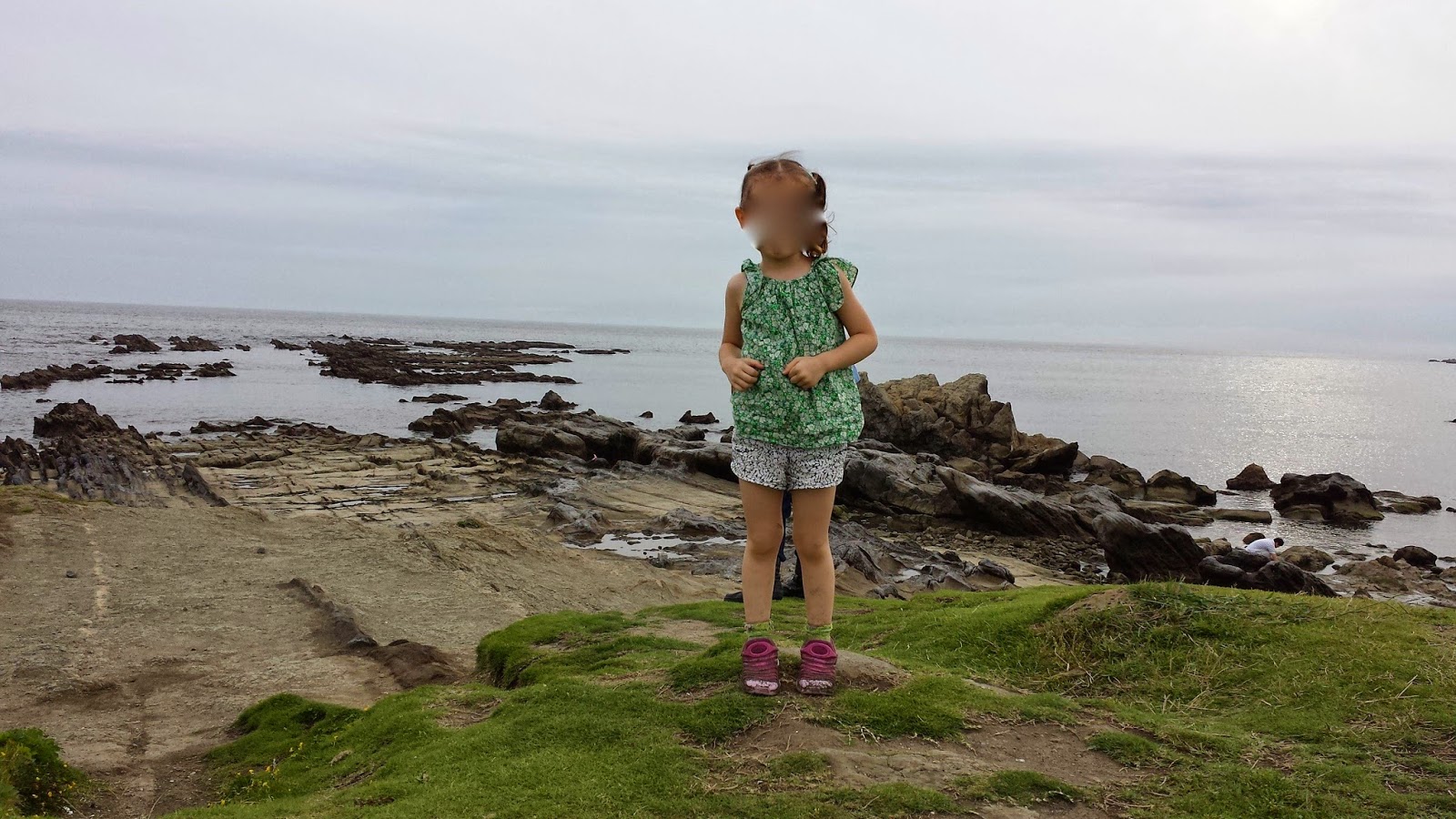 One of the most recent has been making its own splash. First on the social media site, Reddit. According to the person who placed it there, the photographer is the child’s father and the picture (one of five taken within a one-two minute time-frame and all posted on the site) is the only one to feature the anomaly. 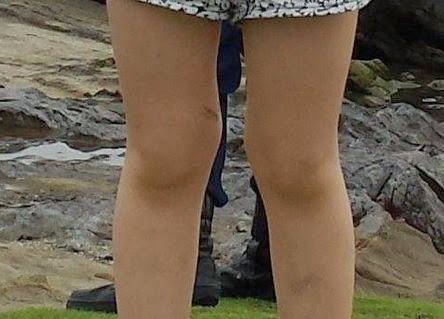 At first glance, the picture shows a little girl, posing for her photo, but when you look closer, there’s something very odd about it. Look at her left elbow and you will see a bit of blue – like a shirt sleeve or similar. Look behind her legs and you will see a pair of (probably) man’s legs and booted feet. Yet the photographer swears there was no one behind her (and if there was, where is the rest of him?). He further asserts that the child is very shy and wouldn’t have stood there if there had been someone close up behind her. 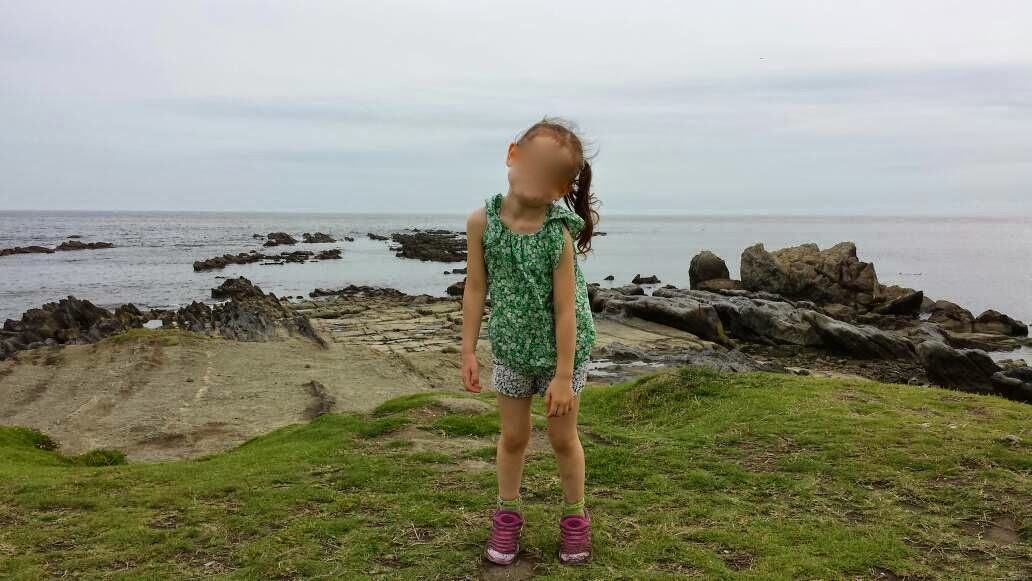 While he took this rapid series of shots, no one came past. The location was Zushi, Kanagawa prefecture, Japan and the place was pretty deserted. The mystery continues…

Meanwhile, here are three others to ponder on: 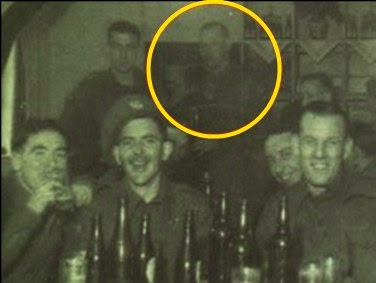 This photo was taken during World War II and may indeed have been faked. Bit elaborate – but basically, a long exposure would be necessary and all the other soldiers would have needed to remain completely static while the ‘ghost’’ soldier moved out of the frame. Only, in that way could this ‘ghost’ effect have been achieved, or so I’m told.

The Ghost of Freddy Jackson 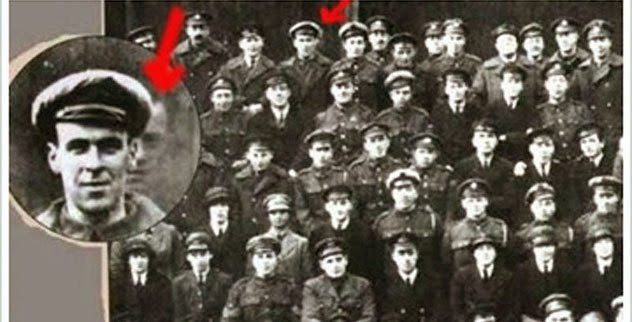 This photo was taken in 1919 and first published in 1975 by Sir Victor Goddard, a retired RAF officer. It’s a group picture of his squadron and was taken on the same day as the funeral of one of their fallen comrades. When the picture was developed, they were astonished to see a familiar face they thought to have buried that day. Freddy Jackson had been an air mechanic, accidentally killed by a propeller a few days earlier. All the men recognised him instantly. 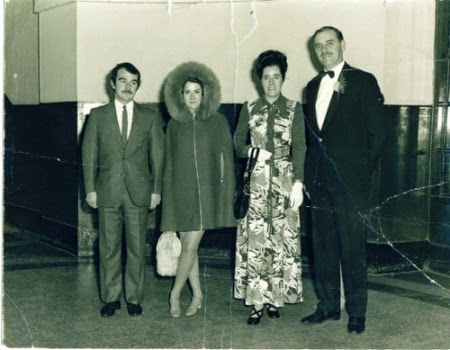 This photograph was taken by a professional photographer in Paisley, Scotland in 1972, commissioned to take photographs of people arriving for a wedding reception. This group appears to have been joined by someone lurking behind the man on the right, yet no one had been there at the time the photograph was taken. Even if there had been, the man had his hands behind his back. Wouldn’t he have felt someone so close up behind him? 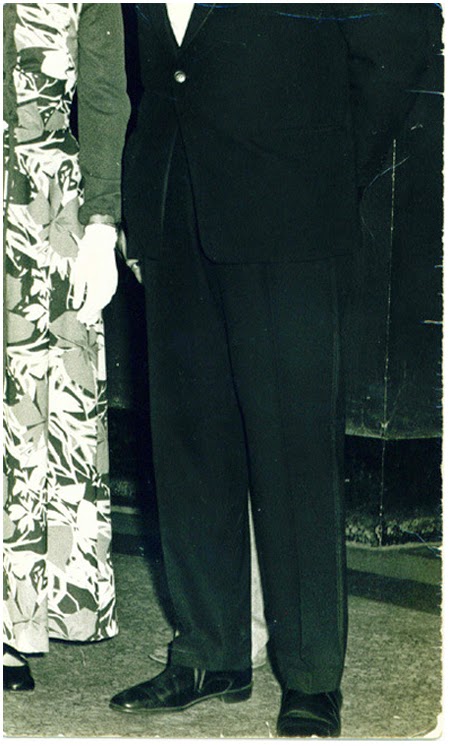 Look closely between the two people on the right – next to the woman’s white glove. See that face? Looks like a child, peeking directly at the camera.


Curiouser and curiouser…
Posted by Catherine Cavendish at 15:10