Witch Bottles - No Home Should Be Without One 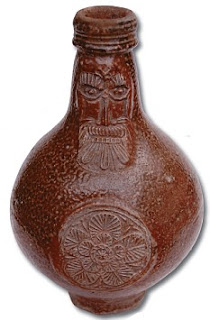 In my new novel – The Pendle Curse – the witches are a powerful, evil force to be reckoned with. If you had been living anywhere near them, you would have been glad you had walled up a dead cat, hidden away a written charm or two, a horse’s skull and some (preferably children’s) shoes. As a cat lover of major proportions, I was relieved to discover recently that the walled up cats I had read about were, in almost every case, already dead when they were inserted into a cavity in the wall. They were certainly a common enough occurrence. Many medieval houses in need of restoration have revealed a little feline, mummified carcass among the wattle and daub. 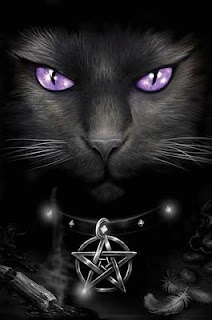 Still, even with all this protection,  you might not be completely safe If you fell ill inexplicably and suddenly, your crops failed, or your animals got sick and died, you would know that somehow or another you had upset a witch and he – or more likely she – had put a curse on you. Then, most assuredly, you would need your own witch’s bottle.

Witches’ bottles have been found in both England and the United States, indicating that the practice travelled across the Atlantic with the earliest English settlers.

Although they have most certainly been around since Elizabethan times - if not earlier - one of the first mentions of such a bottle occurs in 1681 in Saducismus Triumphatus, or Evidence Concerning Witches and Apparitions, written by Joseph Glanvill. The author gives a description of how such a bottle would be created. A man whose wife is sorely afflicted is told to, “Take your Wive’s Urine… and Cork it in a Bottle with Nails, Pins and Needles, and bury it in the Earth; and that will do the feat.” We are told, “The Man did accordingly. And his Wife began to mend sensibly and in a competent time was finely well recovered.” 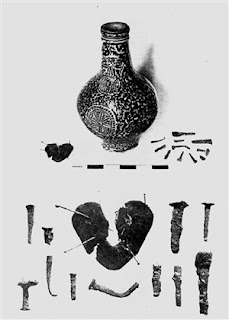 The ‘cure’ worked well for her – but had another effect, for across town, a wife complained that someone had killed her husband. It transpired that he was a known “Wizard” and must have put a curse on the woman whose husband was wise enough to equip himself with a witch’s bottle. So, these bottles not only had the power to counteract the magic, but were able to turn it back on the perpetrator.

So, what did they look like? Usually, as in the illustration, they were constructed of brown or grey salt glazed stoneware. Some – known as Greybeards or Bellarmines – were embossed with a bearded face. Bellarmines also had the dubious distinction of being named after a particularly obsessive Catholic Inquisitor. Some weren’t buried, but deliberately destroyed as part of their function. 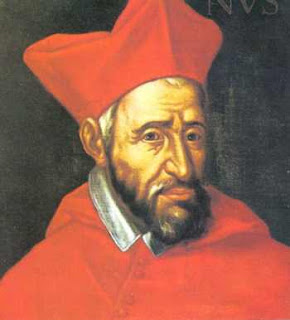 By the early 19th century, witch bottles were constructed from glass bottles, vials and other containers. Traditionally – and perhaps ironically – it took a witch to prepare a really effective bottle. As described above, into the bottle went the victim’s urine, hair or nail clippings, and some red thread taken from a ‘sprite trap’ (a device used to trap troublesome spirits). Other ingredients historically included blood, glass, wood and bone. Witch bottles are still with us and more recently, these unsavoury ingredients have largely been replaced by rosemary, needles, pins and red wine. 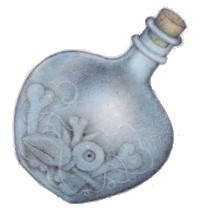 Once prepared, the bottle is then buried in the house, under the hearth, at the furthest point of the house, or some inconspicuous other place. in the belief that the bottle will capture the evil, and impale it on the pins and needles before drowning it in red wine and sending it on its way, using the rosemary. As long as the bottle remained hidden and unbroken, so its power would endure. Some people, on the other hand, believed that you should throw the witch’s bottle on the fire and when it exploded, it would break the spell and kill the witch.

These days, there is quite a range of alternative ingredients for making up a witch bottle. These include: sea water, earth, sand, stones, salt, knotted threads, vinegar, ashes, coins, oil, feathers, shells, herbs and flowers. Whatever your fancy, make sure you are prepared... for the knock on the door at the night's darkest hour...for the rattle of the windowpanes on the sultriest of summer evenings. Keep your witch's bottle safe...
Posted by Catherine Cavendish at 13:09