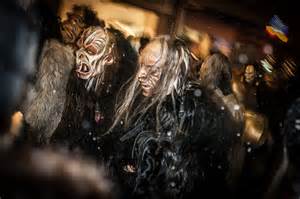 While fathers, pretty much across the globe, are dusting off their Santa suits in preparation for the fast-approaching festivities, another - much darker - figure makes his annual, scary, appearance to act as a warning to badly behaved children in Germany, Austria and other parts of eastern Europe.

His name is Krampus and December 5th is his day.

For anyone who is unfamiliar with the tradition of Krampus, the festivities that form Krampus Nacht (Krampus Night) can be extremely scary - frightening even. 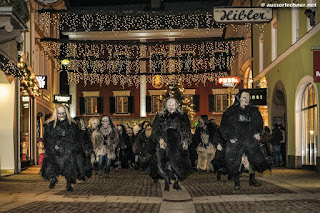 So who is this beast who has the power to frighten children? Krampus is a horned, cloven-hoofed monster who, in pre-Christian European culture, serves as the dark companion to Saint Nicholas, America’s Santa Claus. Saint Nicholas rewards good children and leaves bad ones to Krampus, who kidnaps and tortures kids unless they repent. 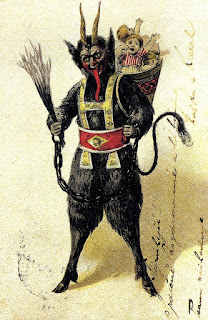 In a small Austrian town in the Tyrolean district of Lienz, residents were concerned that the annual Krampus parade might be misunderstood and prove frightening to their newest inhabitants – dozens of families of Syrian and Afghan refugees.

To ensure this didn’t happen, they invited eleven of the children to join in a presentation of the props and costumes that would be used in the event, known locally as the Perchtenlauf or Klaubaufe.


They were shown the traditional grotesque masks (known as Larven) which were inspired by legends of evil mountain spirits who bring disaster during the winter months. Then they were introduced to the full costumes. These are pretty full-on and caused some shrieks and frightened faces, but the flavour of what they can expect on December 5th appears to have gone down well, especially as it ended with Saint Nicholas distributing nuts and mandarins to the children. 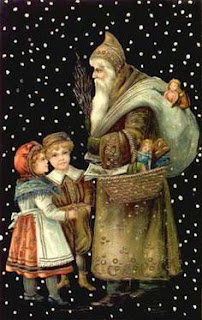 Krampus is a natural subject for a horror writer and my Samhain stablemate, Matt Manochio, wrote a brilliant novel called The Dark Servant which is available from the publisher – Samhain – along with Amazon and all good online bookstores (print and ebook). 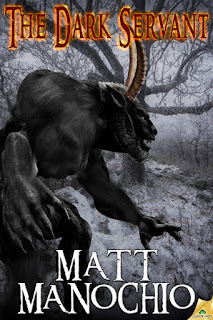 This week, Samhain has also published Twelfth Krampus Night – a dark and deliciously scary novella which you can find by clicking these links for Samhain and Amazon. It is also available at all good online book retailers. 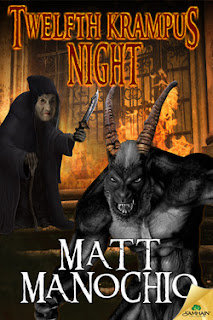 Now – ask yourself, have you been good this year? Will Saint Nicholas bring you goodies at Christmas? Or will he turn you over to Krampus?