Where Two Nuns Lost Their Heads (and more...) 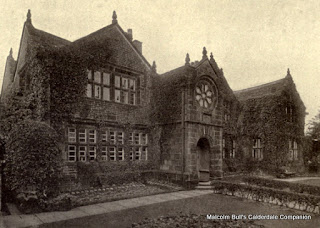 If you are out and about in the magnificent moorlands around Halifax (the original one in West Yorkshire, England not Nova Scotia!) and feel in need of sustenance combined with a haunted atmosphere, it seems you could do a lot worse than the Kershaw House Inn at Luddenden Foot.

The house was originally built in 1307 and then completely remodelled by the Murgatroyd family – corn millers from Midgley near Halifax – in 1650. It was converted to an Inn in 1910 and has undergone renovation since then. Today it is a charming hostelry. The centuries of history the house has witnessed appear to have left an indelible mark and a number of ghostly sightings have been repeatedly reported down through the years. 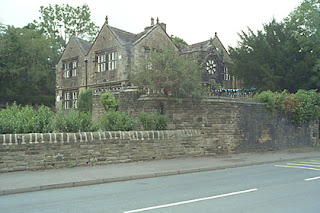 One customer reported his surprise at seeing a woman enter the men’s toilets. Disconcerting enough on its own – but she then proceeded to vanish through the wall. Presumably that was a later addition, not present in her day.

Other people have reported seeing a little girl, who also vanished, and there have been a number of reports of the sounds of children’s feet running around and sightings of children who seem quite at home with customers – especially around the Pool table where they apparently play hide and seek. The score board has moved on its own and people have had their hair pulled.

In the grounds, a hanging tree fell for no apparent reason, although it did so just before a paranormal investigation was about to take place. Strange light anomalies are seen in this area too. People have reported feeling a sense of dread, experienced sudden changes in temperature and, in the restaurant – which has a priest’s hole - some mediums have suffered chest pains. Orbs and other light anomalies are seen in various parts of the inn, but especially in the Dining Area. 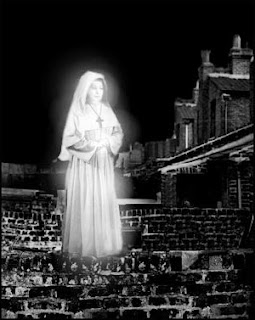 Perhaps the most sinister and tragic haunting is that of two nuns. Legend has it that they were hanged, beheaded, taken down and then drawn and quartered. There are many reports of them being seen each year riding up the hill to Kershaw House in a carriage.

Today, with its massive inglenook fireplace, old timber beams and a timeless energy all of its own, the magnificent Grade I listed Kershaw House Inn is open seven days a week and surely well worth a visit. Just watch out for headless nuns and naughty ghost-children! 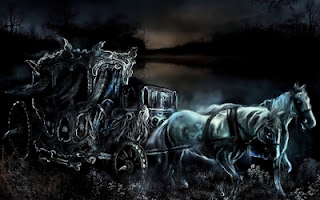 Posted by Catherine Cavendish at 13:34