The Imaginary Friend Who Crossed the Line 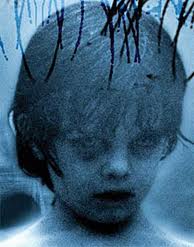 When you were growing up, did you have an imaginary friend? Did they seem real to you? Maybe sort-of-real. You could talk to them, imagine their responses, play with them but you probably kept the ‘relationship’ within certain boundaries – however young you were. In my case, I invented an entire family of siblings – three sisters (two older, one a few years younger) and an older brother who looked out for us girls. Being an only child, I found them comforting, and fun, but I never imagined them to be real. They, in turn, kept themselves firmly lodged in my own mind and never attempted to cross any boundary into the real world.

In my new novel, The Devil’s Serenade, my central character also had an imaginary family when she was a child. Scarily for her, they now start to appear in her real adult world.

Of course, my story is fiction, but there have been a number of accounts of small children making ‘friends’ with most unsuitable imaginary characters – who then cross the line. They can do this because they are not really imaginary at all – just invisible, at least to all except the child itself. 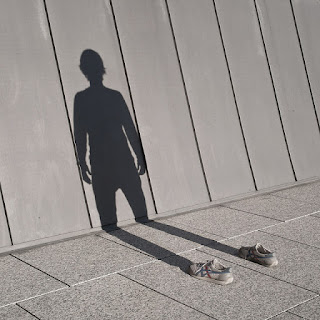 One instance involves the story of a four year old boy called Jayden and the strange events that began during the height of summer when his mother heard him apparently talking to someone. She didn’t think too much about it at the time as he was playing with his toys and she assumed it was part of the game he had invented for himself that day. “C’mon, Jack! You’re the bad guy!” her son said.

A few days later, her son had a vivid dream and told his mother about it. In it, he had been going away somewhere with his friend, Jack. From then on, Jack seemed to be his major topic of conversation. Eventually his mother became so irritated by the constant repetition of his name that she demanded to know who this ‘Jack’ was.

Immediately, her son pointed behind her and said, “Why don’t you ask him yourself?”

She turned, but there was no one there. The mother was momentarily unnerved but then decided there was no harm in it. Jack was obviously an imaginary friend.

A week later, Jayden was in his room and started yelling. His mother dashed upstairs to find his room in chaos. Toys, books and clothes were strewn everywhere. His mother demanded he clean up the mess rightaway, but Jayden was in a furious temper. “It was Jack!” he insisted. 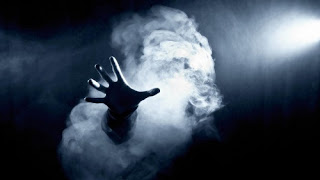 Soon after that, Jayden’s mother came into his room to find him standing on top of his cupboard. She was perplexed as to how he could have got up there by himself as it was a metre and a half high.

“Jack told me to jump,” Jayden said. “I have to be nice to him or he will hurt me.” His mother helped him down and cuddled him close, as her mind raced. What was happening here?

All was quiet for a few days until she was passing his room and saw Jayden playing. To her horror, she saw toys and books move by themselves across the room. Her little boy cried, “No, Jack, no!”

She dashed in to comfort her child. Instantly, the activity ceased.

Jayden’s mother installed a baby monitor in his room. She didn’t have to wait long for a result. Listening downstairs, she heard Jayden’s voice on the monitor. White noise or static followed and every so often she could make out another voice. She couldn’t understand what it was saying, but it was clear Jayden could.

Suddenly over the monitor, a strange male voice boomed out. “I will hurt you!”

A loud thud echoed around the house. When Jayden’s mother reached him, she found her son lying on the floor, injured, crying and in pain. She rushed him to the hospital, where they found he had a sprained wrist and a fractured rib.

“Jack pushed me off the cupboard,” he said.

His mother called in a priest, who conducted a house cleansing and, mercifully, this seemed to do the trick because Jayden has never mentioned Jack since and life has returned to normal.

Imaginary friends. They can be innocent good fun – but some of them clearly have alternative agendas.

Posted by Catherine Cavendish at 11:40