My bookshelves and Kindle heave with books I love, from all genres - not merely my own. I love stories where the atmosphere pours from every page, the characters live and breathe and the story keeps me addicted until the last page, and even beyond. Susan Roebuck is one such author who always delivers this for me and she is my guest today, talking about her latest book, Forest Dancer, which I loved. 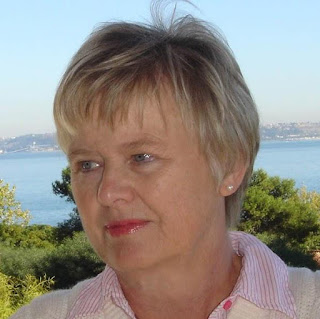 Forest Dancer, my new novel, takes place in Portugal as my previous book Rising Tide was. Instead of being on the coast, Forest Dancer is set in the mountains just outside Lisbon in a fictional village called Aurora. 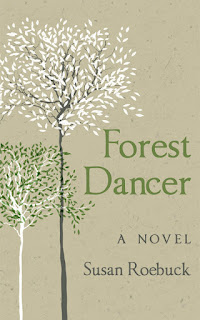 If you know Portugal and particularly the Lisbon area I think you’ll guess that the large town where the main character, Flora, goes frequently and which is called “Serra Glória” in the book is really Sintra.

Sintra is only about twenty kilometres to the west of Lisbon but, compared to the heat and noise of Lisbon (which is in itself a beautiful city), it is a fairytale land of misty forests, turreted castles and huge megalithic stones that were hurled out of a volcano a millennia ago.

British Philippa of Lancaster was Queen of Portugal when she was married to Dom João I from 1387 to 1415 and was responsible for bringing about Europe’s oldest alliance – Portugal and Britain which has lasted to this day (the Portuguese know this, but I can’t say the same for the British). She loved Sintra and one of the royal apartments in the town Palace is dedicated to her: the magpie room, which Flora – my main character – visits.

The king and queen are buried in the Batalha Monastery (north of Lisbon) and their tombs depict them holding hands. 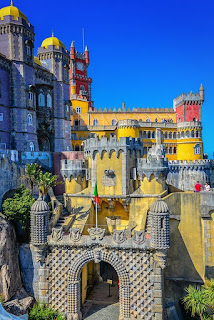 With such a wonderful setting it was easy to combine the forest with ballet and music.

Here is the opening extract of classical ballet dancer, Flora, during an audition for Swan Lake:

The music began and she was in her role, bourréeing backwards, her arms suggesting the sensuous flight of a swan. They were then on to their passionate pas de deux, and Flora concentrated, forcing herself to become the evil temptress that Odile was supposed to be. Immersing herself in the blissful string music helped, even though she wished they’d chosen the role of Odette, the naïve, fun-loving white swan, for the first audition. Tomorrow she’d be Odette, and in that role she knew she’d give the other contenders a run for their money by dancing for joy at the innocent music that made her feel skittish and playful.

Although it’s not mentioned in the book, I think this is my favourite Portuguese music by Madredeus. It sums up the Portuguese way of being – their loyalty and faith. The title is “Haja O Que Houver” which means whatever happens (and then she goes on…I’ll be waiting for you). I think it also sums up the atmosphere of Forest Dancer.