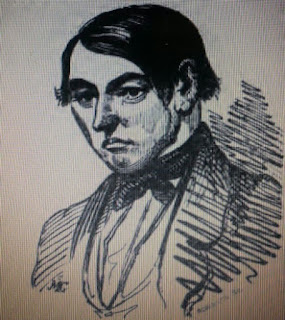 For a relatively small city, Liverpool packs a terrific punch when it comes to its rich and varied history. Home to a great cultural heritage, and some of the finest Georgian architecture to be found anywhere in the UK, it also - in common with most locations - has its darker side.

In this case, a murder so notorious it caused the local council to rename the street where it occurred.

It all happened in 1849 in Leveson Street just south of the city centre where, at Number Twenty, Ann Hinrichson lived with her Danish sea captain husband, John. He was away on a voyage and Ann - pregnant with her third child - her two sons, aged five and three and their maid were living peacefully and happily when Ann made a decision that would have fatal consequences. She decided to make some extra cash by renting out one of their rooms.

John Gleeson Wilson, a young Irishman from Limerick, answered her advertisement and, having inspected the rooms, told her he was a ship's carpenter and paid his week's rent in advance. This was on March 28th.

When a delivery boy called the following day, he received no reply to his knock on the door, but he heard someone moaning and, through the keyhole, he could see the feet of someone lying across the hall. he raised the alarm and ran off to find a policeman. When they returned, the neighbours had already broken the door down.

Inside, Mrs Hinrichson's older son and the maid, Mary Parr, had been battered severely with a shovel and left for dead in a pool of blood. Meanwhile, in the cellar, the youngest child lay with his throat cut from ear to ear. The motive appears to have been robbery. Evidently, Mrs Hinrichson had been out when Wilson struck. She had come home to find him in the process of searching through her bedroom drawers. He attacked her viciously with a poker.Mrs Hinrichson and her elder son died shortly after but, unfortunately for Wilson, Mary Parr lived long enough to identify him before she too succumbed to her injuries less than a week later. 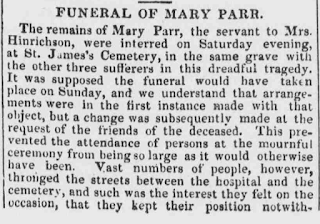 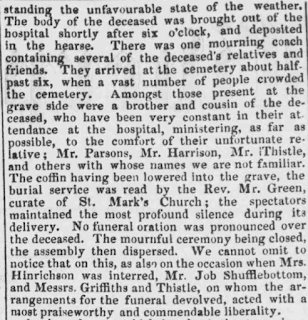 Wilson had fled, washed his bloodsoaked clothes in Toxteth Park nearby, and then tried to sell a gold watch to a pawnbroker in London Road. He purchased new boots and trousers and returned to his other lodging house in Porter Street to collect a clean shirt from his landlady. he then calmly walked into a barber's shop for a shave and asked about purchasing a wig as he maintained his hair was falling out. He also made enquiries about buying a £3 ticket to the USA.

The next day his luck ran out Once again he attempted to sell the watch - this time to a dealer in Great Howard Street. Something about his demeanour aroused the dealer's suspicions and he asked his son to take Wilson to a dealer in another part of the city. It was all a ruse. As they passed the Bridewell in Dale Street, the son grabbed Wilson and marched him in to turn him over to the police. The watch had belonged to Ann Hinrichson, as attested to by her mother. 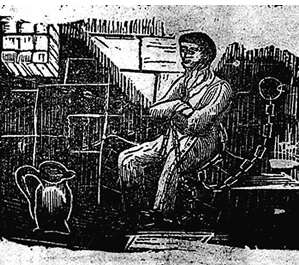 Wilson was unrepentant throughout his trial although during the time he was being held in custody, he was known to have lengthy screaming fits and uncontrollable rages. The verdict required no deliberation on the part of the jury and he was publicly hanged in front of a crowd of some 50,000 people. In fact so many people wanted to witness the end of the notorious killer, that special trains were laid on and a charge of a shilling was made by those wanting a better view.

Wilson didn't go gently to his Maker. The hangman made a mess of the execution. He was a 70 year old stand in called George Howard and he miscalculated the drop.He also failed to position the hood properly and it barely reached his eyebrows. Wilson dropped and writhed in agony, his eyes bulging from their sockets. A number of those with the best views watched in horror as the man's face turned purple and, at one point, he twisted round to face his executioner. This proved too much for some of the crows and a number of them fainted. For fifteen minutes, he slowly choked before he finally expired.


As for poor Captain Hinrichson, he returned home to find his entire family dead. He later rose to become Dock Master at Toxteth, Huskisson and Queen's Docks. 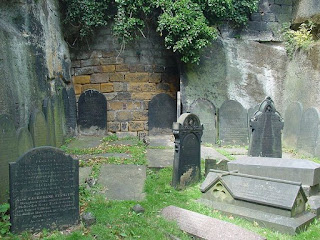 For residents of Leveson Street, life became intolerable, with sightseers and the sheer notoriety of their street. The council renamed it Grenville Street South. Even so, people would still point at Number Twenty. Gradually the slaughter faded into the annals of history, while all four victims continue to slumber in their graves in St James's Cemetery, nearby.