King of the Witches 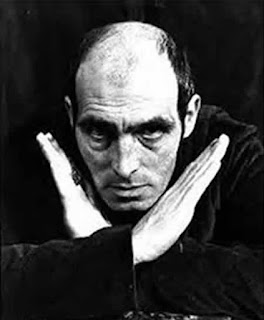 Birkenhead is probably most famous for its shipbuilding history and for its park – which formed the inspiration for New York’s Central Park. 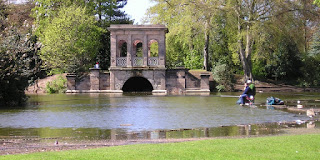 What is less well known is that it is the birthplace of the co-founder of the Pagan tradition known as Alexandrian Wicca. Alex Sanders (born Orrell Alexander Carter) became so renowned that he was dubbed ‘King of the Witches’ by his followers in the 1960s.


He was born in Moon Street, Birkenhead, on June 6th 1926 into a dysfunctional home with an alcoholic father. He claimed to have been introduced to Wicca at an early age by his grandmother, although this has been disputed since. He certainly seems to have been precocious and dedicated to his spiritualist beliefs. Over the years, he amassed a wide knowledge of all aspects of ritual and ceremonial magic and by the time he was a young man was practising ceremonial magic.

In the 1950s, Sanders pursued the ‘left hand path’ – the darker side of witchcraft and black magic – in order to amass wealth and personal prestige.  According to him it worked successfully. He met, by chance, a couple on the street who said he was the spitting image of their dead son. A relationship developed between them and Sanders moved into their home. They treated him as one of the family, supporting him financially and even buying him a house and providing him with a generous allowance which he proceeded to send on lavish parties, clothes and high living.

It wasn’t to last though. Sanders had a rude awakening when, in the space of a short time, one of his favourite mistresses committed suicide, and his sister, Joan, was injured in an accidental shooting. She recovered, but soon discovered she had terminal cancer.

Realising the error of his ways, Sanders renounced black magic and resolved to teach magic to others. At around this time, he took employment in the John Rylands Library in Manchester where he discovered and copied The Key of Solomon, going on to be influenced by the works of French occultist Eliphas Levi and incorporating some of his teachings along with that of the practice of Goetia (a practice that includes the summoning of demons especially those related to King Solomon, contained within The Lesser Key of Solomon). This heady mix eventually led to the development of his Alexandrian branch of Wicca but, for now, he merged many of the elements of magic into the Gardnerian Wicca (founded by Gerald Gardner) tradition. This, along with his penchant for attracting publicity in the press and on TV, brought him into direct conflict with other Gardnerian Witches, such as Patricia Crowther and Eleanor Bone who openly criticised him in the media.


By 1965, Sanders and his High Priestess wife, Maxine, led over one hundred Alexandrian Wiccan covens including 1623 initiates, and in 1979, he began to work with a psychic medium – Derek Taylor.  According to the pair, they connected with celestial intelligences and disembodied spirits. By doing this and by their other work, they went way beyond what was acceptable to Witches at that time. Sanders was allegedly an expert channeller and allowed spirits to communicate through him. The pair even claimed to be able to communicate with the great Fashioner of the Universe (the demiurge).

June Johns wrote a biography of him called King of the Witches and a film, Legend of the Witches was released in 1970 – both these led to even greater publicity for him and his beliefs. 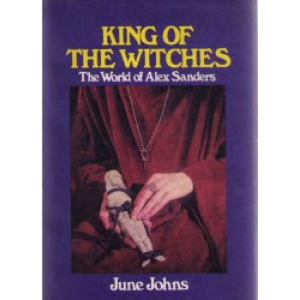 Sanders began to work with a ceremonial magic group called the Ordine Della Luna and continued with them throughout the 1970s and 1980s. In the last decade of his life, Sanders and Taylor documented their magical experiences despite being, by now, widely ignored and denounced by their community. They believed their work to be of vital importance not merely to themselves but to mankind in general. They began to see patterns emerging in their spirit communications – prophecies even presaging the Apocalypse itself (namely a World War III).

When he died on 30 April 1988, Sanders was given a popular send off, recognised as an innovative leader with a solid place in the history and tradition of witchcraft. The King of the Witches was survived by his second wife, Maxine with whom he had founded the Alexandrian Witches. The pair had been estranged since 1971 but retained a close (if, at time, stormy) bond until the end. 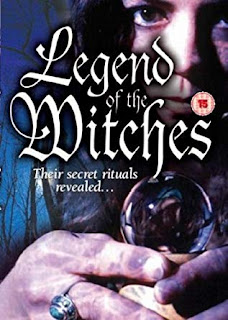 If reports are to be believed though, Sanders still managed to communicate from ‘the other side of the veil’. In 1998, a Wiccan coven in New England claimed to have channelled his spirit at Lammas tide.  He informed them that he was to be reincarnated as a boy in the United States on April 30th 2000.  He continued to communicate with them past that date and up until 2003. His messages urged all Wiccans to love the Goddess and to be strong and unified in their Wiccan beliefs. Maxine Sanders and others have attested to the authenticity of the communications and they are documented in A Voice in the Forest by Jimahl diFiosa.

Derek Taylor died in February 2000 but the Ordine della Luna continues to this day, as does the tradition of Alexandrian Wicca whose initiates meet on new moons, full moons and Sabbats.

Posted by Catherine Cavendish at 16:16