Joseph Barnaby - A Warm Taste of Madeira from Susan Roebuck

Occasionally I like to take a vacation from horror and when I do, my reading tastes are wide and varied. One of my favourite 'go to' authors is Susan Roebuck who lives in Portugal, so it is natural she should set her stories there. Her books are full of atmosphere, character and are set in sun-drenched locations you can lose yourself in. Her latest - Joseph Barnaby - is no exception, set as it is on the exquisite island of Madeira. Here she is to tell us a little about it: 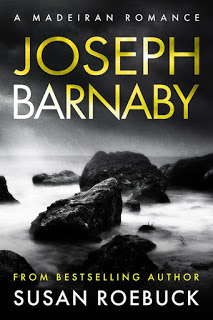 Thank you, Cat, for hosting me today. My novel Joseph Barnaby was published by Crooked Cat Books on 5th October. I thought you and your readers might like to know a little more about Joe.

Who is he? He grew up in the horse-racing community in the east of England and his father was a well-known horse-trainer. His love of horses led him to train as a farrier which, nowadays, is different to a blacksmith. Blacksmiths tend to make anything in iron, like gates and tools. A farrier, nowadays, should be properly trained and tends to work only with animals. They not only shoe horses but also work alongside vets in equine care.

Joseph had to go through several courses to become registered and a member of the Worshipful Company of Farriers. He was great at his job and very popular. Here’s a short extract to show how well-known he was becoming before disaster struck:

'The noise level in The Rose and Crown pub grew in proportion to the amount the clientele drank, but Joe Barnaby’s father managed to make himself heard as he shouted, “My son is the best farrier in the business.”

Joseph Barnaby laughed and raised his glass. “And what my dad doesn’t know about horse farming isn’t worth knowing.”

There was a cheer, then a brief lull as glasses chinked and someone threw a bag of nacho chips in the air, which was a signal for the noise to start up again.

“He sure is,” one of the farmers cried, joining Joe and his father at their table. “And make sure you’re at my stables tomorrow at nine, young Joe! You need to renew the hoof dressings you put on the bay the other day.”

“It’s in my diary,” Joe confirmed. “And the chestnut’s hooves are due for trimming too.” He picked up his pint of beer and downed it. He had the best job in the world, he decided: great friends and clients, and the opportunity to work all day in the beautiful countryside with his favourite animal.”

Yes, disaster strikes when he risks his life and his career by standing up for his principles: against all expert advice he believes that a horse – the favourite - is not fit to run in a major race. He manages to prevent the horse from competing. No-one believes him and he’s shunned, spat at (by punters who lost their bets), hounded, beaten up until he can no longer stand the revenge attacks. Joseph Barnaby is a broken man.

When he’s banned from working as a farrier it’s the last straw. Unable to face society, and fearing for his father’s life if he stays in the UK, he sticks a pin in a map and finds Madeira Island. There he becomes a farm-hand on a small farm at the bottom of an escarpment, miles from anywhere and only accessible by boat. The end of the world. 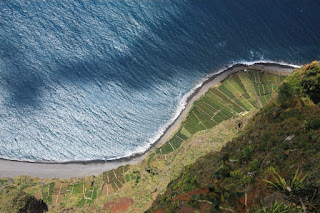 Yet, his good nature seems to shine through wherever he is and under any circumstance. The population of the nearest village takes to Joe and defends him when danger looms.

His kindness extends to animals – even if they are not horses. Look at this extract when two fishermen come to help him on the farm:

“Why do that donkey and all those goats follow you about?” Carlos asked, eyeing Ed (the donkey). “Everywhere you go, there they are.”

That set them laughing, and Joe, for the first time in over a year, felt the ease and enjoyment of being with his fellow-men.”

Love is not far away for Joe. He falls for Sofia, the farmer’s niece who is deaf. Most people don’t know how to communicate with deaf people, but Joe soon understands how to face her when talking and let her read his lips. He even learns sign language:

When Sofia returned, several of the children ran to her and pulled on her hands.
Laughing, she signed at them and pointed to Joe. She signed. “I told them you are J.O.E.,” she said to him, showing him how to spell his name in sign language. “This is hello,” She waved.

He waved at the students who responded Hello, J.O.E.

One of the younger ladies signed at him and he looked in question at Sofia.
“She’s asking how are you? Actually I think she’s flirting, but still…”

Joe’s nature doesn’t let him give up on himself for long, but you’ll have to read Joseph Barnaby to see if he has the strength to recover and regain his reputation and the life he yearns for. 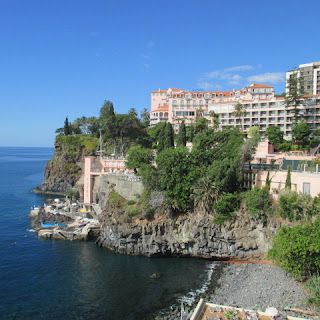 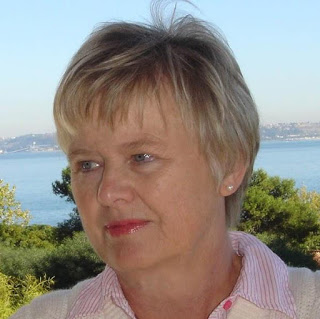 You can buy Joseph Barnaby here:


It is with great sadness that I have to report Sue passed away on May 5th 2019. We will all miss her kindness, talent, and generosity of spirit.

Her beautifully crafted books are her legacy. They will live on.

Posted by Catherine Cavendish at 12:26