Midnight in the Graveyard - Out on October 15th! 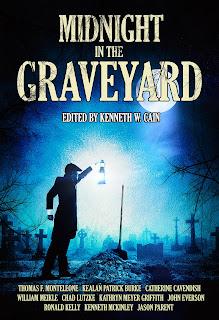 I am in fantastic company in Silver Shamrock's first anthology - Midnight in the Graveyard. Here's a flavour of what to expect:

Midnight. Some call it the witching hour. Others call it the devil’s hour. Here in the graveyard, midnight is a very special time. It is a time when ghostly spirits are at their strongest, when the veil between our world and theirs is at its thinnest. Legend has it, that while most of the world is asleep, the lack of prayers allow the spirits to communicate under the cover of darkness, among the headstones, their whispers rustling in the leaves of the old oak trees. But if you’re here in the graveyard, you can tell yourself it’s just the wind, that the moonlight is playing tricks on your eyes, that it's only the swirling mist you see. But when you hear the graveyard gate clang shut, the dead have something to say. Here are their stories…

In total, there are twenty-five of us, each bringing our own scary tales for your delectation, shivers delight and terror, and I am honoured to be included. Here's the line up:

Oh - and me of course. I'm bringing you Euphemia Christie: 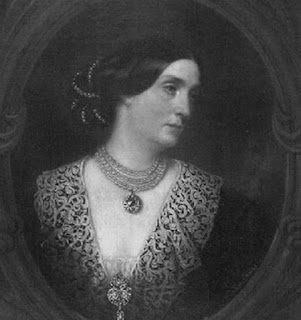 'It began with a gravestone, or more accurately, a whole cemetery of them...'

'I had been away from the Old Manse no more than half an hour, probably less, but in that time, the smell of burning had intensified. My nerves tightened and a voice screamed inside my head, warning me to stop. Not to do what I was about to. But another voice pressed me on and I stepped once more over the threshold.'

Midnight in the Graveyard comes out from Silver Shamrock Publishing on October 15th and can be found at: