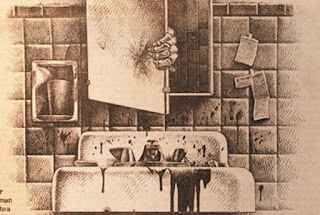 The sad, but true, story of Ruthie Mae McCoy – whose murder inspired Candyman

You’ve seen the movie, Candyman? Classic horror, and it had to be supernatural fiction. I mean no one could enter someone’s apartment through their bathroom medicine cabinet, could they?

Well apparently they could. In the high rise apartment buildings in Chicago’s South Projects, there was a building flaw so serious that it led to at least one well documented murder.

The 52 year old woman called Ruthie Mae McCoy lived on her own in apartment 1109 on the eleventh floor of the Grace Abbott House in Chicago’s notorious ABLA housing project, where violence was rife, fights broke out on a regular basis and break-ins were common. The police were called frequently but often, according to residents, never bothered to turn up. People thought they were afraid to. Maybe that was true - this was a scary place to live. But they did have a host of hoax calls from there.
Ruthie Mae had her own set of problems. She was receiving outpatient care for her many psychiatric problems and was hardly the most popular of residents. She would swear at neighbours, talk to herself in the street and was generally someone people steered clear of. She lived her life  in a state of perpetual terror and, living where she had for four years could hardly have helped. No wonder she felt the need to shout on occasions. As far as immediate neighbours went, there was only one other occupied apartment on her floor.

Neighbours did note though that Ruthie Mae seemed to be making an effort to turn her life around in the months before her tragic murder. Gone were the old bag lady clothes and the cussing out. She seemed to be eating better, dressing better and generally behaving in a much more pleasing, friendly manner. She had also enrolled in classes to try and better educate herself. 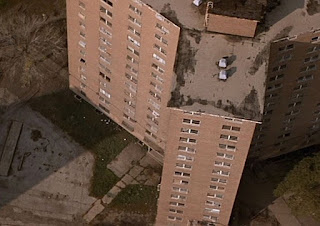 One day, in a van on her way back from the psychiatric unit at Mount Sinai Hospital, she confided in a fellow passenger. “Someone has threatened my life.”

The passenger urged her to seek help but Ruthie Mae said she didn’t want to involve anyone else. Instead she returned home to a building where elevators frequently broke down, drug addicts roamed the corridors and she had to walk down a long, lonely, often dark corridor to reach her apartment. This was a horror story waiting to happen.

On an April night in 1987, the police received an emergency call from a clearly frightened woman, Ruthie Mae McCoy, "I'm a resident at 1440 West 13th St. and some people next door are totally tearing this down, you know… They throwed the cabinet down.”

Further questioning by the despatcher revealed that the cabinet Ruthie was referring to was in her bathroom and that the way the building was constructed meant that the back of her cabinet also formed the back of the cabinet in the next door apartment. It was indeed possible for someone to break in that way and, in fact, it wasn’t the first time a breaking and entering had been facilitated in this way.

A total of six police officers in three cars arrived at the high rise building, after two neighbours had called 911 reporting the sound of gunshots coming from Ruthie Mae’s apartment. Four of the officers banged on her door but there was no reply. Two more police officers were waiting downstairs. They drove over to the project office to fetch a key. When they arrived back and tried it, it didn’t fit. They called Ruthie Mae’s telephone and, from the hallway, heard it ring and ring. No answer.

They now debated whether or not to break the door down – an action which could have serious repercussions if taken without good reason. Once again, they contacted the project office. The janitor answered but said he had no other key for that apartment.

Incredibly, the officers made the decision to leave the premises. 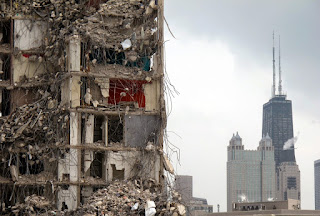 The following evening, Ruthie Mae’s neighbour called police expressing serious concerns about her welfare. She said she had not seen Ruthie Mae all day and, as she always, without fail, saw her each morning, she was certain something was badly wrong. This time, police, accompanied by security guards from the Chicago Housing Authority arrived.  This time, the police wanted to break the door down but were dissuaded by the security guards, concerned the tenant might sue and also about the need to subsequently secure the apartment.

The officers once again left the premises.

The following day, the concerned neighbour contacted the project office after yet again failing to see Ruthie Mae. This time, a project official arrived along with a carpenter, who then proceeded to drill through the lock.

The two of them found Ruthie Mae in her bedroom, lying on her side in a pool of blood, with one hand across her chest. When they turned her slightly, the unmistakeable smell of decayed flesh told them she had been dead for a while. She had been shot four times. Papers were strewn around her along with magazines and coins. From the nature of her injuries, she probably didn’t die instantly but, however quickly she had been taken to hospital, it is unlikely she would have survived the attack.

However brutal and violent, such a murder wouldn’t have made much of a headline, as such crimes were all too common in the projects, but what made this one different was the way the perpetrators had gained entry. They had simply broken into the adjoining apartment, removed the bathroom cabinet and climbed in. What sort of building was this where personal safety had been so blatantly and callously ignored? The residents were unsurprised. They knew only too well that burglars and other criminals had it easy there. Only six nails secured those cabinets and many a wrongdoer had escaped police capture by climbing through a cabinet into the neighbouring apartment, waiting there quietly until the coast was clear. It was well known, but nothing was done to rectify the serious design flaw. 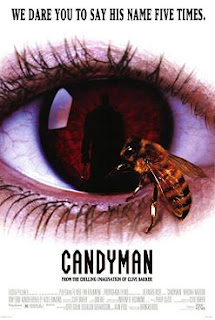 The motive for Ruthie Mae’s killing was most probably robbery. She had recently been granted supplementary income, backdated by some months. She was planning to use her small windfall to help her get a better apartment - out of the projects. The murderers almost certainly planned for her to be home when they invaded her property so that she could tell them where she had hidden her money.

Two men were charged with her murder - 19-year-old Edward Turner and 22-year-old John Hondras – both local residents. They went to trial but, owing to lack of evidence, the case against them was dismissed. No one has, as yet, been convicted of her killing.
The Grace Abbott Homes were finally demolished between 2005-2007.
(with thanks to the Chicagoreader.com) 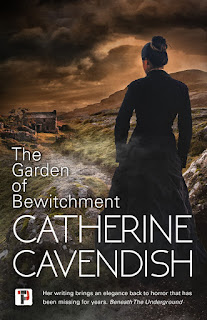 In 1893, Evelyn and Claire leave their home in a Yorkshire town for life in a rural retreat on their beloved moors. But when a strange toy garden mysteriously appears, a chain of increasingly terrifying events is unleashed. Neighbour Matthew Dixon befriends Evelyn, but seems to have more than one secret to hide. Then the horror really begins. The Garden of Bewitchment is all too real and something is threatening the lives and sanity of the women. Evelyn no longer knows who - or what - to believe. And time is running out.

Posted by Catherine Cavendish at 13:06