Today I'm handing over to Marie Carhart,who is talking about her late brother's recently published sci-fi novel, The Kabrini Message. I read this over the weekend and I can thoroughly recommmend it. A riveting read! 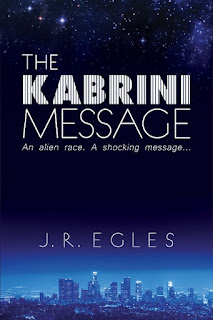 Thank you so much for having me here today, Cat.

As you know, The Kabrini Message is a novel written by my late brother, Joe Egles, back in 1987.  I only recently discovered Joe’s manuscript (hand typed by our mother) in a box in my attic.  The whole “story-behind-the-story” can be read on the two-part blog post I did, so I won’t repeat the entire thing here.


But basically, after reading The Kabrini Message and becoming entranced by it, I decided it must be published.  This “message” just had to make it out of the attic and into the hands of the public.  I know everything happens for a reason, when and how it’s supposed to.  I believe my “message” in finding this forgotten jewel was to make it my mission to get it out there and now, more than a quarter of a century after it was written,  must be the perfect time for it!


There are messages all around us; some people are just more tuned in than others – as is the case with the main character in The Kabrini Message, Jeffrey Driscoll.  Jeffrey always sensed when he was looking through his telescope that someone or something was looking back, which is why the Kabrini chose him to get their message out.


We are all capable of receiving the messages surrounding us…if we listen carefully.  But to certain individuals, it just seems to come naturally.  Just like his main character, Joe was one of those people.


For no particular reason, up until now, I have not released any excerpts, so this will be the very first one!  Here is a brief synopsis, followed by the excerpt. 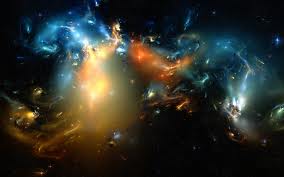 
An alien race. A shocking message…


During an archaeological dig in Greece, Jeffrey Driscoll stumbles upon a miraculous find: ancient crystals with celestial coordinates that will connect humankind with the Kabrini, a highly advanced alien civilization. His discovery leads him on a quest from the jungles of Africa to the Islands of Greece, from the streets of London to the tombs of Egypt, from Washington D.C. to Los Angeles, Jamaica, and Vienna, and finally to the deepest depths of space and Earth’s first global space effort, the Legacy mission.


When Driscoll Mining and the U.S. Army complete deep space construction of the Kabrini communications network, the Legacy mission is deemed a success. But a dangerous terrorist group hungers for revenge, and Driscoll will stop at nothing to save the project. As his obsession with the Legacy mission spirals out of control, he risks losing everything—his company, his grasp on reality, and the one thing he’s ever truly loved: his wife. And when humankind finally makes contact, they discover the Kabrini Message isn’t exactly what they expected to hear… 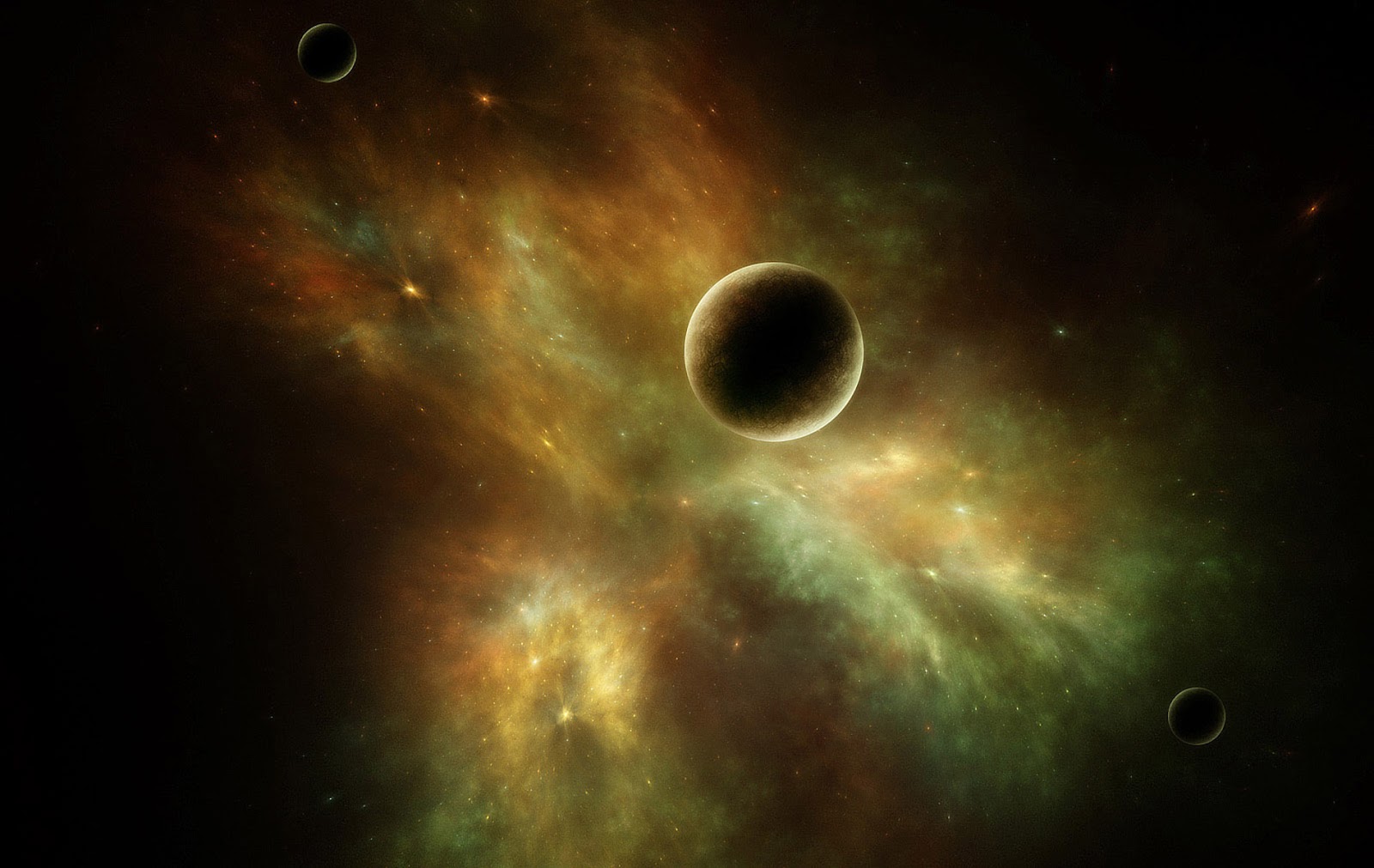 The fire in Professor Gregory’s study burned low.  Outside, it was just getting dark and the first drops of a cold London rain splattered against the windows.


“Alrighty, then,” Gregory started as he sat down behind his desk. “As you may know, the Romans had umpteen gods. So did the Greeks. So what’s one more soothsayer? With a god for every occasion, they were only being religious by convenience anyway. That's why I never took this damn thing so seriously in the first place.”


"Took what seriously?” asked Driscoll.  “The Romans…or the Greeks?”


"Neither,” said Gregory sounding exasperated already. “I’m talking about the Oracle, the Oracle, you numpty.”


Gregory was clearly annoyed.  He was used to dealing with his razor-sharp archeology students, and they were used to paying attention to details.  Driscoll was not…at least, not to the point required for Gregory’s complex explanation. Driscoll practiced what he liked to call a holistic approach to life situations.  In other words, he took in the big picture and then did whatever was necessary to keep from getting chucked out of it.


“The Oracle, right, at Delphi,” said Driscoll. “You mentioned that on the phone. But what’s the fuss? It's not news. That's where rich folks went for advice about the future, right? The place where people went for prophecies…from priests or something.”


“But the Oracle wasn't just a place, like a fountain or a shrine,” corrected Gregory. “It was supposed to be a person, or a deity, who only spoke through priests. The priests in turn doled out the information to the faithful.”


“And by ‘faithful,’ you mean those who could afford to pay,” said Driscoll.


“Well, yes,” agreed Gregory. “But my point is, it couldn't have been all rubbish or they wouldn’t have kept coming back for advice. And they did…important people, like Caesars and such. There must have been something to the Oracle’s prophecies.”


“Unless it was just fashionable,” said Driscoll.


“Ah…wait, what?” stammered Gregory. Driscoll had broken his train of thought, which stunned the professor into silence. “This is what’s so difficult about talking to Driscoll,” thought Gregory. He never knew when to expect an intelligent comment. This one had caught him by surprise.


Driscoll kept talking as Gregory struggled to regain his composure. “I mean, in those days, you couldn't impress your wealthy friends by buying a flat screen TV or a Ferrari—so you blew a load on the Oracle to show off.”


Gregory was mildly shocked. “Has money made Driscoll wise?” he wondered. “No, no, surely not. It never works that way. But trust Driscoll to do everything ass-backwards, including getting smart,” he thought.


“Precisely!” Gregory finally answered. “And what do you suppose the priests did with all that wealth, mate?”


“I don't know,” Driscoll responded as he thoughtfully scratched the stubble on his cheek.


“Neither did anyone else,” Gregory said with a slight leer in his eye. “Until now.”


Driscoll dropped his boots to the floor and leaned forward on the leather couch. This had definitely piqued his interest.


“Listen to this,” said Gregory, producing a notebook from his jacket pocket. “This is an exact translation from a scroll my colleague Jessup unearthed near Delphi.”


The professor flipped through the tattered pages of his composition book and read aloud:


“‘I am an apprentice to a scribe.  But, by the time this is read, I will not only have been a scribe, but will have been dead for some two thousand years.


However, due to my experience as apprentice to Piros—scribe, scholar and personal acquaintance of the Great Emperor Claudius—I have access to certain knowledge, which if I do not set down, may be lost forever; unless the High Priests forsake their vows, which is not likely.


But to share this knowledge in my own time would certainly be the cause of my death.  Therefore, I share it with yours.’”


Gregory paused and glanced at Driscoll, who seemed to be mulling over the words.


“So this guy has something important to say, is that it?”  Driscoll said sarcastically.


“‘In my time, I have no understanding of what I have seen.  Yet I hope the passage of many centuries may bring wisdom to my words so that you, in your distant world, though you are standing exactly where I am now, may read and understand.


For I have seen the Oracle at Delphi.  And It is not Human.’”


“Not human?!”  Driscoll repeated.  He was leaning so far forward now, Gregory thought he might tumble off the couch.


“That’s what the bloody man says,” said Gregory, “and he should know.  He claims to have been there several times and seen this Oracle thing twice.  Once while it was reclining and going about ‘business as usual’ with the High Priests, and once when it was being carried out.  During this second viewing, the scribe said the Oracle didn't look at all well.  It might have been dying or perhaps already dead, and the priests were taking the body to some secret burial place.  Anyhow, It was never brought back.  Apparently, interest in Delphi seemed to wane after that, at least among the big shots.  For the Caesars and the like, the Delphi prophesies seemed to have lost most of its punch.  The priests continued to sell prophesies, but more so to the public—at a cut rate, I presume.”


“Discount prophecies,” Driscoll said with a pensive grin.  “Talk about bargain shopping.”  He paused briefly to take another sip of brandy.  “Did he write anything else about the Oracle, Itself?” he asked anxiously.  He was already getting involved. “I mean, did he say what it looked like?"


“Oh yes,” said Gregory with a smug smile.  He knew he had Driscoll now.  “In fact, he was quite descriptive.  The scroll was very long . I only copied the first part, but I read Jessup's entire translated version.  He said the Oracle's appearance was that of a boy with longish hair—except It had pale blue skin and dark blue hair.”


“Holy shit…sounds like some kind of freakish Smurf!”  Driscoll said.


Gregory restrained from rolling his eyes this time.  “Also, Its eyes were clear, or maybe white.  The translation is not precise on that point.”


“Yes, and it gets even stranger,” continued Gregory.  “The scribe’s description was from that first occasion, when the Oracle was reclining on a couch and being attended by the priests.  He said it appeared to be nude except for a thin, light blue veil and—are you ready for this Driscoll?—It had the sexual organs of both male and female!”


Driscoll said nothing.  He just sat on the edge of the couch, his elbows resting on his knees, his empty glass dangling from one hand.


Gregory stood up, stretched and walked out from behind his desk.  He leaned against the front of the desk and said slowly, "Driscoll, I think that Oracle was an alien.  Those High Priests had found, and were keeping, a bloody alien!”


The rain tapped on the windows.  The darkness from outside seemed to crowd into the study, despite the blazing fire.


Driscoll slowly set his glass on the coffee table and stared into it for a few moments.  His mind raced back to his boyhood bedroom.  He recalled all those sleepless nights he’d gazed at the stars through his homemade telescope as his drunken father raged downstairs.  Fast-forwarding to college, he remembered the countless hours he spent in the Princeton observatory studying the infinite depths of space, examining each pinprick of light.  Every time he’d ever looked up at that endless vista, he’d always had a feeling there was something—or someone—looking back at him.


“Gregory…”  Driscoll began stiffly.  For once, he was truly at a loss for words. “Gregory, are you…that is, well…don't you think you might be jumping to conclusions?  I mean, isn’t it more likely that that poor thing was the sad result of generations of inbreeding or something?  We know it went on all the time, back then.  Maybe that or some terrible disease or something…”


“Goddammit, I’m a scientist, Driscoll!”  Gregory interrupted.  “I don't jump to bloody conclusions.  It’s true, I don't have any real proof, but that's where you come in.  And anyway, there’s more. About the crash site.”

Now, have a look at the fabulous trailer:
http://www.youtube.com/embed/kMnnm_MnmV8
You can buy The Kabrini Message here
Amazon
Barnes and Noble
OmniLit 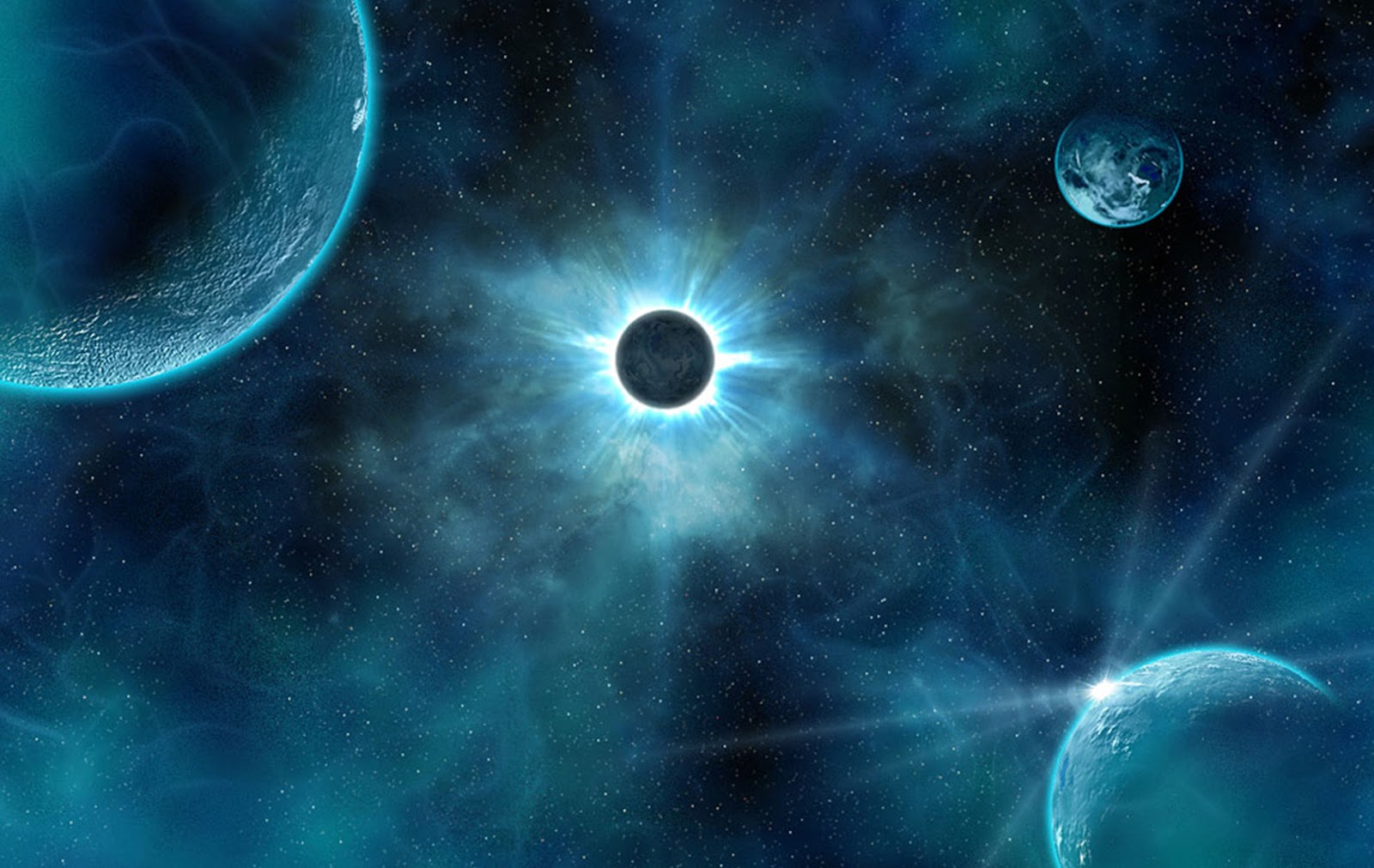 Posted by Catherine Cavendish at 12:19 No comments: