If You Go Down To The (Screaming) Woods Today... 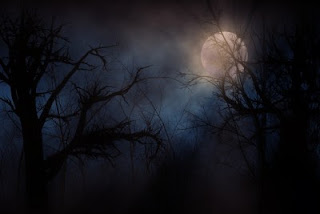 ...You had better be prepared to experience more than you bargained for. Especially if the woods in question are in the vicinity of the Kent village of Pluckley. Properly known as Dering Woods, this forest is more commonly known as the Screaming Woods – and for very good reason.

The area itself is situated just south of England’s (arguably) most haunted village – Pluckley – where it seems almost every building and piece of land has its own ghost story to tell. Pinnock Bridge has its Gypsy or Watercress Woman who is supposed to have set herself on fire from a combination of the pipe she was smoking and the gin she was drinking at the same time. She wafts around as a misty figure.

The Elvey Farm has a haunted dairy where an 18th century farmer – Edward Brett – fatally shot himself. He is still heard, muttering ‘I will do it.’ 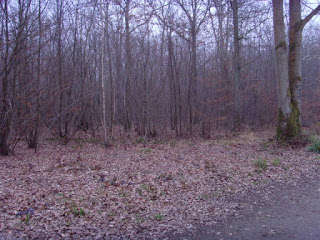 A black silhouette of a miller haunts the site of an old windmill, while a red lady walks her small white dog around the churchyard and a white lady wanders around inside the same church. The locals at the time of her death must have really feared her. She was buried inside not one, but seven coffins AND an oak sarcophagus. She’s still pacing around there though!

An unfortunate love affair led to the suicide (by poisoning) of the Lady of Rose Court, and a poor man who fell into a clay pit still screams in agony. A schoolmaster who hanged himself is still apparently trapped at the site of his demise.

Now, after experiencing all that, you could well be forgiven for deciding to retire to the local hostelry (the Black Horse Inn). Surely here you could kick back and relax over a pint of foaming ale or a glass of comforting wine? Not a bit of it! After the phantom coach and horses have thundered by outside, expect things to start flying around you as the resident poltergeist gets to work.

But I digress. Back to the woods. 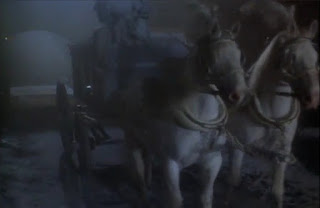 In the 18th century, a highwayman called Robert du Bois was tracked down and run through with a sword while he hid in a tree in these very woods. Another version states that he was dragged to the woods before being lynched. Either way, his are the screams which give the woods their name - along with a couple of other unfortunates, such as the army colonel who hanged himself and still can be seen dangling from his tree, and the ghostly soldier who wanders the woodland paths. Others who have simply lost their way - and never found it again - add their desperate voices to the cacophony from beyond the grave.

Sceptics might say it’s just foxes. Everyone knows foxes can make a terrible racket. As if hell itself had opened and let the screams of the damned escape.

But those of us who know about such things, don’t need any such explanations. 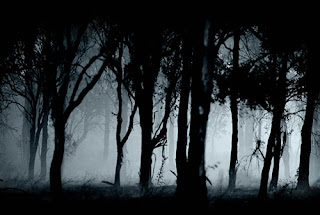 Posted by Catherine Cavendish at 00:30 8 comments: Links to this post

The Changeling - How Fiction and Reality Intersect To Create A Novel


J.G. Faherty is one of my favourite modern horror authors, so when I heard about his latest - The Changeling - I had to learn more. Today, he tells us how this story developed - and how you can win a copy: 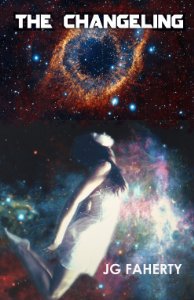 A few years ago, I came across some articles about how the U.S. military was experimenting with lightning as a potential weapon. At the time, I had some notes in one of my several notebooks of ideas about a young girl who develops superpowers but can’t control them. I’d put the concept aside because it seemed to common – another superhero story? Who needs that?

But the idea about lightning appearing out of nowhere to destroy things stayed with me, and I started adding to my notes. Lightning. Military weapons. What goes wrong?

Eventually, I received that Aha! moment all writers love. “What if the girl isn’t a superhero? What if the powers she has are hurting her, but she’s forced to use them anyhow?” 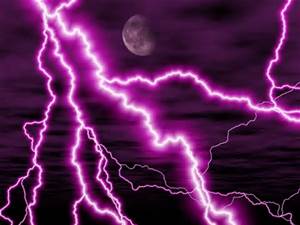 From there, the rest of the book came to me in a nice, tidy bundle. Girl. Struck by lightning. She survives, but starts to develop these weird abilities. Then she discovers it was part of a military experiment, and now they’re after her to figure out what happened, why she can do these crazy things. And after some thought, I decided that she shouldn’t have common superpowers. No super strength, no lightning bolts from her fingers or lasers from her eyes, she can’t fly. Instead, I decided to give her abilities that would be hard to understand, and difficult to master.

But every book needs a subplot, and it needs to resonate with the readers emotionally. In most superhero stories—comics, movies, books—these fall into 3 basic categories: romance, personal relationship with the villain, and the idea of responsibility. Spider-Man had MaryJane, The Lizard/Doctor Connors, and his Uncle Ben. Professor X has Magneto and his dedication to bridging the gap between mutants and normal folk. And so on. 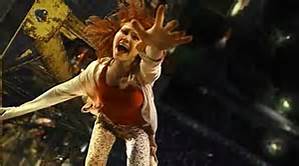 And therein lies a problem. When you’re writing a story, you want to work with what the readers like to see/read about, but you don’t want to just do more of the same old thing. You want to break new ground. Be original.

That’s when it came to me: this wasn’t a superhero book. My character wasn’t going to become the next Wonder Woman or Supergirl or Jean Gray. She just wants to be a normal teenager, to get her life back from the people who ruined it.

So I took some advice from an old mentor – When you’re writing a book, take your first idea and turn it upside down and inside out – and reworked my story in a way that allowed me to be original while still delivering the basic expectations of the reader. A love story? Yes, but not a traditional one. Relationship with the villain? Yes, and it leads to considerable problems. Responsibility? Yes. As a teenager, my heroine not only has to be responsible, she has to first figure out how to be responsible, something that up until now only meant finishing her homework, not breaking curfew, and getting her chores done. She’s thrown into the pool and has to learn how to swim, because the lives of her family depend on it. And she makes mistakes. Big ones.

Over a period of two years, I wrote the book, in between other projects. The original title was Lightning from a Clear Sky, but during the editing process it became The Changeling, a nod to the main character who undergoes so many mental, physical, and supernatural changes. It also evolved from the before-mentioned super hero story to a YA science fiction thriller. An experiment of sorts for me; I’d written YA before –horror, dark fantasy – but never sci-fi.

And now I’ve embarked on a second experiment with that book. Rather than submit to traditional publishers or small press, I’ve set up a Kindle Scout promotion. For those of you not familiar with this, it’s part of Amazon’s publishing arm. For 30 days, readers get to peruse an excerpt of the book and vote for whether or not they’d like to see it published so they can read the whole thing. At the end of the 30 days, Amazon’s editing team reviews the votes, reads the books, and decides which ones that month get publishing contracts.

What’s the prize for the readers who voted for it? They get a free Kindle copy of the book.

You can read the excerpt here: https://kindlescout.amazon.com/p/3SNA1TEAOMD0F and vote if you like it. There are other great books there as well – horror, sci-fi, mysteries, thrillers; adult and YA. You can nominate as many as you want, although only 2-3 per week. And Amazon tracks if you actually read the excerpt, just so writers don’t screw around with the system.

Needless to say, it’s been a nail biting experience. I’m only 2 weeks in, so I’ve got a ways to go before I find anything out. But if it gets a contract, The Changeling will surely be a project where fiction and fact came together like peanut butter and chocolate for me! 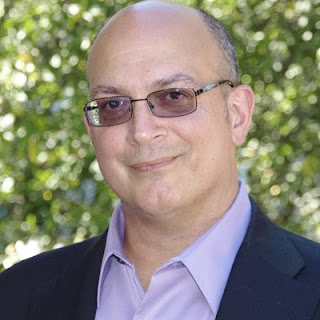 Posted by Catherine Cavendish at 00:00 2 comments: Links to this post