What Are The Grim Secrets of the Asylum? 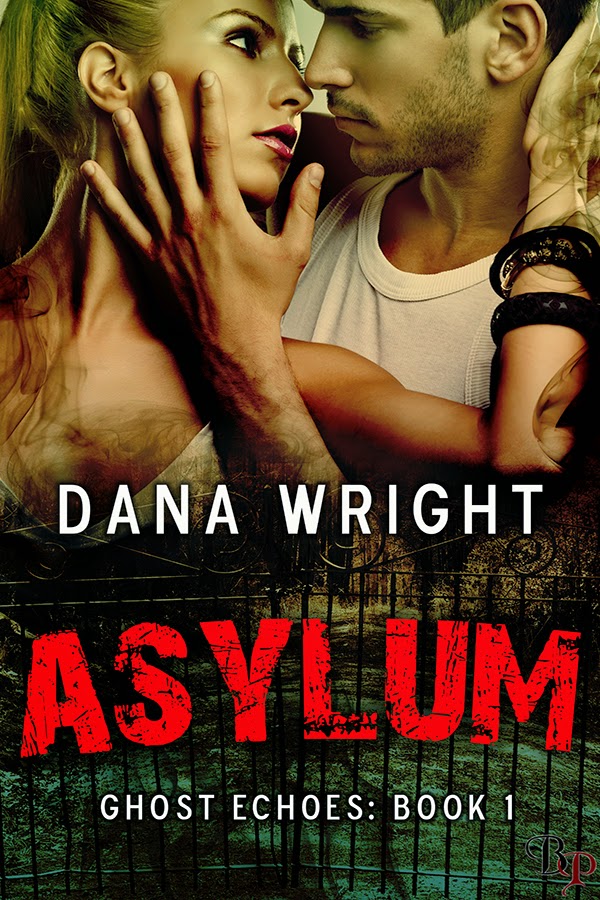 Multi-genre author, Dana Wright proves that horror wears many hats. With her brand new story Asylum - the first in her Ghost Echoes series - she has written a novella, full of suspense, the supernatural and some serious sexual tension between her two main characters. I'm delighted she is joining me today - and she's talking about writing, research, and how to juggle life, the day job and dealing with deadlines:

My newest release is called Asylum and it is about a young woman named Rachel who can see behind the veil and connect with spirits. When she is faced with taking another ghost hunting job after a horrible accident, she is tormented but needs the money to get her grandmother out of a terrible nursing home. She goes to Bremore Asylum with her nemesis, the psychic debunker Matt Rutledge. He thinks she’s a load of hot air and is about to learn the hard way she isn’t. (That’s one of my favorite parts of the story.)


What was one thing you wanted to research when writing the story?

The research into old asylums and the abuse that went on in some of them. Women were placed in asylums by their families for failing to comply with the social attitudes of the time and there was a lot of pain that stuck around. I wanted to explore that.

The other thing I wanted to explore is the genuine phenomenon of connecting with the spirit world (Rachel’s point of view) and fighting the type of shyster that takes advantage of people in times of great hardship or grief. (Matt Rutledge’s character). They both have very valid points of view and it was wonderful to see them mesh. 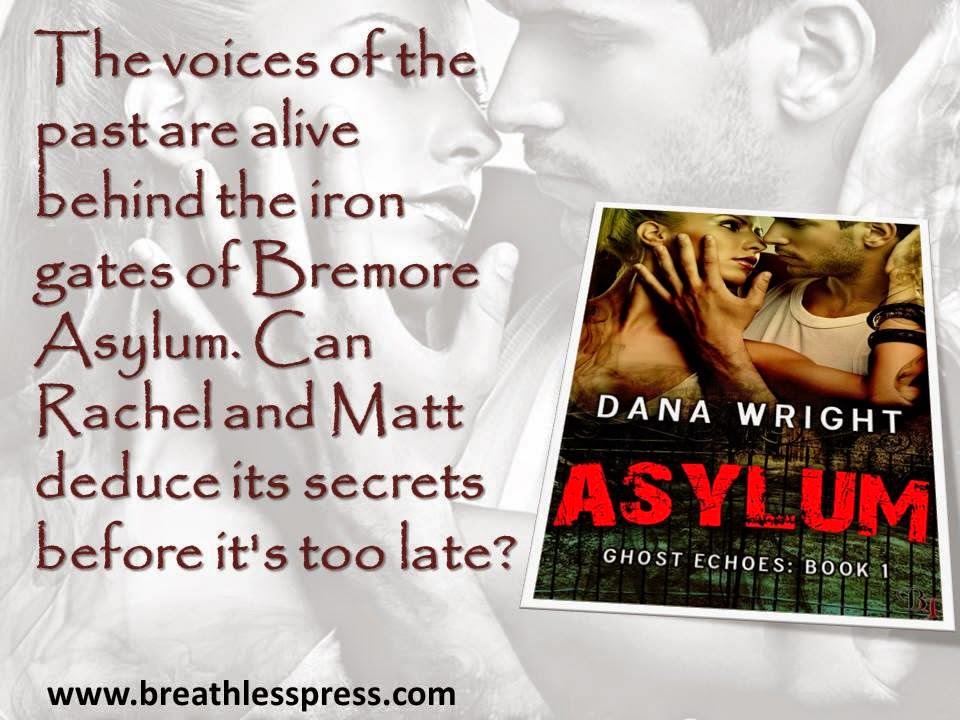 Do you have anything you do before you start a project?

When I start a new story I immediately go to Pinterest and start looking at images associated with the current project and if they connect, then I make a board. I also pick out music that fits the theme if it is very pronounced. For example, one story I have under my pen name deals with a dark circus/urban fantasy type of environment. I found the most amazing album that had creepy circus music and the story came alive in my mind. The catch is to find something that doesn’t distract with lyrics or I’ll be singing (badly) instead of writing.

Which authors have influenced your work?

Stephen King was a biggie in my formative years. I also read a ton of Anne Rice and a wonderful anthology given to me by my sister for Christmas one year when I was a child called Tales of Horror and the Supernatural. I think the tendrils worked their way into my brain. Lol. I also read a lot of Virginia Henley, Nancy Collins, Kim Harrison and Melissa Marr. Urban fantasy, horror, romance, mystery and young adult all find their way into my stories at one point or another.


How does your family like you being an author?

They are excited for me. I write under two names and they love that I am doing light romance now and demand I write a werewolf or shifter novel. My thinking cap is on.

My husband is my biggest cheerleader. We have worked out a system where he will go to the grocery store and throw me chicken strips or a pizza when deadlines loom and I’m freaking out trying to balance a full time job and writing under two names. It is a balancing act, but with his help I am able to get quality writing time almost every day.

When you aren’t writing what do you like to do?

I love to crochet, knit, play with my furry canine children, bake and read. But as you can imagine, writing comes first and I don’t get to do as much of my hobbies as I would like. Monster movies are also a favorite and you can often find me watching Netflix on my iPad doing my hair or glued to the set while I sit with my husband while we eat, then I dive right back into my writer cave.

I am working on the next Ghost Echoes story, two YA books, a horror novella and about a dozen other different projects. I’m also working on a middle grade series and it is in the planning stages.


Seven things to know about me:


Thanks for having me on the blog today Catherine! It was a lot of fun and I hope you will all love Asylum.


Thank you for being my guest, Dana. And, for the record, I LOVED Asylum!

Blurb:
The voices of the past are alive behind the iron gates of Bremore Asylum. Can Rachel and Matt deduce its secrets before it's too late?

When Rachel agrees to take the job investigating the disappearance of a fellow ghost hunter at Bremore Asylum, she is totally unprepared for the sexy and stubborn psychic debunker Matt Rutledge to be a part of the package. Can these two opposing forces find the answers behind the asylum's crumbling walls before they become the newest victims to the asylum's grim history?

Excerpt:
Rachel narrowed her eyes. What little hold she held on her frayed temper snapped. Self-doubt flared, but she stamped it out as quickly as it came.

"What's that supposed to mean?" She stepped forward, hands clenched into fists, her foot brushing against the luggage. Her hoodie slid off the suitcase and flopped unceremoniously into the dirt.

"We haven't even started on the project and you're trying to displace me already?"

Rutledge stepped back, surprise clear on his lightly parted lips. Lips she apparently still wanted to kiss, damn his eyes. God, what was wrong with her?

"My friend almost died because of a mistake I made. But you're already aware of that, aren't you, Mr. High and Mighty? Listen to me and listen good. I'm here because my grandmother needs me. I'm a damn fine ghost hunter, which you would already know if you bothered to see beyond what happened to Jeannie." She poked her finger into his chest and had the satisfaction of seeing him wince.

Matt stepped back and held up his hands, a ruddy flush creeping up his cheeks. "Okay. I was out of line. Truce?" He bent down and carefully picked up her hoodie, handing it to her gingerly.

"Thank you, Mr. Rutledge." Rachel snatched the hoodie from his hands and tied it around her waist with a firm yank. She didn't want to chance it falling in the dirt again and it was going to be a long weekend. At the rate they were going, it was going to be a full-on ice storm between them.

A flash of humor crossed his face. "Do you think maybe you could call me Matt?"

"On what?" Matt cocked his eyebrow with surprise.

"On whether you can stop dissecting me like one of your frauds." 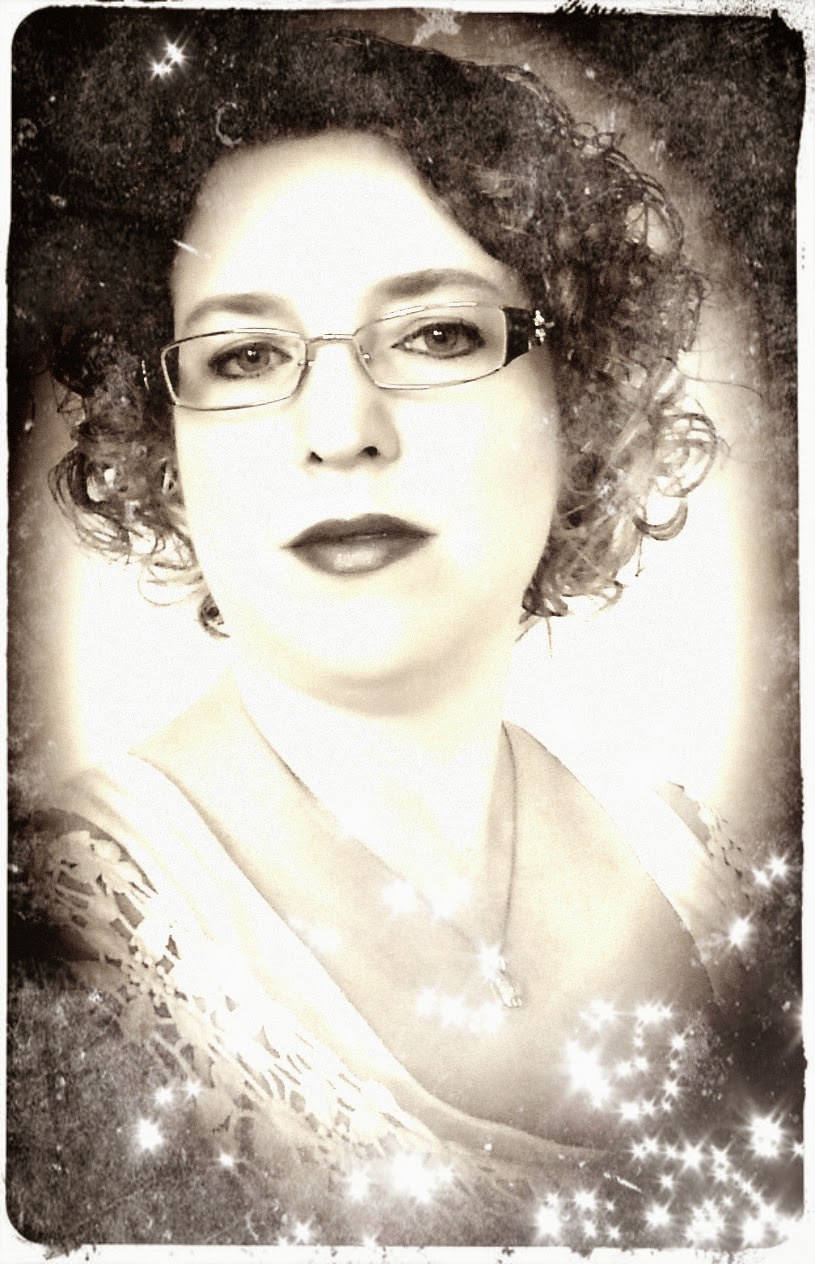 About the author:
Dana Wright has always had a fascination with things that go bump in the night. She is often found playing at local bookstores, trying not to maim herself with crochet hooks or knitting needles, watching monster movies with her husband and furry kids or blogging about books. More commonly, she is chained to her computers, writing like a woman possessed. She is currently working on several children's stories, young adult fiction, romantic suspense, short stories and is trying her hand at poetry.

She is a contributing author to Ghost Sniffer’s CYOA, Siren’s Call E-zine in their “Women in Horror” issue in February 2013 and "Revenge" in October 2013, a contributing author to Potatoes!, Fossil Lake, Of Dragons and Magic: Tales of the Lost Worlds, Undead in Pictures, Potnia, Shadows and Light, Dark Corners, Wonderstruck, Shifters: A Charity Anthology, Dead Harvest, Monster Diaries (upcoming), Holiday Horrors and the Roms, Bombs and Zoms Anthology from Evil Girlfriend Media. She is the author of Asylum due out in October 2014.   Dana has also reviewed music for Muzikreviews.com specializing in New Age and alternative music and has been a contributing writer to Eternal Haunted Summer, Nightmare Illustrated, Massacre Magazine, Metaphor Magazine, The Were Traveler October 2013 edition: The Little Magazine of Magnificent Monsters, the December 2013 issue The Day the Zombies Ruled the Earth. She currently reviews music at New Age Music Reviews and Write a Music Review.

Posted by Catherine Cavendish at 00:01 6 comments: