A Case of Prophetic Fiction...


... or How My Words Will Bring About the End of the World 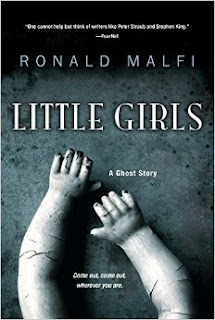 My wife is terrified. She’s got a theory and it may be right. I’ve been ignoring it for some time, but now...well, now it’s getting harder and harder to look the other way. And the children...they’re watching us.

Even before I’d met my wife, it had been going on. My high school friends—those who read my stories, my manuscripts—commented on the peculiarity of them, the serendipitous and eerily prophetic nature of some of my stories. At around thirteen years old, I wrote a story about a thunderstorm that brought dead things back to life. I printed it out and handed it off to one of my best friends who took it home that night and read it...until the power went out in his house due to a raging thunderstorm. The next morning, a dead squirrel had been washed up on his front porch. It wasn’t the zombified version that appeared in my story, but it was close enough to cause him some consternation.

Sometime later, I wrote a story about a group of friends who fight a monster, and at the end of the story, one of the characters, who was based on one of my best friends, moves to California. About a year later, that friend’s family indeed picked up and moved. To California. The remaining friends, who thought I had conspired with my typewriter to make this happen, blamed me for a while. 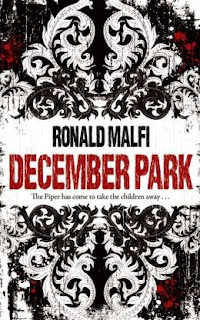 Soon afterward, I wrote what, at the time (I was still a high-schooler), I considered my epic story. At 500 pages, I had written a manuscript called The House in the Woods, and had used all my friends as characters in it. (Many, many years later, a very different version of this original manuscript would be published as what I currently consider my epic novel, December Park.) There is a scene in the original manuscript where the boys tromp through the woods surrounding their town and come across the burnt-out hull of a 1957 Chevy. A very random scene. The woods were a real place in the town where I grew up, and we frequently ventured into them, but of course we never found the cannibalized corpse of an old car...until after I’d written that scene. But then there it was, written into existence, an old Chevy in the woods, just as I had written it. (It was too decayed to tell if it was exactly a 1957, but it was close enough for government work.)

Things only got worse from there.

Once I got married, settled into real life, and began publishing on a regular basis, the prophetic nature of my fiction only seemed to increase. I wrote a novel called Passenger, which included a fairly gratuitous dog-fight scene, something I knew existed but was rarely if ever talked about on the news. Soon after, Michael Vick was on all the TV channels. After that, I wrote a novel called Snow, and although here in Maryland our winters are generally mild, we were unapologetically crushed by a terrible snowstorm later that year.

She knew of my friends’ claims that what I wrote about back in high school came true, and I thought maybe she was starting to believe it. As for me, I just attributed it to coincidence, like how, back in the 1980s, all those switching-bodies movies came out at the same time. Coincidence, right?

My wife was pregnant with our first child while I was writing Cradle Lake, which focuses on a couple who have suffered a series of miscarriages. Our daughter was born without a problem, but it wasn’t until the book was published and my wife got pregnant a second time that the doctors alerted us to all the possible “problems” we might face this second time around. Of course, my wife and I were upset. “It’s your book,” said my wife. “It’s happening again. Please stop.” 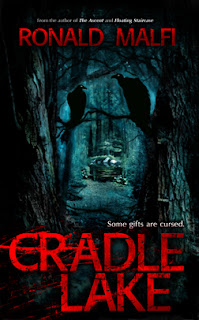 Thankfully, the pregnancy scare turned out okay and our second daughter was born happy and healthy, which is much better than how the Hammerstuns of Cradle Lake turned out, but it was still too close for comfort.

Which brings us up to date. Perhaps it’s hypersensitivity on my wife’s part or perhaps I’ve surrendered to the superstition and finally bought into it, but with the looming publication date of Little Girls, my wife and I have found that our own little girls have been acting...well, strangely. They have begun waking up in the middle of the night and walking about the house, as if in search of something. Twice, I’ve opened my eyes to find my four-year-old daughter staring down at me in bed. She seems to intuit when the mailman will come, and stands by the door mere minutes before the arrival of the little white truck. And my one-year-old daughter has been mumbling a phrase that sounds disconcertingly like, “kill Daddy.”

I try not to think about it too much, even when my daughter starts humming a song in the car, and when I turn on the radio, that song is playing. Or how she seems to know of distant relatives whom she’s never met that have died, and how she claims my wife and I will be seeing them soon...

These anecdotes are frightening enough, but I feel I must apologize to the public at large. Not for Little Girls, which I think is a perfectly fine book, and not for my little girls who, most of the time, are also perfectly fine, but for next year’s release—a book titled The Night Parade. Which, dear readers, I’m sorry to report, is about the end of the world.

When Laurie was a little girl, she was forbidden to enter the room at the top of the stairs. It was one of many rules imposed by her cold, distant father. Now, in a final act of desperation, her father has exorcised his demons. But when Laurie returns to claim the estate with her husband and ten-year-old daughter, it’s as if the past refuses to die. She feels it lurking in the broken moldings, sees it staring from an empty picture frame, and hears it laughing in the moldy greenhouse deep in the woods…

At first, Laurie thinks she’s imagining things. But when she meets her daughter’s new playmate, Abigail, she can’t help but notice her uncanny resemblance to another little girl who used to live next door. Who died next door. With each passing day, Laurie’s uneasiness grows stronger, her thoughts more disturbing. Like her father, is she slowly losing her mind? Or is something truly unspeakable happening to those sweet little girls?

Praise for Ronald Malfi and his novels:

“One cannot help but think of writers like Peter Straub and Stephen King.”
—FearNet

"Malfi is a skillful storyteller."—New York Journal of Books

"A complex and chilling tale….terrifying."—Robert McCammon

"A thrilling, edge-of-your-seat ride that should not be missed."—Suspense Magazine

Links to Pre-Order or Purchase:

Or pick up or ask to order at your local independent bookstore or anywhere e-formats are sold! 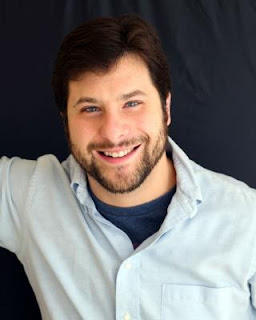 Ronald Malfi is an award-winning author of many novels and novellas in the horror, mystery, and thriller categories from various publishers, including Little Girls, this summer’s 2015 release from Kensington.

Most recognized for his haunting, literary style and memorable characters, Malfi's dark fiction has gained acceptance among readers of all genres.

He was born in Brooklyn, New York in 1977, and eventually relocated to the Chesapeake Bay area, where he currently resides with his wife and two children.

Sign up to win one of two paperback copies of Little Girls by Ronald Malfi by clicking the link to the Rafflecopter link below!

Be sure to follow the specifics you can do each day to gain more entries.

Posted by Catherine Cavendish at 00:30 6 comments: