The Witches of Pittenweem 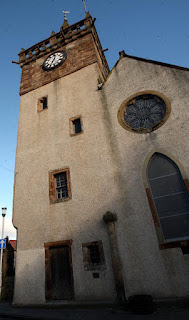 It is a story of bloody violence, torture and death – and it all started with a sixteen year old boy.

In scenes reminiscent of the 1612 Lancashire Witch Trials and Salem eighty years later, Scotland can lay claim to another appalling miscarriage of justice perpetrated against the innocent by the superstitious and vengeful. And at least one of the victims might still be around to haunt the place of her execution.

Pittenweem is today a picturesque fishing community in the East Neuk of Fife. Here, in 1705, Patrick Morton, the sixteen year old son of the village blacksmith, began circulating some wild stories about his neighbours.

He accused Beatrice Lang, whose husband was a former town treasurer. He said she had sent evil thoughts in order to torture him when he had heard her mutter under her breath, clearly angry with him that he could not fulfil her order for iron nails immediately. He said he became ill shortly after - a direct result of a witch’s curse.

In that superstitious age, no one thought he could possibly be telling malicious lies and she was arrested and imprisoned in a pitch dark dungeon where she spent five long months alone, except for regular visits to the torture chamber. Unable to make any of the charges stick, she was eventually freed, but her health was ruined forever, along with her reputation. No one now believed her innocence and she died soon afterwards, alone in St Andrews. 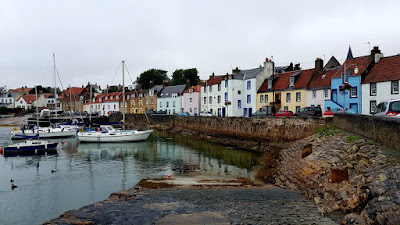 Morton also accused a man called Thomas Brown. He was also arrested and starved to death in a dungeon.

The third victim to suffer Morton’s vengeance was Janet Cornfooot (or Corphat). She was caught but managed to escape her torturers only to be hauled back when a mob caught her in Pittenweem on 30th January 1705. They beat her and dragged her, by her heels, to the seafront. Special levels of cruelty were reserved for her. She was firstly hung up by a rope tied between a ship and the shore, beaten severely, stoned and finally crushed to death by being placed on the ground, a door laid over her and increasingly heavy rocks placed on top until her bones and internal organs were fatally crushed. A particularly vile method of execution.

Believing witches had power over death the mob had to be sure she really was dead and a man drove his horse and cart over her flattened body several times. She was, of course denied a Christian burial and what was left of her was thrown into a communal pit at a place known as the ‘Witches’ Corner’. 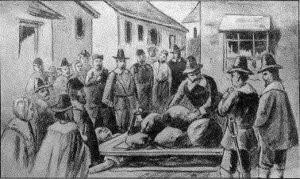 Morton continued his reign of terror accusing women and men of all manner of witchcraft and ensuring they were caught and incarcerated, suffering the most appalling torture.

All the prisoners were held at the tollbooth adjoining the Parish Church in Pittenweem and there, paranormal investigator and author Lenny Low believes he has caught something on camera that could just be one of the tortured women.

There have been a number of sightings of a female ghost there over the years but this time, Mr Low is firmly convinced that his cameras have captured evidence of her existence. He used up entire memory cards on his infra-red and digital cameras at the location, leaving motion sensors running on two floors of the tower of the tollbooth.

Some of the photographs were extremely dark, but something about this one
stayed his hand just as he was about to delete it. He enhanced and lightened it and the image became much clearer. A young woman named Isobel Adam was also tried as a witch at Pittenweem in 1704/05 and he speculates whether it might be her. The photograph was taken on the stairs of the tower, in the exact spot where other visitors have reported seeing a young ghost girl. 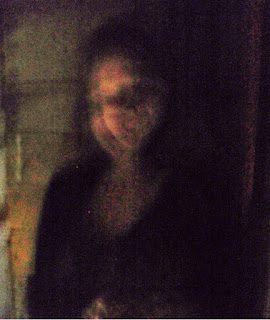 Whether it is Isobel or one of the others, we shall never know. But the evidence is quite compelling that it is somebody not of this world. In all, during the Pittenweem witch hunts, sixteen people died by being burned at the stake and one during torture, but the fact that no lessons had been learned from either the Lancashire Witch Trials nor Salem, and that anyone crying ‘witch’ and pointing the finger would still almost certainly have been believed is perhaps the most sobering and tragic aspect to this whole terrible affair.

As for Morton, he was eventually exposed as a malicious liar but neither he, nor the murdering mob, were ever brought to justice or made to answer for their heinous crimes.

(You can find The Weem Witch by Leonard Low here.

“
Posted by Catherine Cavendish at 12:58