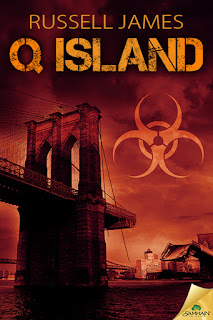 “The horrors are not created by the virus itself, but by what it allows people to do to one another. This is a seriously creepy page-turner that will keep readers up at night.” *

Having read Q Island myself, I would have to agree, so I'm delighted that Russell has made a return visit to my blog today to talk about an important part of the writing-publishing process. The role of - and need for - a copy editor. He also gives us a sneak peek at a couple of aspects of his brilliant new book AND a fabulous giveaway! Over to you, Russell: 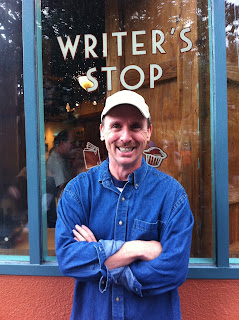 Copy editors are excellent. They have the detail-oriented personality to read through a text, catch every typo, flag every incorrect reference, and erase any continuity errors. Their value cannot be underestimated and no book should EVER be sent out to the world without one.

Copy editors are also on the lookout for the publisher, keeping them from being legally entangled in some mess, especially a copyright issue. Q Island raised that red flag a number of times, all about the same thing.

The lead character, Melanie Bailey, has an autistic son, Aiden. His autism brings on terrible panic attacks, and Melanie can calm him by singing to him.

When he was still just two years old, before his diagnosis, Melanie and her husband didn’t know what to do to calm this poor, sleepless child who seemed in constant distress. Then a song came on the radio and Aiden just relaxed, relaxed enough to finally go to sleep after an exhausting day. Their prayer was answered. Since then, Melanie used that song to calm Aiden in the most stressful circumstances. The first time he heard it was in December. It was a Christmas carol. So Melanie sometimes sings a Christmas carol year round.

Well, every time she sings the song in the book, the copy editor comments stain the margins like spilled wine, reviewing all the dire consequences possible when this copyright violation comes to light after publication. The good news was that I already had permission to use the song. Because I wrote it. The lyrics for it anyway. They are:

Angels in heaven, look down on the child,
Perfect and lovely, tender and mild.
Shepherds that evening, tending their flocks,
Kneel without pain on nettles and rocks.

The rams and the ewes, surround him in awe.
First to acknowledge our Savior and Lord.

First to acknowledge our Savior and Lord.
Wise men who travel, came from afar,
Guided by faith and the light of a star.

I’m thrilled when someone reads a book I’ve written and says the characters ring true, or the locations are vivid and real.But I was stunned that I might have written something that could pass as real song lyrics.

So if anyone wants to volunteer the melody, I’m willing to bang out a chorus and two more verses. Let’s get it done by December.


It’s an epidemic. An ancient virus is loose on Long Island, NY. Its black-veined victims become sociopathic killers, infecting others through body fluids or a post mortem release of spores. Chaos rules. The island is quarantined.

Melanie Bailey and her autistic son Aiden are trapped. Aiden is bitten, but survives. He might be the key to a cure, if she can escape what the world now calls Q Island. Further east, gang leader Jimmy Wade has also survived infection, and become telepathic with a taste for human flesh.

Wade sets his followers on a search for the immune boy who can make him a god, if only Wade can consume him. A scrappy, one-eyed nurse and a retired pipeline technician agree to help Melanie escape, but it’s a long shot that they can avoid the infected, Wade’s tightening grip and a military ordered to keep everyone on Q Island. 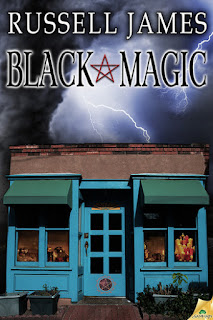 “James has a talent for combining action-packed vignettes into a powerful, fast-paced whole.”—Library Journal on Black Magic

(Five Stars, A Night Owl Top Pick) “I loved the story so much that I’m eagerly waiting to read more from him. He carefully and very intricately wove his storyline to have elements of mystery and suspense throughout. I now have a new favorite book I’ll read over and over again.” —Night Owl Reviews on Dark Inspiration

“The book had me at the edge of my seat. The writing is so vivid I even jumped a few times. If you're a fan of the genre, love ghosts and are drawn to the supernatural, then do yourself a favor and pick up a copy of this book!” —Long and Short Reviews on Dark Inspiration

“James fills the novel with compete characters that are easy to care about and cheer for (or against) when appropriate. There is a very strong human element to the novel that allows the reader to sink into the story and become involved in its events.”--The Examiner 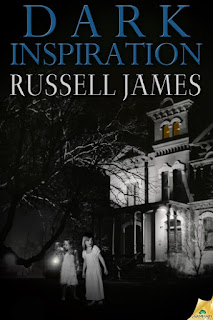 “Dreamwalker is the first Russell James novel that I have had the pleasure to read and it was an absolute blast! I am definitely looking forward to exploring his previous and upcoming works. There is something for everyone in this novel - action, horror, fantasy and a hint of romance. Highly recommended!” --The Horror Bookshelf

“This could very well be the best horror novel of the year.”--Examiner on Q Island

*"This is a seriously creepy page-turner that will keep readers up at night.” * - (full review can be found by clicking here: Publisher's Weekly)


After a tour flying helicopters with the U.S. Army, he now spins twisted tales best read in daylight. He has written the paranormal thrillers Dark Inspiration, Sacrifice, Black Magic, Dark Vengeance, and Dreamwalker. He has several horror short story collections, including Tales from Beyond and Deeper into Darkness, as well as some science fiction collections. Now, Q Island, released July 7, 2015 and he’s already under contract for his next book for 2016.


His wife reads what he writes, rolls her eyes, and says "There is something seriously wrong with you." He and his wife share their home in sunny Florida with two cats. 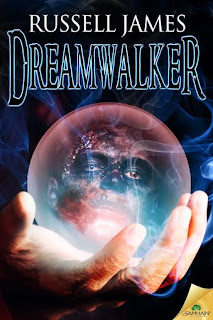 Your chance to win!

Rafflecoper giveaway for two audiobook copies of Dreamwalker. Two winners will each win one code for a free audio book, open everywhere. Must use a valid email that you can be reached by. By entering the giveaway, you consent to allow Russell to have your email for very infrequent newsletter updates. Contest ends August 31, 2015.

(Other contest questions can be referred to Erin Al-Mehairi, publicist, Hook of a Book Media at hookofabook@hotmail.com.)
Good Luck!