Why Does It Have To Be Snakes? With Russell James

I am delighted to welcome Russell James as my guest today. He writes brilliant horror stories, fast-paced and edge of your seat reading. I really love his series of novellas featuring paleontologist Grant Coleman and environmentalist Janaina Silva. Their latest adventure is out now - Curse of the Viper King. Here's Russell to talk about it:

Why does it have to be snakes?

So Indiana Jones laments in Raiders of the Lost Ark, and the audience gets it. People generally do not like snakes. Maybe it’s the slit eyes. Maybe it’s the scales. Maybe it’s the creepy legless locomotion. Even the writers of the Bible, in Act One, human being Scene One, make the snake in the Garden of Eden Villain #1. It’s like we’re carrying a grudge or something.


My new novel from Severed Press is Curse of the Viper King. And, spoiler alert, it has a giant snake in it, but the cover might have given that away. 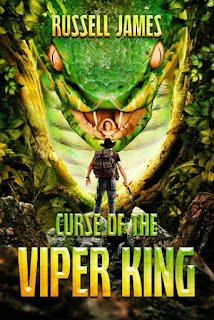 In Curse of the Viper King, Professor Grant Coleman and activist Janaina Silva are lost in the Amazon. They come across a logging team and hope they can hitch a ride home through them. But workers discover the remains of a giant snake that send them into a superstitious panic. Then that night, giant spiders arrive. The survivors of the attack find that their only hope for salvation lies in the lost Aztec temple of the infamous Viper King. But they have to get there and back alive.

The snake’s universal ability to induce chills puts it at the top of my fictional monster list. But my giant snake isn’t completely fictional. 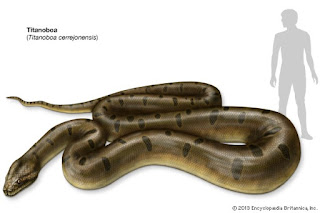 Titanoboa was an actual snake from about 60 million years ago. Fossils of it have been found in South America. It grew to an estimated 13 meters long (42 feet) and weighed about 1,135 kilograms or 2,500 pounds. It could coil around your car with a lot of snake left over. That’s a major snake. In my story it has survived in a lost pyramid in the depths of the Amazon jungle.

But this bruiser of a serpent likely killed by constriction, which is way too slow for an action story. Imagine three pages of “It squeezed him again.” So my snake is a cross with a venomous pit viper. These things are lethal as hell. How about being injected with a gallon of poison venom from a giant one? Definitely a mood killer. 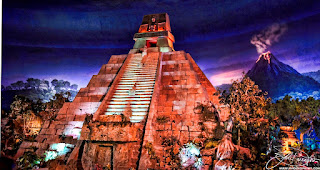 But you say “How could a snake survive so long in the pyramid?” There’s an answer there in science as well. Snakes do go into periods of hibernation, called brumation, like the giant viper in the story. Garter, queen, and corn snakes specifically do it, just not for hundreds of years.
Sometimes it doesn’t take a lot of creativity to bring a monster into the fictional world. Mother Nature has already laid the ground work. Snakes are a great example.

You can find Curse of the Viper King here: 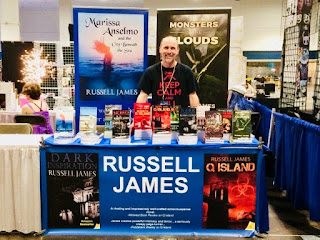 Russell James grew up on Long Island, New York and spent too much time watching late night horror. He graduated from Cornell University and the University of Central Florida. After flying helicopters with the U.S. Army, he now spins twisted tales, including paranormal thrillers Dark Inspiration, Sacrifice, Black Magic, Dark Vengeance, Dreamwalker, and Q Island. His Grant Coleman adventure series covers Cavern of the Damned, Monsters in the Clouds, and Curse of the Viper King. His wife reads his work, rolls her eyes, and says "There is something seriously wrong with you."