The Cornish Witches of Saveock

My new novella – The Malan Witch – takes place in a remote coastal area not unlike Cornwall. It is peaceful, tranquil – except for the activities of two of the most evil witches you could ever encounter. The sisters were burned centuries earlier for their crimes, but the site of their former home is soaked in their heinous, demonic practices.

Mercifully, these two devil sisters never actually walked the earth, but the practice of witchcraft most certainly did – and indeed does – exist. Thankfully, in most cases we are talking about good or so-called white magic. Indeed, in centuries past, most (if not all) witches executed in various torturous ways were guilty of nothing more than being ‘wise women’ who knew a thing or two about how herbs and natural remedies worked. Then one day they upset one of their neighbours and, before you could light a candle, they would find themselves being poked and prodded for the infamous ‘witch marks’. Anything would suffice – a small mole, a wart, a tiny patch of eczema. Most of us have something the witch hunter would proclaim was a mark of the devil.

In Cornwall, a coven of witches managed to evade detection, maintain their secrecy and continue practising their benevolent craft from the 1640s until at least the 1970s. Archeologist Dr. Jacqui Wood discovered pits lined with animal skins, carcasses of birds and feathers which, it is believed formed part of a fertility ritual.

The site is in a tiny hamlet called Saveock near Truro where two unmarried women lived, practising their craft and passing on its secrets. They were believed to be part of that secret coven until they died in the 1980s. The most recent of the small pits used synthetic orange baler twine only used in Cornwall since the 1970s, while the earliest witch pit dates back to the 1640s and is lined with a slaughtered swan (the bird symbolizing fertility), which had been turned inside out.  Claws belonging to other bird species and a small pile of stones were also found in it. The killing of swans has been illegal since the 11th century.

Other pits are lined with the skins of cats and dogs along with bird’s eggs containing soon-to-be-hatched chicks.

Dr Wood believes the pits were dug by young women desirous of becoming pregnant and could be an offering to St Brigid of Kildare in Ireland – the patron saint of newborn babies.

All in all, carbon dating has revealed that the site has been in continuous use since the 1640s, and there are over forty pits – each one unique, but all roughly the same size, measuring 42cm long x 35cm wide and 17cm deep. Dr Wood believes it is highly probable that members of the coven are still active today.

That this coven has managed to continue to exist despite contravening laws of the land and the prevailing prejudices of the times bears testament to the determination of a dedicated group of women who, no doubt, passed on their secrets from mother to daughter – with not one weak link. 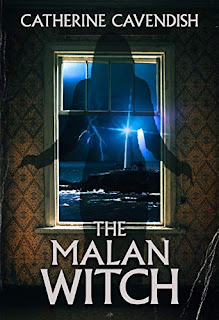 Naught remained of their bodies to be buried, for the crows took back what was theirs.’

An idyllic coastal cottage near a sleepy village. What could be more perfect? For Robyn Crowe, borrowing her sister’s recently renovated holiday home for the summer seems just what she needs to deal with the grief of losing her beloved husband.

But behind those pretty walls lie many secrets, and legends of a malevolent sisterhood - two witches burned for their evil centuries earlier. Once, both their vile spirits were trapped there. Now, one has been released. One who is determined to find her sister. Only Robyn stands in her way.

And the crow has returned.

You can pre-order The Malan Witch here: