Don't play the game...
In 1893, Evelyn and Claire leave their home in a Yorkshire town for life in a rural retreat on their beloved moors. But when a strange toy garden mysteriously appears, a chain of increasingly terrifying events is unleashed.
Neighbour Matthew Dixon befriends Evelyn, but seems to have more than one secret to hide. Then the horror really begins. The Garden of Bewitchment is all too real and something is threatening the lives and sanity of the women. Evelyn no longer knows who - or what - to believe. And time is running out. 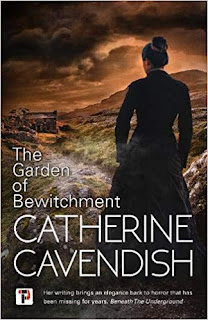 “The Garden of Bewitchment is everything you want in a modern ghost story.” – James Lefebure, Modern Horrors
“Cavendish draws from the best conventions of the genre in this eerie gothic novel about a woman’s sanity slowly unraveling within the hallways of a mysterious mansion...Fans of gothic tropes will appreciate the atmosphere and intensity of this horror tale.” – Publishers’ Weekly
"Classic Gothic terror" - Horrifiedmagazine.co.uk 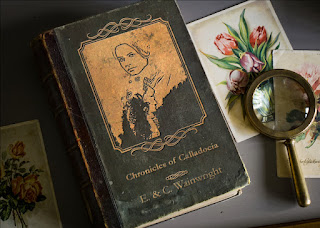 “Cavendish is a master storyteller” – ihorror
“A brilliantly written, atmospheric and goosebumpy read. You’ll never look at a doll’s house in the same way again!” – The Bookwormery

“Atmospheric and rich in detail, Cavendish masterfully draws the reader into the slow-burning horror that makes well-crafted Gothic literature so delightfully addictive.” – The Nerd Daily

“A unique and haunting tale” – A Reviewer Darkly

“When you sit down with a Catherine Cavendish story, you are guaranteed three things – a haunting atmosphere, a wild imagination, and fascinating characters.” – She Leads, He Reads 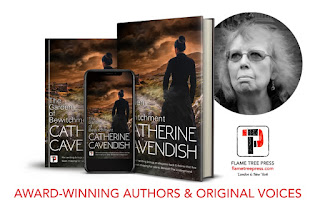 The Garden of Bewitchment is yours for just 99p/99c but hurry. Offer ends January 16th right here on Amazon