Living with Ghosts, and Other Dark Observations 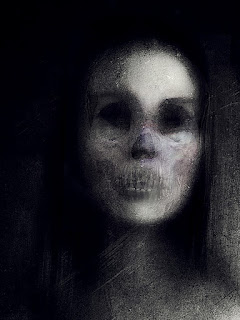 At this time of the year, what better than a ghost story? It's a tradition, isn't it? And how much better when that ghost story happens to be true?

I have often been asked (understandably, given the nature of what I write) if I believe in ghosts. I answer, ‘yes’. The next question is invariably. ‘Have you ever seen one?’ Again, ‘yes’ is my response. People want details. I tell them, but, of course such phenomena can be explained away by the sceptical. ‘A trick of the light’, ‘Your imagination playing tricks on you,’ or the incredulous look behind which lurks, ‘you’re weird’. All, of course, are quite possibly true (especially the latter), but I have seen and heard a lot of things I couldn’t quite so easily explain.

For a number of years, we divided our time between a flat in North Wales and a house in Liverpool. The house in Liverpool contained nothing particularly ghostly – although I did once see the apparition of the cat I grew up with who, at that time, had been deceased for around four years. This was a happy experience that stayed with me for weeks.
The flat in North Wales on the other hand… Okay, I'm going to say it. We lived with a ghost. There is no getting away from it. In fact the building itself continues to be haunted by more than one restless spirit – and one of them was caught on camera! 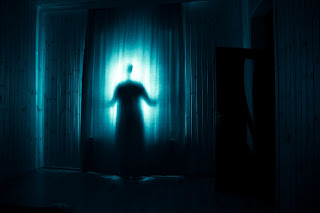 The building dates from the mid-eighteenth century and has gone through many different configurations as shops and homes. The ground floor is now a social club with a two-floor flat above. This was unoccupied for many years until we moved in following extensive renovations. Almost immediately things started to happen. They were mostly homely, welcoming events as if our invisible ‘visitor’ wanted to make us feel comfortable.
We would sometimes arrive to find the TV and/or lights switched on, and, before you say we had carelessly left them on before we left a few days earlier, we hadn’t. We had checked that everything was switched off just a few minutes before we left. In the case of the TV, even if we had left it on, the set would have automatically switched itself off after a couple of hours of inactivity. And no, sorry, no-one else had access.
Meanwhile, in another part of the building, used by the club, other things were happening. In the Snooker Room, chalk was regularly moved, as were beer mats, and then, at around six one morning, my husband came down to our kitchen, whereupon he heard the distinctive sound of the club's upstairs gents’ toilet flushing. This is next to the Snooker Room and on the other side of our wall. My husband logged the time precisely, thinking that maybe the cleaners had arrived unusually early. 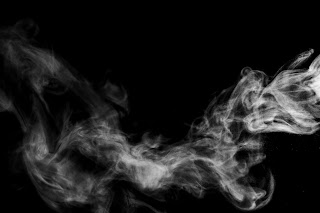 When, mid-morning, he heard the sound of the barman arriving to start his shift, my husband, who was Treasurer, went downstairs to the club and asked to check the CCTV. Evidently the cleaners had arrived later, at their usual time, so who had been in the Gents? Fortunately CCTV was trained on the area immediately outside it. As my husband watched and, at precisely the same time as he had logged the flushing of the toilet, there was a distinctive, fast-moving, waft of white smoke across the camera. He continued to watch. Nothing else happened. Other staff watched it. I watched it.
No one has yet been able to explain it. There was no one there or we would have seen them. The cameras were installed to ensure no hiding place for anyone entering or leaving the building and they are motion activated. They were all in perfect working order when the incident happened.
Since then, things have continued to move from time to time in the Snooker Room and a couple of the bar staff have been so unnerved by the goings-on there that they have refused to go up there alone. One of the staff was certain he heard his name called one night when he was locking up after everyone had gone home. He was so sure of what he had heard that he answered. There was no one there. 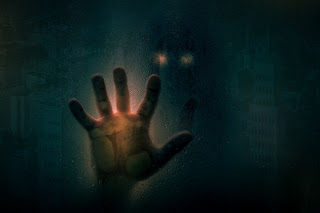 A psychic-medium was shoved violently when she entered the room (with no prior knowledge of its reputation). I was pushed violently backwards and forwards before being thrown off the stair. The injuries I sustained were so severe, the doctors at the hospital couldn’t believe only one stair was involved.  I have never been in that room since.
Thankfully, the ghost in our flat was always friendly. My husband was often aware of her moving around when he was there alone, and there was the curious incident of the washing machine – the detergent drawer was mysteriously and impossibly pushed out when it was operating. For all the years we lived there though, neither of us ever felt threatened in that flat and now, three and a half years later, that flat is once again empty...
Or is it?
Now, if you want to be transported back in time to experience more ghostly and demonic goings-on, try this: 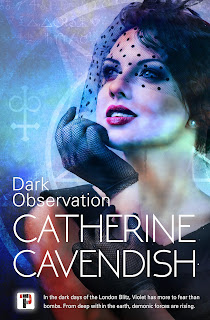 Eligos is waiting…fulfill your destiny
1941. In the dark days of war-torn London, Violet works in Churchill's subterranean top secret Cabinet War Rooms, where key decisions that will dictate Britain’s conduct of the war are made. Above, the people of London go about their daily business as best they can, unaware of the life that teems beneath their feet. 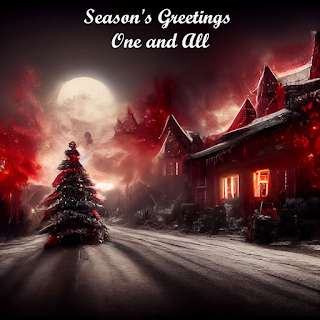 Thank you all for your support throughout 2022. Here's to a happy, healthy and peaceful New Year!
Images:
Nik Keevil and Flame Tree Studio
Shutterstock
Posted by Catherine Cavendish at 14:47