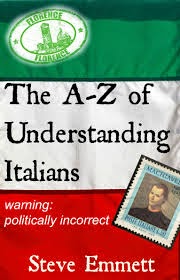 As some of you will know, my husband and I recently spent a lovely week in Italy, sampling the delights of Pompeii, Herculaneum, Paestum, the Amalfi Coast, assorted volcanoes and a few bottles of Prosecco. Needless to say, I took my trusty copy of The A-Z of Understanding Italians by Steve Emmett with me. Now, if you haven’t already got your copy of this indispensable little book, I suggest you remedy that right now because, I’m telling you from experience, very little of what you encounter in Italy will make sense without it.

I’ve asked the author of this little gem – my friend and fellow horror writer, Steve Emmett – to join me today as I share with you some of my experiences, in particular those relating to road etiquette. Steve is eminently qualified to shed light on the quirkier aspects of Italian life as he lived there for many years. 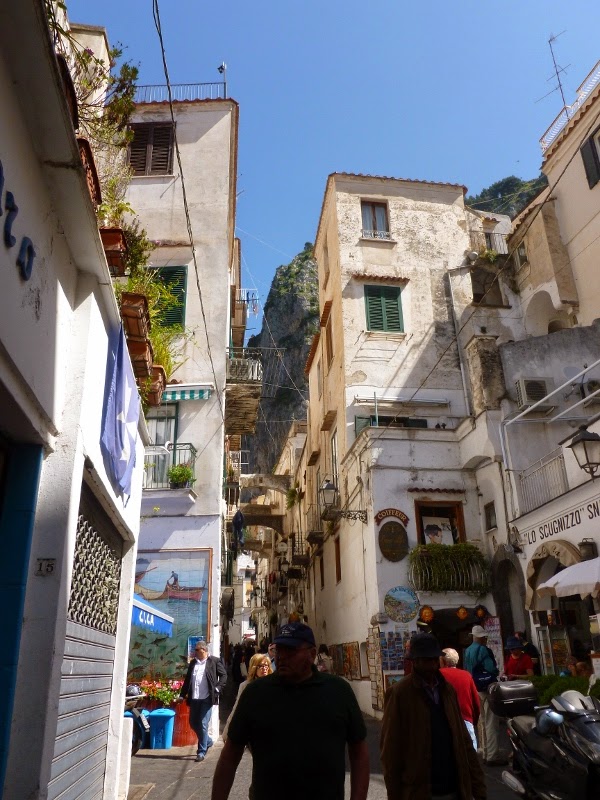 Now, Steve, let’s talk about road behaviour in Italy. The first thing we encountered was the Italian disdain for traffic lights, signals and even directions. We were on a coach, on a single lane carriageway, about to join the autostrada when, all of a sudden, this bloke in a car came towards us. He swerved onto the side of the road, narrowly missed us and sped off, to the accompaniment of much horn blaring and gesticulations from other drivers. I understand that this is quite usual behaviour in Italy. Surely this must lead to tons of accidents – although, I have to say, I never saw one.


Steve: It is amazing that there aren’t more accidents and fatalities to be honest. Whenever I used to raise the issue of their aggressive and foolhardy driving, my Italian friends used to say that it makes them very safe because they drive fast, take ‘calculated risks’ and, as a result, their reaction times are the best in Europe. But I have my doubts. Did you notice how many cars did NOT have scratches and knocks? I had a colleague who used to insist on driving me around in his Mitsubishi off-roader whenever I visited. He was all of 5’1” and used to have his seat fully forward, hunched over the steering wheel, leaning forward to peer out of the windscreen. I guess he was keen to keep his eye on the car in front, which he kept at a distance of 1cm while maintaining a speed of no lower than 100Km/h. He used to laugh when I told him he would have an accident. The last time I saw him he was on crutches and the Mitsubishi was no more.


Now you mention it, pretty much every car I saw - even the big, flash ones - had dents and scrapes in the paintwork! Another time, we were enjoying a beer in the main square of the little town where we were staying. Cars, vans and those infernal little Vespas and Hondas (more of them later) jockeyed for position, as they converged on the square from any one of four different streets. It seemed that whoever had the loudest horn had right of way. A local policeman, all dressed up in his smart uniform, just stood and watched them. When the inevitable snarl up happened, he watched it for a while and then wandered off back to his car. Is this usual? 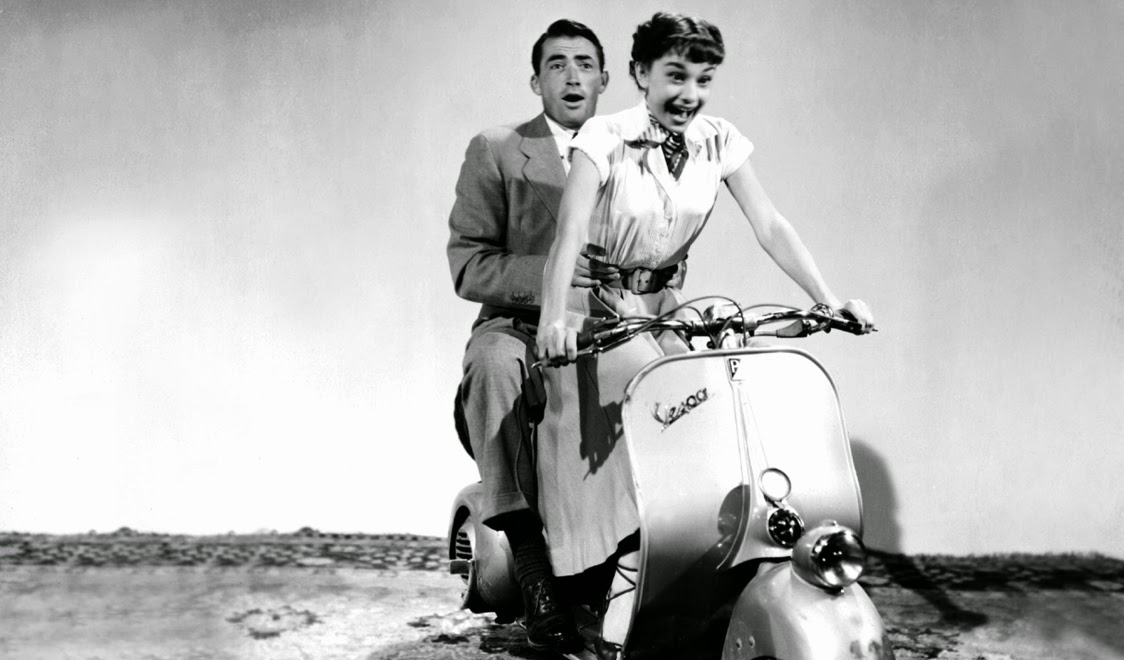 Steve: Whaddya mean, infernal Vespas? I love them and you cannot be an Italophile if you don’t! But yes, why would the policeman want to risk spoiling his uniform by doing any work? It’s all image, you know. 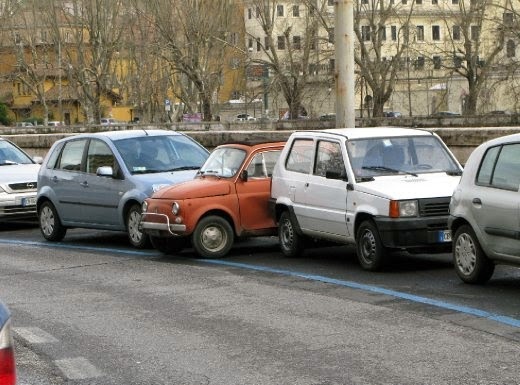 Another thing we noticed was the Italian attitude to parking. It seems that, in Naples at least, if a driver cannot find a suitable parking space he (or maybe she, but we mainly saw males doing it) just stops his car anyway – even if it blocks the road. Much gesticulating and colourful language from angry fellow drivers may ensue, but the police seem to vanish into thin air and the car stays ‘parked’ where it is until its owner returns. Is this a peculiarly southern Italy thing or does it happen everywhere?

Steve: It is worse in the south. The further you get from the Swiss border, the more relaxed the Italians become, and that includes in their attitude towards parking. You have to remember that Italians do not have a sense of personal space like northern Europeans and tend to think of what they want – I am told it’s a result of centuries of fragmentation. So if Giovanni needs to stop the car and he blocks you, so what? Why would you mind? It isn’t an aggressive action at all. Daft maybe, but aggressive, no.

The most entertaining parking I saw was in Rome. A mid-sized Fiat pulled up to assess the size of the space between two cars and decided to go for it. When the space proved too short, a bit of gentle shunting back into the front grille of one, and forward into the boot of the other soon solved the problem.

That explains quite a bit.

Our coach was negotiating the steep climb up Mount Vesuvius when a carload of policemen flagged us down. They were coming down the mountain. They casually told our driver that another coach was on its way down and its gearbox had failed. Our driver, equally as casually, acknowledged the warning. The police drove off and we carried on. A couple of minutes later, this coach comes hurtling down the road. Its driver and occupants – who all looked as if they might be Italian – seemed unperturbed by it all, whereas us Brits feared for their safety. Are Italians just naturally braver than we are? 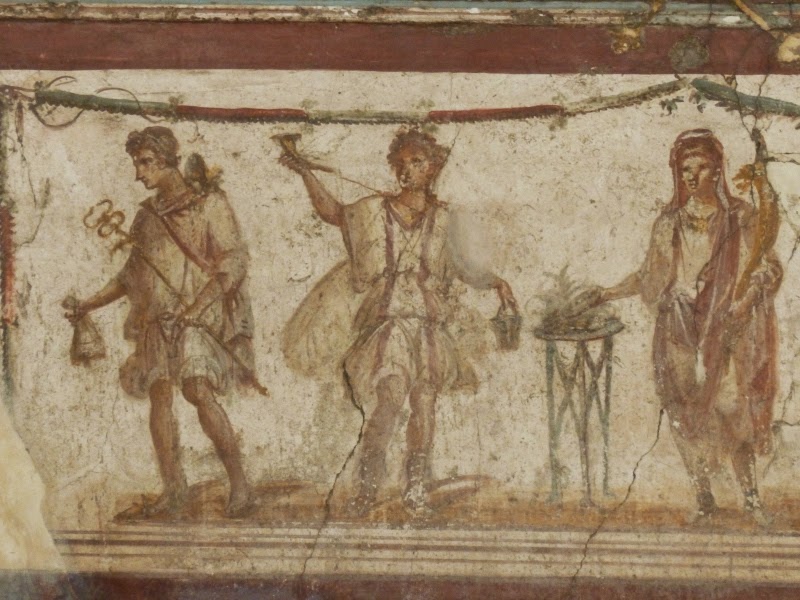 Steve: The line between bravery and stupidity is so thin that you don't know you've crossed it until you're dead.


Now then – those Vespas and Hondas. Nifty little things, I grant you. But they’re everywhere. And I mean everywhere. You think you’re in a pedestrianized area and, all of a sudden…well, put it this way: We were ambling along a crowded street in Amalfi, minding our own business and looking in the windows of the many souvenir shops when, all of a sudden, I was caught in a pincer movement between a Vespa, ridden by a chap in a bright yellow helmet and a Honda whose owner was a young woman dressed from head to toe in black leather, with sunglasses and a determined, slightly aloof look. Neither spoke. I, on the other hand, squeaked and leaped for safety. From the casual way they rode off I can only assume this is a regular occurrence, would I be right?


Steve: Cat, you’re getting the hang of it now. Soon you’ll be able to survive in Italy all on your own. Just wait until you are sitting inside a trattoria and a Vespa buzzes past your elbow – it will be the chef, late again.


I think I would need liberal doses of Valium - or even more Prosecco! 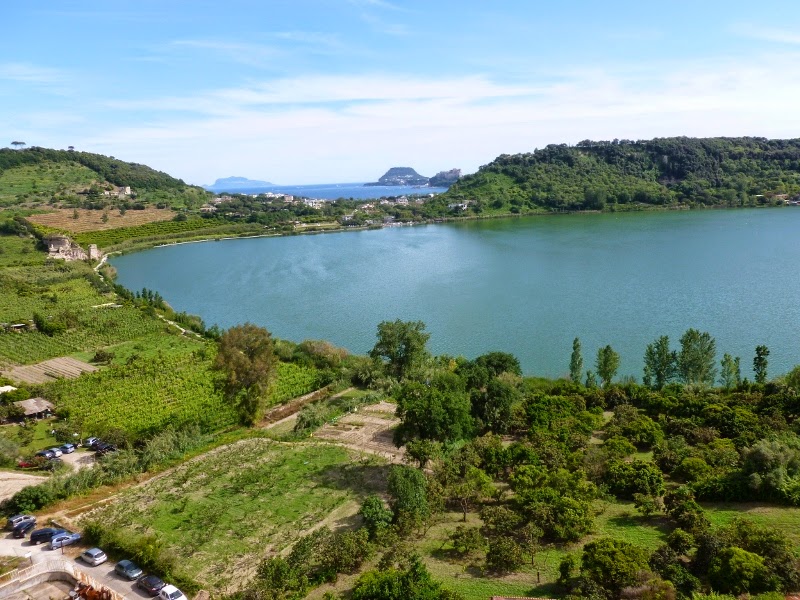 Onto another subject. I understand that the Naples area is the most densely populated in the whole of Italy – three million people. And they are all living in the shadow of Vesuvius which, it is thought, will erupt again before long, creating much the same catastrophic devastation as occurred in AD79. Do Italians have a death wish? 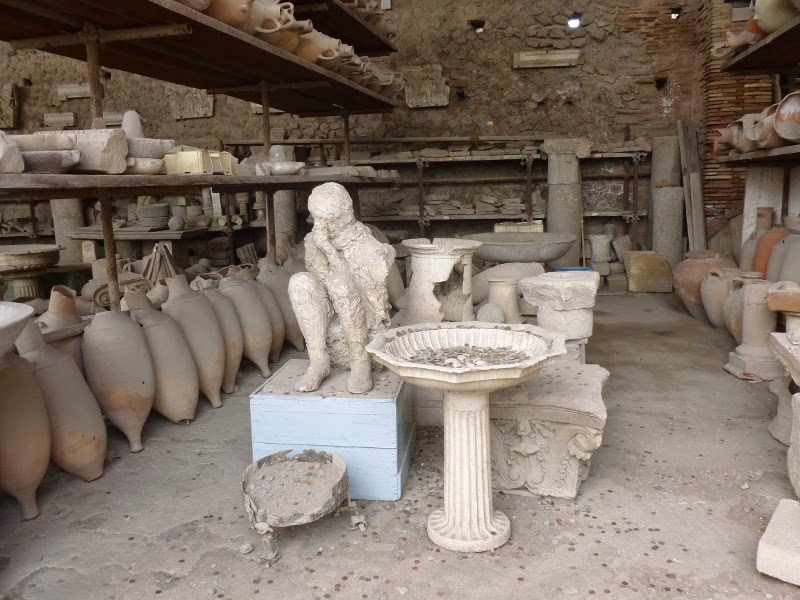 Steve: You forget that even the biggest mob boss with blood on his hands is a devout Catholic and the entire nation has god on their side. And they go to confession. So they will be saved. I also refer you to an answer I gave some moments ago ;-


Well, I have to say that despite several instances of my life flashing before my eyes and having to leap out of the way just in time to avoid being mown down by a Ferrari on a pedestrian crossing, I had a wonderful time in Italy. Pompeii and Herculaneum were stunning, the food and wine were delicious, and nothing can beat sitting on our balcony, resting our weary feet while gazing out over the Bay of Naples at the deceptively peaceful Vesuvius. What are your fondest memories of your time in Italy?

Steve: Oh, so many, Cat. Despite my love of poking fun, the people. I laughed so much when I lived there. Then: sun, big skies, the light, the rain, the wind, the thunder, lightning, sand storms, food, wine, nature, sea, sand, cicadas, driving over vipers and hearing them go ‘pop’, endless nights down the garden with the fireflies – and the buzz of Vespas in Rome and Florence. 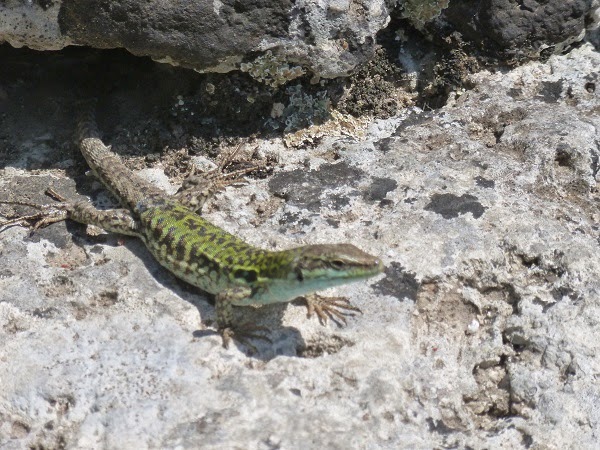 Ah yes, now you mention the wildlife, I fell in love with these little lizards. They were everywhere - one even came to visit us on our balcony. So sweet. The one in the photograph deliberately posed for his close-up, then scurried away. But you can keep the Vespas!

Thank you for being my guest today, Steve!


You can buy The A-Z of Understanding Italians here:

Steve Emmett is a British author, occasional book reviewer and a member of the Society of Authors. Born in Harrogate, the genteel Yorkshire spa town where Agatha Christie hid away from the world thirty-two years earlier.

But Steve’s home town is actually Knaresborough, once a fiercely independent Urban District Council which was led for many years by Steve’s grandfather William Emmett. Knaresborough is now part of the Harrogate District and retains a small Town Council with little power. In the 1980s Steve served on both councils before breaking loose and heading back to big city life. Knaresborough is famous as the home of Mother Shipton, a cave-dwelling hag who foretold the future. Was she a witch as some say? Doubtful, but as a child Steve often visited her cave and petrifying well. He thinks this may have something to do with his interest in the dark and mysterious.

After attending King James’s (Grammar) School in the town Steve went to the York College of Arts and Technology where he took a diploma in construction and surveying, then to the Architectural Association School of Architecture in London where his eyes were opened.

Steve’s Yorkshire father had no time for the artistic talents being developed at the AA and all but dragged him back to Knaresborough to provide slave labour for the ‘family building firm’. After building a few highly compromised houses Steve returned to London in 1987. For over twenty years he ran his own real estate agency specializing in Italian country homes and, for almost ten years, lived by Lake Trasimeno in Umbria, the setting for his horror thriller, Diavolino.
Born at the end of the 1950s, Steve grew up on Dennis Wheatley novels and Hammer Horror films, and on many occasions started to put pen to paper. Completely dissatisfied and unfulfilled with his career, Steve decided in 2008 that he wanted to write and began Diavolino. Right now he is completing three dark, psychological novels and some short stories. Steve’s work is influenced by the writing of John Ajvide Lindqvist, Stephen King, M R James, Anne Rice, Yasmina Khasra and Joanne Harris (and one or two others), but he has his own distinctive style. Steve is an avid reader of horror and psychological suspense, and works as an occasional reviewer for the New York Journal of Books. He currently lives in the Yorkshire Wolds with his long-term partner, and visits his adult son in London as often as he can.


Steve is a member of the Society of Authors, the British Humanist Association and a BHA Funerals Celebrant, and a member of the committee of Galha LGBT Humanists. He is about to start work on a full-length humorous novel loosely based on his adventures in Italy.