My guest today is budding writer and the first person to receive the Horror Writer’s Association’s scholarship, Jim Pyre.  Jim is sharing his thoughts and frustrations on becoming a “legitimate” novelist. 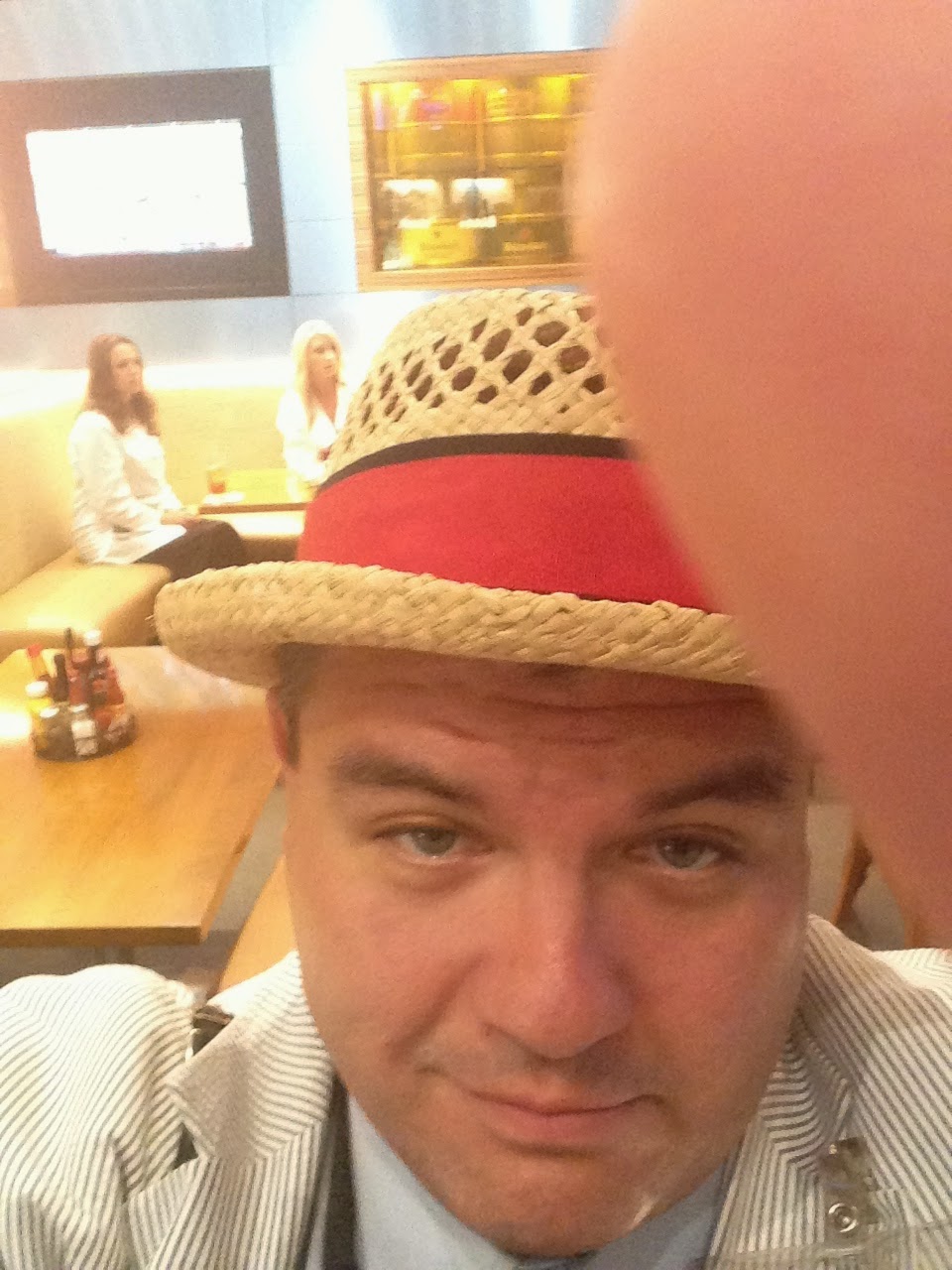 I’ve collected stories about the weird as long as I can remember.  Do you remember Mysteries of the Unknown, Fate Magazine, or even UFO Report?  I have them. I have them all.  (I might be a hoarder, but books and such…they don’t count.)

Admittedly, I own a great deal of DVDs, CDs, and even VHS tapes.  They contain everything from Patterson footage to Hill testimony.  I can’t get enough.  I’m even a bit of a ghost hunter in my own right.  Have I even experienced anything?  That’s for a different venue.  Has it effected my choice of fictional reading?  Goodness yes. 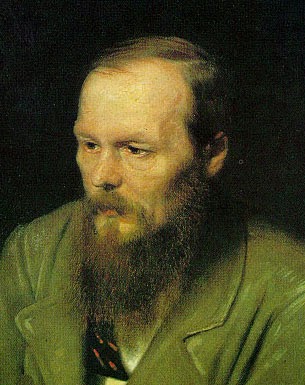 When I was much younger I read the “Greats.”  Hemingway, Faulkner, and Dostoyevsky.  I enjoyed them all, there is no argument that they have earned their spots in humanity’s hall of achievements.   In a sense though they did me disservice.  I enjoyed writing, but did so gingerly.  However, when I finished the greats it’s as if I stood before Everest.  Better people would been up to the challenge or would have at least tried.  I assumed writing a good story was insurmountable.  I became just a brick in the wall.  Went to school, more school, and settled into writing briefs and demand letters.  Adamantly. Even my reading suffered.  I was a preverbal reading snob….You know, like those dorks you hate in your book club.  You know it’s true! 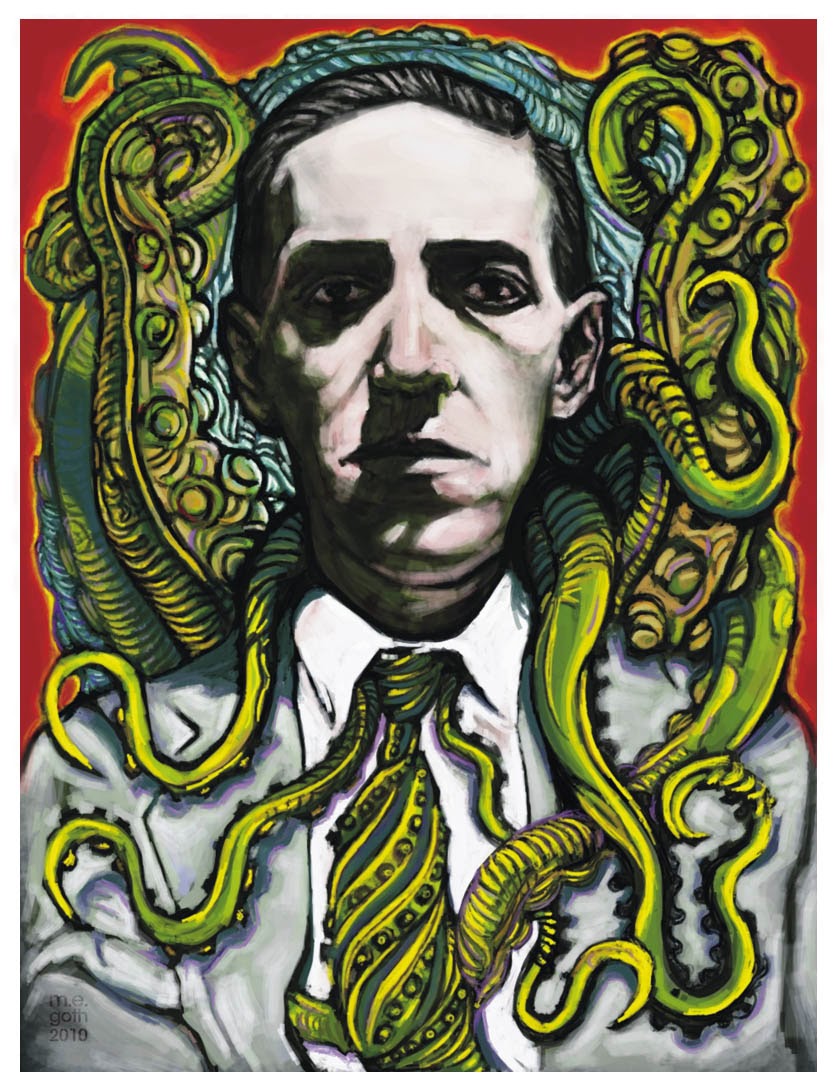 There was still a spark in me through, slumbering I suppose.  Then I read Chandler, King, and Lovecraft. Raymond Chandler gave me a love of Noir. Shockingly, I read Pulp Fiction and loved every minute of it.  I also learned that he was 45 when he began to write.  He was a writer, and he started later in life.  The spark in me shined just a little brighter.  Then Stephen King taught me Horror could be sharp, relevant, and even funny.  I was hooked.  Then from him I went to Herbert Lovecraft.  I know the guy carried a lot of baggage, but his works blew my mind.

Something happened. It had always been pounded into me…if you wanted to write well you wrote what you knew.  I knew weird!  I started to write. I wrote in my spare time, at home, in my office, whenever I had a spare moment.  I put all my blurbs in a little book I still carry.

Below is my first bit of fluff.   Don’t laugh. I’m not sure have a writer’s thick skin yet.

The wave smashed against the shore. The rhythm of the lake always drew him to this place. It was old, old enough for most of the folks in this backwater town to forget it even existed, but not him. The rhythm would never let him forget.
He had loved her, hadn't he? He showed her this special place. How he could call the things in the lake just by the sound of his lips scratching along reeds. He had wanted to show everyone, but she was special. They had told him to share with only those special girls who followed him to the shore.
He thought of her as he played the reeds to the beat of the crashing waves.

My spark grew and grew. I took another monumental step.  I showed my wife.  Instead of recoiling in disgust, she thought it was pretty good.  (I, of course, discounted her judgment, as being biased by love.)  With her help I took another step.  I started sending my little stories out into the world.  There were many rejections. MANY.  My first acceptance came from a Podcast.  (Something Lovecraft hadn’t even dreamed of when he began his career.)  Tales to Terrify picked up my little fiction.  Here it is: 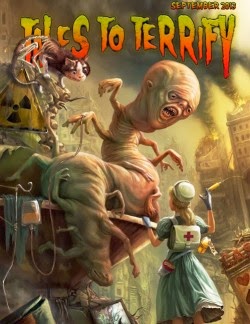 I’m not the greatest guy, at least that’s what my ex says.   I party a little, but who doesn’t want a buzz after putting in concrete slabs all day?  She thought otherwise, at least that’s what the divorce papers said.  It’s hard to imagine that after eight years and a beautiful daughter it would all turn to ash.  I still got to see my daughter once every two weeks though, and that’s after the all the crap about supervised visitation.

When you love a child, it’s like nothing else on earth.  We went to the Zoo, the Park with the little trolley, even the movies.  Problem is being the twice-a-month parent isn’t always a trip to the amusement park.  I only had so much time and so much money.  And let me tell you…beer isn’t cheap.

I grew accustomed to her playing in her new little room in the apartment; now that my house was gone, things needed to be downsized.  She played alone in there most of the time because she didn’t like the way I smelled.  I should have known something was wrong then.

She liked to keep her door closed a lot, especially when she stayed overnights.  I had no problem with that.  Little ladies needed their privacy.  It wasn’t until I heard the voices that I started to worry.  At first, I thought it was the TV, but she didn’t play with it on.  I’d go in to check on her and find nothing.  She was just looking at the wall.  Sitting there doing nothing.  I’d ask her what she was up to.  She would tell me she was playing with her friend.  Kids have imaginary friends all the time.  No big deal.  We made a game of it.  She’d come over and play with her pretend friends.  I’d drink and watch mine on TV.  Things were great until her mother bought those damn paints.

The girl had a knack, I’ll tell you that.  After a while she knew her color wheel and even a little bit of perspective.  Scholarships here we come.  Everything was fine, better than fine…great.  She would go to her room and paint and I’d get down to partying… until I heard the voices again.

It was the first day of spring, things just starting to get green.  Work started picking up again.  I should have called and told her mother I was too tired to for the visit, but I’d be dammed if I’d let her use that against me.  Friday I was at the house promptly at seven, just like the court orders said.  The kid and I were at my place at seven thirty.  No problems.  Imaginary friends for everybody. 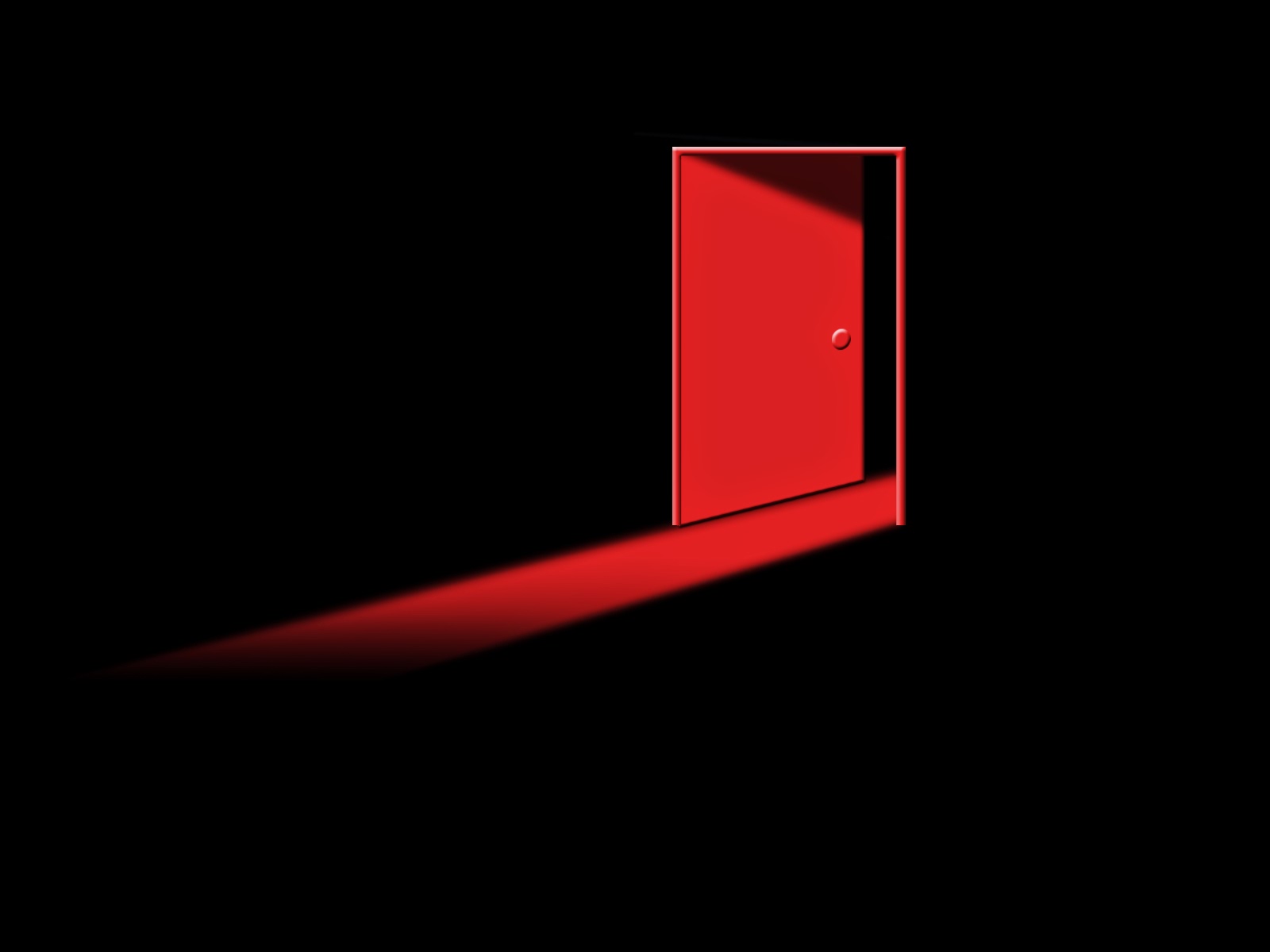 It was about nine when I heard the voices again.  I was walking past her room to the toilet and it was in her room clear as day.  It was a boy’s voice too.  What’s a father supposed to do?  I stormed in ready to catch the little bastard and I saw…a little red door.  It was perfect, except for its size.  She had painted it on the wall.  That same damn wall she would sit and stare at.

What can I say?  It freaked me out.  I got mad.  Mad at her, Mad at the divorce, mad at the whole damn thing.  Things get fuzzy then.  I remember yelling, her crying, and me needing to get rid of the damn door that was at the root of it all.  I threw the beer at it. It hit the wall with a pop and exploded.  I wiped the mess off with my hand and then my shirt.  Then when it was gone; all that was left was a big red stain.  There was more yelling, and finally the quiet of a post-adrenaline haze.
It was hours later on the couch when things went crazy.  I woke up; why I don’t know.  My head throbbed and my mouth felt full of broken glass.  I must have fallen asleep, but I didn’t know for how long.  It was dark though, and only the flickering light of the TV kept the room from total blackness.  That’s when I saw her.  My angel.  She had red paint all over her hands…her face.  “Daddy, why did you do it?  I can’t put the door back and now he’s lost.  He can’t go home.”

It was standing behind her.  Its head attached to its body as if by ribbons.  Its arms nothing more than string, like some creeping dancing nightmare from a child’s mind.  I felt an old sickeningly sweet taste rising from the pit of my stomach as I tried to focus on it.  How it danced behind her, the smile it had on its face.  I did what only a father in my condition could do.  I ran to her…stumbled, slipped on something.  That’s where they found me.

It wasn’t a week like the newspapers said.  I mean how could it be?  I had to bring her back by Monday.  How they found the body in her room I can’t say.  I only remember that thing behind her, the way it shimmied and swayed.  They said a lot of bad things about me at the trial.   I’m beyond all that.  Things should be better now.

They don’t let me drink in here. 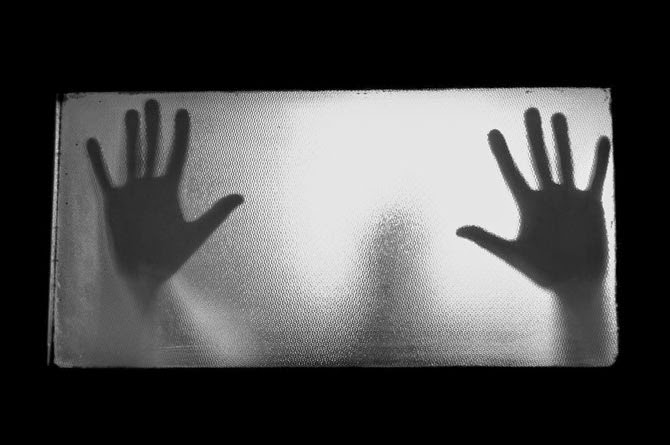 Looking at it now, I think “Yuck.”  I could have done something else, changed that, or added this.  But, I cannot tell you how amazing it is to hear someone else read your story for the first time.  I’ll never forget, it’s up there with birthdays and graduations.  The spark go bigger and bigger…it almost came out of my hide.

When I stared writing my first novel I was frightened and giddy.  Scared because I didn’t think I had the skill.  Giddy because I knew I finally had the drive.  Later, on a whim, I submitted the first part of my novel to the Horror Writer’s Association.  The winner would get a scholarship to improve as an artist.

I was also so incredulous with the result, Rocky, the HWA president had to tell me twice.

So here I am. I’m taking classes, finishing my second draft, and having a lot of fun in the process.

Look at the damn mountain and start walking.

And…er…always listen to your spouse.

You can connect with Jim, tell him a spooky story, hunt some monsters, or just say “hi,” at the following places: